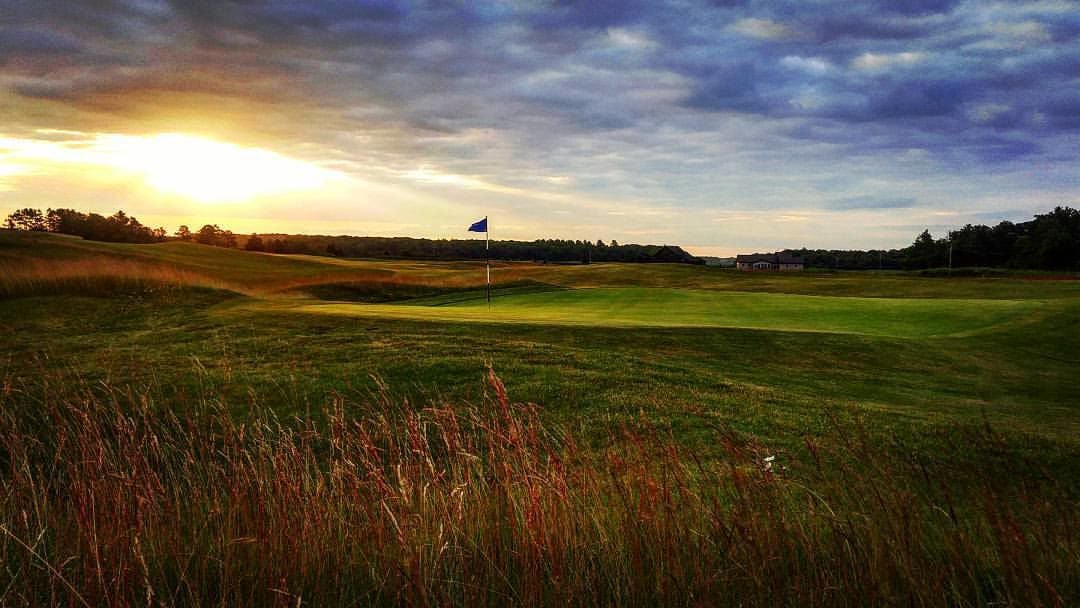 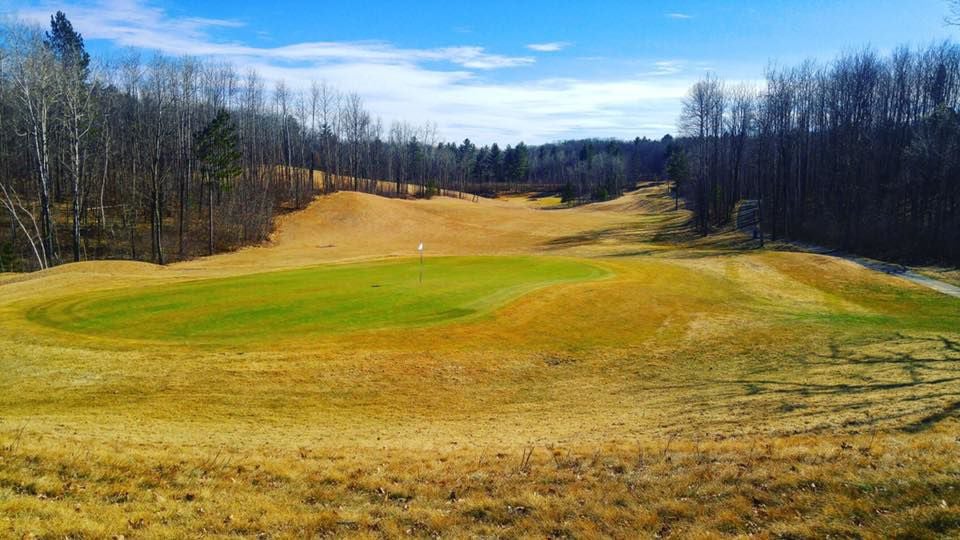 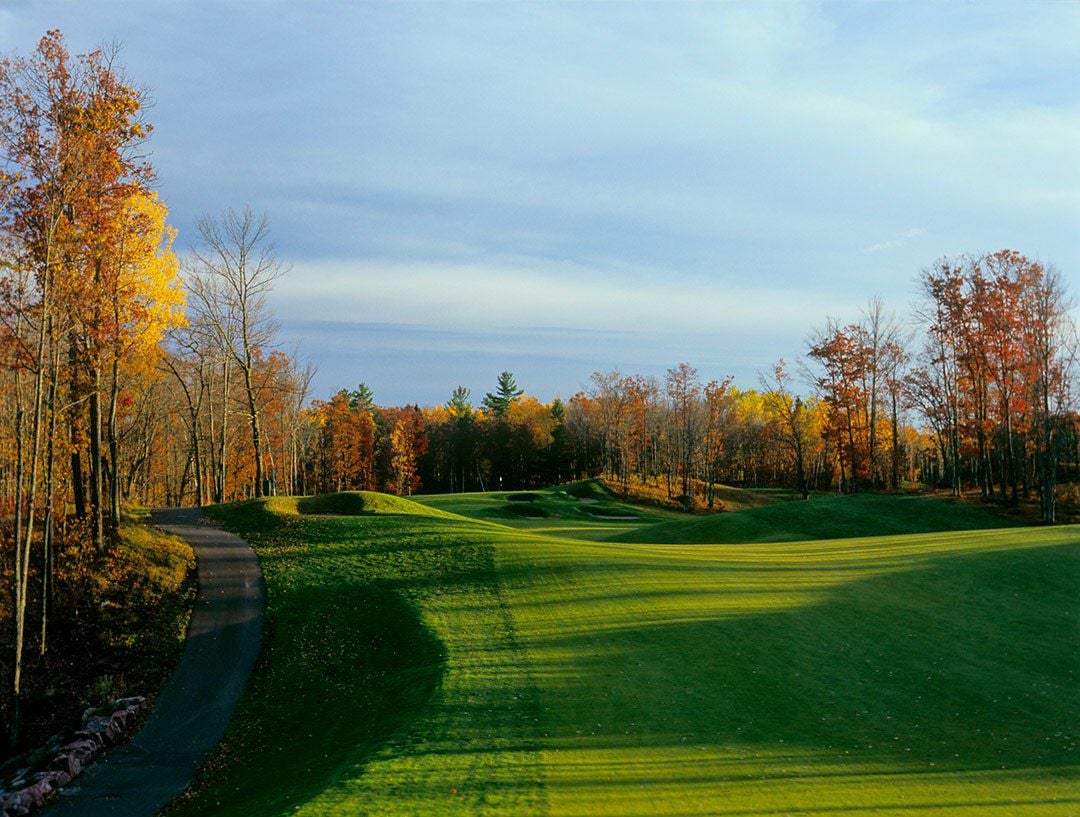 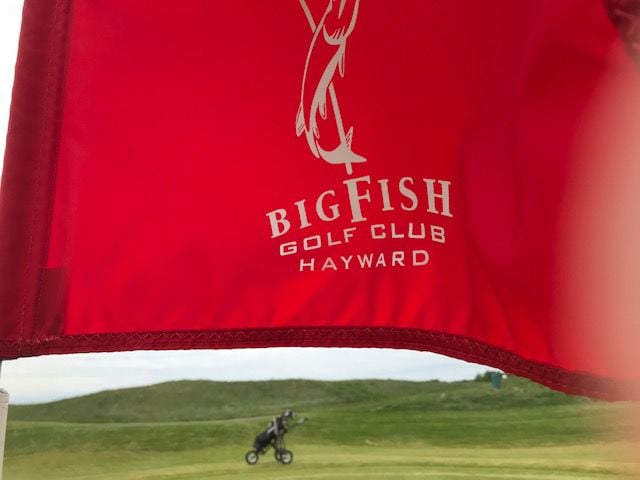 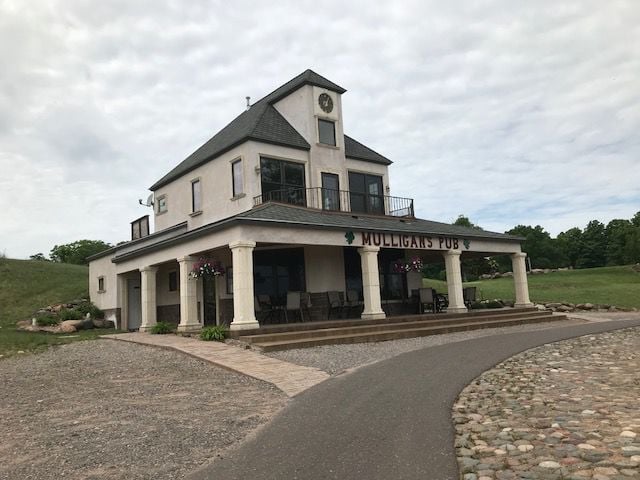 In a sense, Big Fish Golf Club is named for its chief competition.

The Hayward Lakes are filled (or so assures the local Chamber of Commerce) with prized muskies and tasty walleyes, as are the walls of every bar in town. But any golfer who comes anywhere near Hayward to fish would be remiss in not also setting aside a few hours for a round at this course designed by the legendary Pete Dye, who was also the mad genius behind Whistling Straits, Blackwolf Run, TPC Sawgrass, the Ocean Course at Kiawah Island and a host of other great layouts.

Dye’s name alone is enough bait for many golfers. On Trip Advisor, one visiting golfer declared, “what a treat to witness firsthand the genius of a Pete Dye creation…”

But while a famous designer’s name can be a draw, it also creates high expectations for visiting players, said Chris Hofer, director of golf. He freely acknowledged that a few years ago, management issues that led to legal proceedings left insufficient funds for the kind of maintenance a big name course demands and course conditions suffered.

But Hofer said the ownership group began a reinvestment effort in course maintenance, facilities — a new event space was added for weddings and other gatherings — tournaments and more.

Now, “things are headed in the right direction,” Hofer said, and if Dye could see his design today he would be proud of what he has built.

Nothing in my recent round would dispel that. Big Fish is fun, challenging without edging toward punishing and worthy of the many accolades and top ratings it has collected from national golf magazines since it opened in 2004.

Not to confuse the matter, but the course itself is really two courses in one.

The front nine is wide open, mostly flat and almost entirely treeless, resulting in a links style nine that Hofer says many Wisconsin golfers have never experienced. Playing at 3,012 yards from the white tees (or 3,606 from the blues), the front nine closes with a benign little par 3 of just 104 yards in front of the halfway house called Mulligan’s Pub.

If the first nine might have suggested golf in the UK, however, the back nine immediately assures players that they are indeed in Wisconsin’s north woods.

It is every bit as rolling and tree-lined as the front nine was open and barren. There are elevated tee boxes on some holes, blind shots from tees and on fairways and it can be challenging to find many flat lies. Dye’s signature pot bunkers can be found on both nines, but there aren’t many other similarities.

Surprisingly, Hofer said, “the front nine, even though it has no trees, is harder for our members … just because we’re not used to (that style) up here.”

My experience was just the opposite. I struggled more on the back but think a bit more course knowledge would help on those holes.

Despite the closing of several courses in recent years, the Hayward area bills itself as Wisconsin’s golf capital; in addition to Big Fish the regional menu includes Hayward Golf and Tennis, Spooner CC and Telemark GC and Lakewoods Forest Ridges GC, both in Cable. While Hayward Golf gets much of its play from a sizable local membership, Hofer said, 80 percent of the play at Big Fish comes from zip codes outside the area.

“It’s a great variety, and a great place to come for people who are golfers,” said Hofer, who grew up in nearby Winter — the community, not the season — and was first part of Big Fish “when it was still covered in dirt and Pete Dye was walking the grounds with his dog.”

If the Hayward lakes are sometimes competition, they can also be an asset in attracting golfers to the area. Many days, Hofer said, morning play is heavy but by afternoon the golfers become fishermen and trade a golf cart for a fishing boat. Accordingly, Big Fish offers lower greens fees in the afternoon to attract more family play and nine-hole rounds.

Big Fish has a fully stocked pro shop and conveniently located practice range. Mulligan’s Pub offers both food and drink, including on a second-floor deck that provides great views. Stay-and-play packages are available with several local resorts, including with the Seven Winds Casino Hotel just across the highway.

Not to be missed: in downtown Hayward, the famed Moccasin Bar has a number of world class stuffed muskies hanging on its walls and stuffed animal dioramas including chipmunks playing music, yodeling and, of course, drinking beer. And nearby, the National Freshwater Fishing Hall of Fame is housed in a fiberglass muskie that rises four stories high and stretches the length of a Boeing 757.

That is, you have to admit, a big fish.