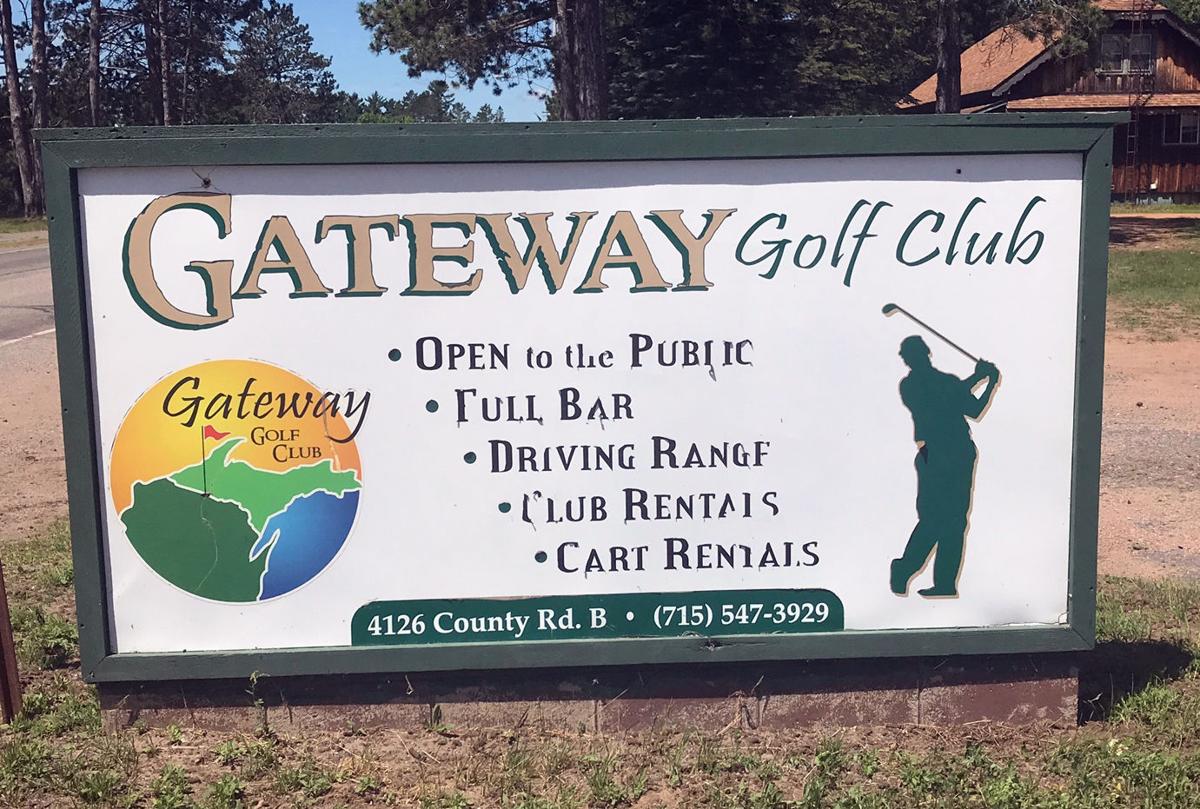 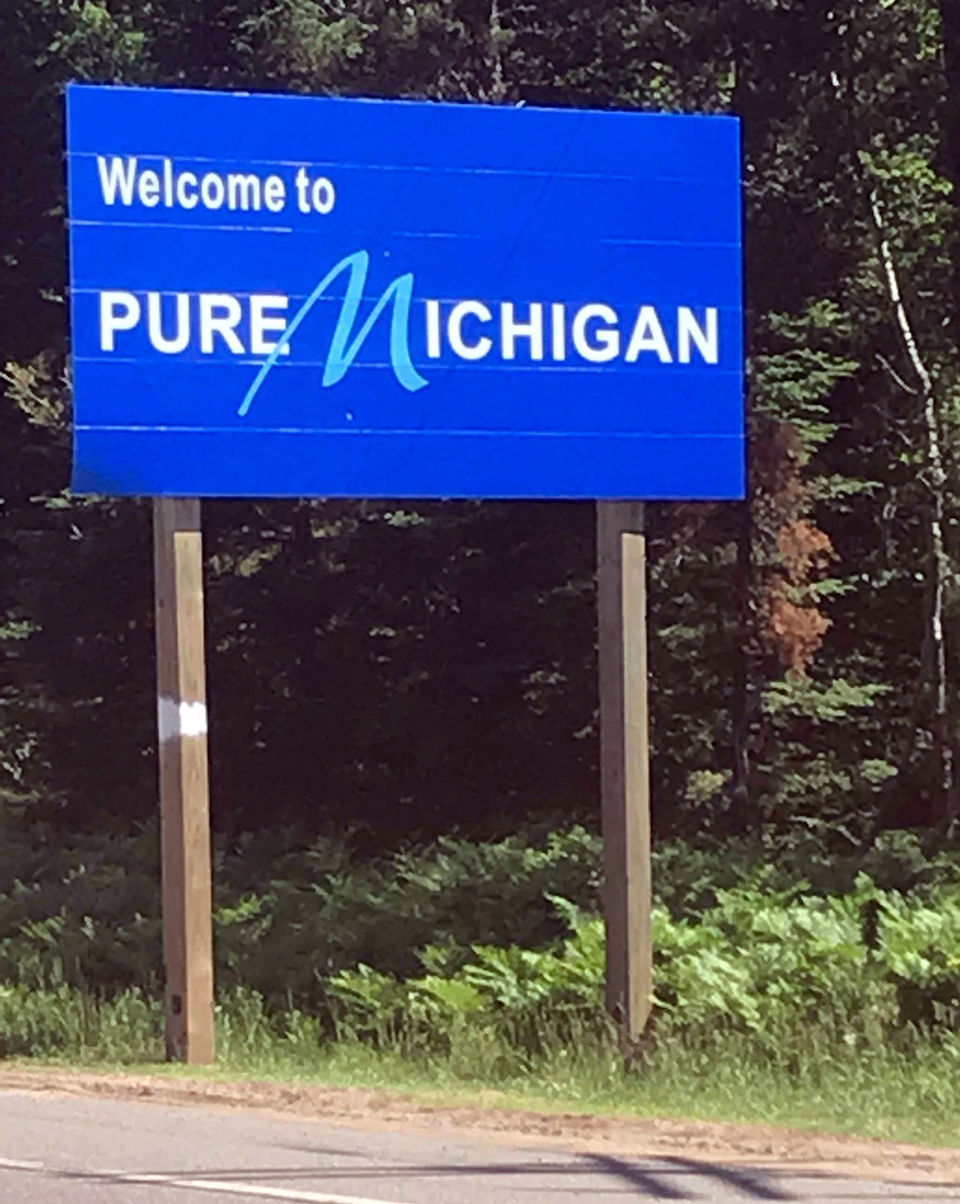 LAND O'LAKES — As nearly every golfer does, I strode confidently to the first tee, “stretched” with a couple of quick practice strokes and then swung like a man trying to hit a golf ball into the next state.

Which is exactly what I did. While I can’t say I hit it a mile, my tee shot carried from the first tee of Gateway Golf Club in Land O’Lakes, Wisconsin, into — as the welcome sign on the nearby highway said —  “Pure Michigan.”

It isn’t every day a golfer can hit a ball from one state to another but when the course is on the border — in this case, where far northern Wisconsin meets Michigan’s Upper Peninsula – it’s easy to do.

The nine-hole Gateway Golf Club stands astride the state line, which means the first four holes are on the Michigan side of the border and the last five are in Wisconsin. If that’s not exactly a claim to fame, cross-border golf is novelty enough to lure more than a few golfers to this area that is also known for fishing, boating, biking and other summer pursuits.

From both the first and third tee, part-owner Mike Nagel said, “You’re hitting it into another state.”

Gateway has been part of the recreation scene in Land O’Lakes for many years. In the 1930s, a wealthy Detroit radio and theater owner named John King selected the site in Vilas County on the Wisconsin-Michigan border to build a grand resort he called Gateway Lodge.

Little expense was spared. King, whose portrait still hangs in the lobby of the rustic lodge across County Highway B from the golf course, used local craftsmen to build custom furniture for lodge rooms and ordered beams made from hand-hewn timbers that were given a burnt brown appearance by applying red-hot irons to the wood. Neon lights were installed under the eaves to make the lodge appear to glow at night. By one estimate, King invested nearly $200,000 in his resort.

In early years, guests were shuttled from the nearby train station by horse and buggy. Later, North Central airline offered flights from Chicago to Land O’Lakes, Nagel said, until the town’s decision not to lengthen the airstrip prompted the airline to move its service to Rhinelander.

Golf was just one of the activities visitors came to enjoy.

The inn had bowling lanes, a billiard hall, dance lounge and rooms for gambling, which was legal at the time (not that government approval of gambling always mattered for some posh northern resorts). The house band for the first seven years was Biaggio Colavecchi and the Kings of Rhythm, and King’s connections to the entertainment industry attracted big name guests at times, including Bob Hope, Lawrence Welk, Mitzi Gaynor and Abbot and Costello.

The golf course, designed by Robert Bruce Harris, was billed for a time as the only one in the country where a golfer could play one round in two states. Nagel said he has heard mentions of other places where that is possible today but doesn’t know for sure if Gateway still corners the market on two-state golf.

Unique or not, the novelty is good for business. Nagel said about half his play is local and half comes from vacationers, and perhaps half of those know in advance of Gateway’s cross-border design. And there’s one other calling card golfers might like to know about, he said as he gave me a brief tour before I began my round.

“It’s kind of a bug-free course,” he said. “There’s a few other courses around here where you have a hard time putting because of bugs and stuff.”

True enough. On my round, bugs were not a problem. Trees, on the other hand …

Gateway is a flat course that is easily walked, and while some holes are mostly open there are enough doglegs and strategically placed pines to make it interesting. The par-36 layout measures 3,211 yards from the white tees (2,903 from the forward set); holes range in length from the rather manly 550-yard dogleg second hole to the relatively modest 140-yard, par-3 eighth.

On the warm summer day I played Gateway, my score was nothing to write home about, but — and I’ve never said this before — I did manage two pars in each state.