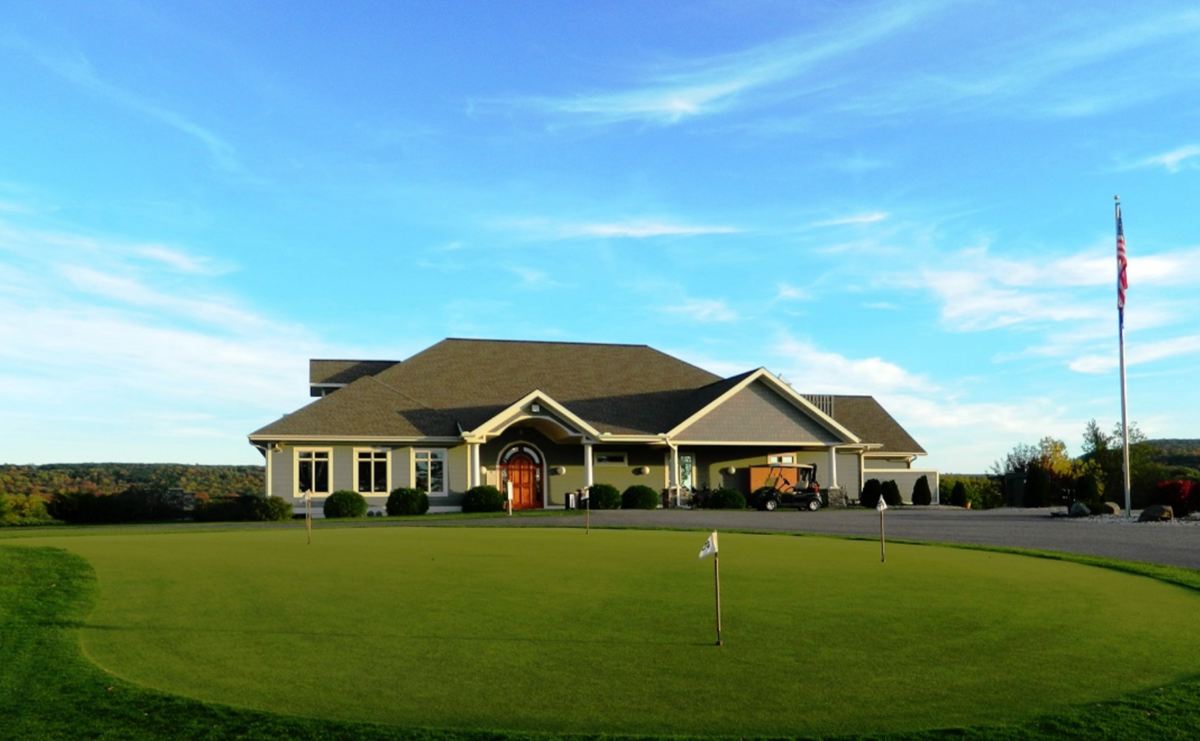 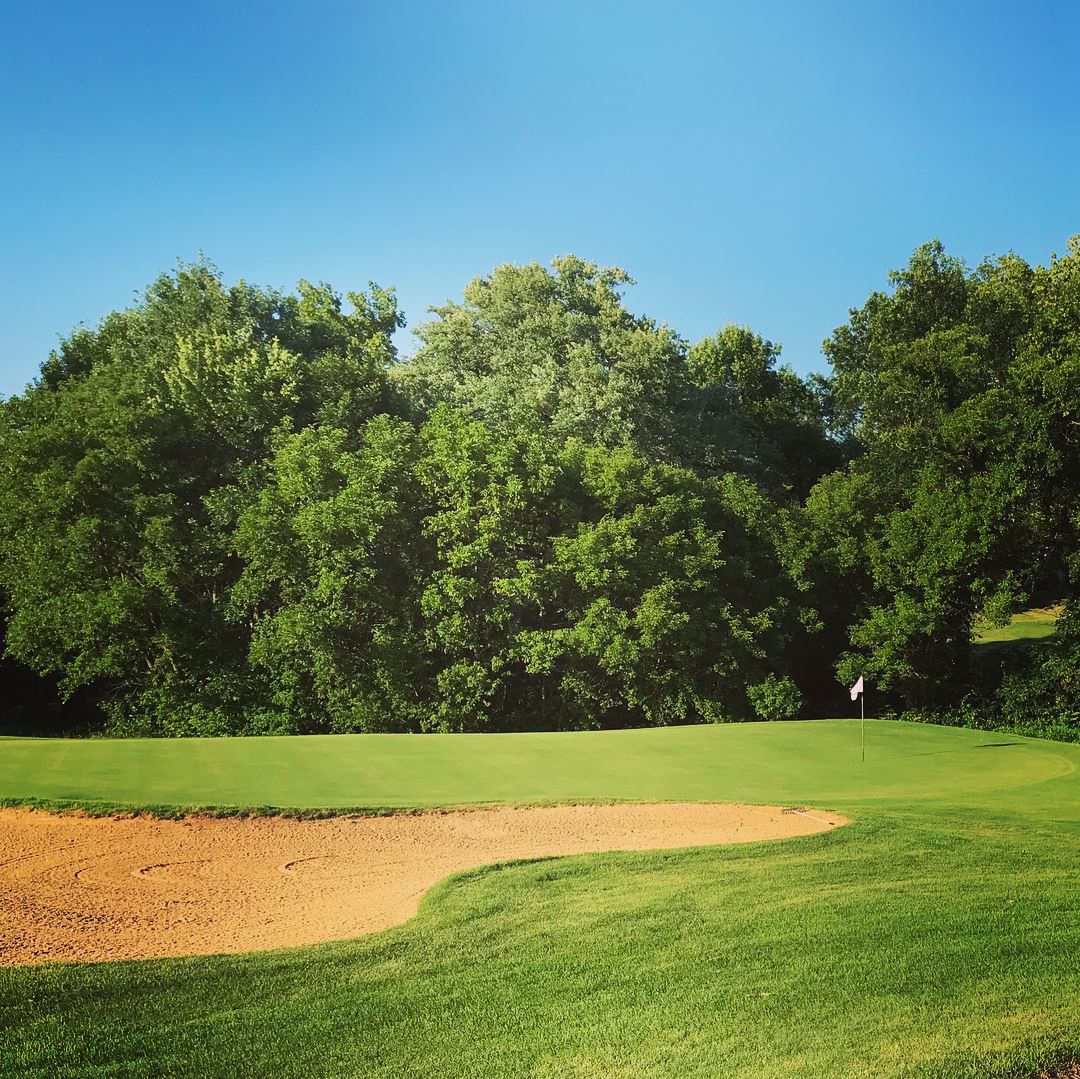 BARABOO — Judging by the Friday night fish fry and the line at the all-you-can-eat salad bar, locals have no problem finding Baraboo Country Club.The place was packed, and the wait staff was moving faster than a downhill putt at Augusta National.

If you’ve never been ‘round these parts, though, it helps to have Siri or Waze take over once you exit I-90. No matter how you get here, as the song goes, just get here.

The fish fry — one of the best I’ve had, by the way — wasn’t the reason 16 of us visited Baraboo CC during a recent three-day buddies’ golf trip. We picked it as a warm-up course on our way to Wisconsin Dells, where we had a stay-and-play package at Wilderness Resort (and Wild Rock Golf Club).

We’ve made this trip for many years and the warm-up course occasionally is a letdown. Not so with 6,544-yard Baraboo CC, which was loads of fun.

The public course is about a mile from Devil’s Lake State Park, and you can see the bluff line from the clubhouse patio. Built in the transitional hilly area between the bluff range and the Baraboo River, it’s a beautiful spot, with terrain naturally suited for golf.

“The course was well-designed to fit what nature gave us,” said Clint Hutchens, the head golf professional / general manager and a Baraboo High School graduate. “Then you add to it the natural beauty of the area. We’re an Audubon Certified course, so we have an abundance of wildlife. We consistently have four to 10 fawns on the course every year.”

Draper Creek, which connects Devil’s Lake to the river, meanders through Baraboo CC and comes into play on two holes on the front nine and seven on the back. From the back tees on the tricky par-5 17th hole, golfers cross the creek three times on their way to the green.

The course rating from the middle tees (6,274 yards) is 71.4 and the Slope rating is 127, which speaks to Baraboo CC’s degree of difficulty. Short doesn’t always mean easy.

“For a set of tees at 6,300 yards, there’s nobody harder in this area,” Hutchens said. “There’s tougher ratings, but they’re on 7,000-yard courses. We have legitimately one of the most difficult courses in the area.”

That shouldn’t scare off the less skilled player. Since 2011, Baraboo CC has added 22 forward tee boxes to make the course more player friendly and to help with pace of play. A little local knowledge is helpful, too. We played 27 holes and I lowered my front-nine score by four strokes the second time around.

A medium-length par-4, 387 yards from the back tees and just 341 from the middle, the landing area on this hole is not particularly wide and then the fairway turns right and climbs up a steep hill, adding at least one club to the approach. Two greenside bunkers are partially hidden up on the flat. If the pin is on the right, the approach must carry the short-right bunker for any chance at birdie.

No question, this par-5 gets the nod. It’s just 435 yards from the middle tees, but yardage is irrelevant because the green is unreachable in two. After a good drive, the second shot is a short-iron layup to a green-sized landing area between two trees and short of Draper Creek. Miss your target by a bit and your third shot becomes an adventure. A well-placed layup leaves an uphill shot of 150 yards, but add at least one club because of the severe elevation change. “The thing about 17 is it requires three good shots from tee to green,” Hutchens said. “The more you play the hole, the more you realize the importance of the second shot. That puts pressure on your drive. The third shot is uphill and it’s difficult for players who can’t hit the ball high. Then you get to the green, and the fun has just begun.”

“There’s so much risk-reward out there,” Hutchens said. “It’s easy to underestimate. You kind of want that second chance at it: ‘Man, if I would have done this and that different.’ It leaves you wanting to play it again and that comes from the subtle difficulty it presents. There are a lot of different options of how to play it and how to attack it.”

The original Baraboo CC was located at Devil’s Lake; the clubhouse now serves as one of the concession buildings at the state park. A new nine, designed by Larry Packard, was built at the current location in 1961 and the second nine was added in 1990.

Packard, who died in 2014 at age 101, is one of my favorite architects and is well-known to Wisconsin golfers. He also designed the picturesque Naga-Waukee War Memorial Golf Course in Pewaukee, Peninsula State Park Golf Course in Ephraim and Tuckaway Country Club in Franklin, former site of the Greater Milwaukee Open.

Baraboo CC is unique in that the front and back nines start with relatively benign par 3s. In both cases, they’re followed immediately by long par-4s and relatively short par 5s. The back nine probably is two or three shots tougher than the front, mainly because of the number of times Draper Creek comes into play.

A chart on the scorecard indicates which set of tees golfers should use based on their average driving distance. That’s a nice touch, and one that more courses should adopt. The green fees are $33 for 18 holes weekdays and $43 weekends, plus cart.

Hutchens said golf groups booking stay-and-play packages in Wisconsin Dells, such as ours, increasingly are playing Baraboo CC as an “add-on” course.

My only regret was that we waited out a morning storm and played immediately after the rain stopped. The fairways were soggy and I was surprised we were allowed out in carts. The wet conditions didn’t take away from the experience, but I’d like to take another shot at the course when it’s dry.

The sun was out by the time we finished playing and the parking lot was filling fast as locals made a beeline for the clubhouse restaurant, called Fore Seasons. We pushed a couple tables together on the patio, ordered a few drinks and enjoyed the fish fry and a nice sunset.

Not a bad way to spend a Friday evening.