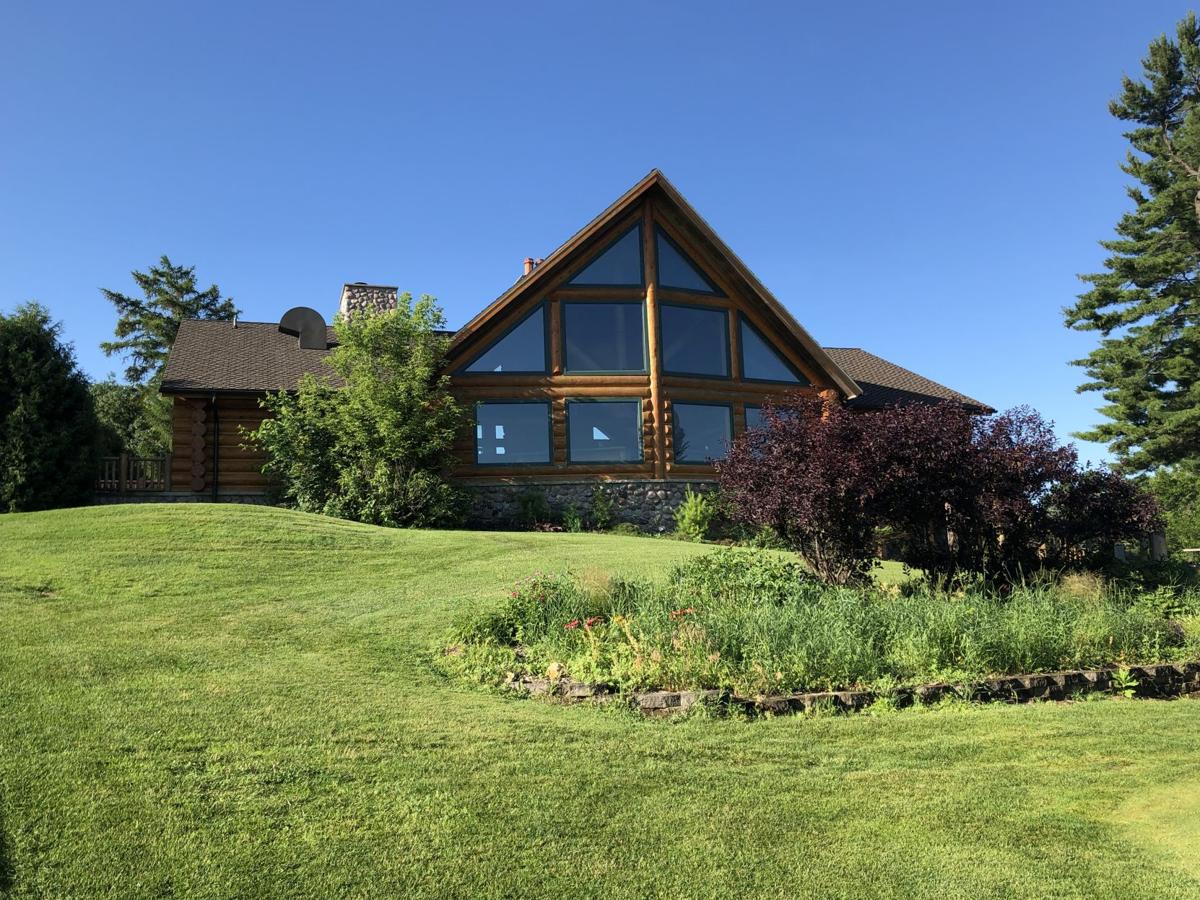 The clubhouse at Tuscumbia CC in Green Lake 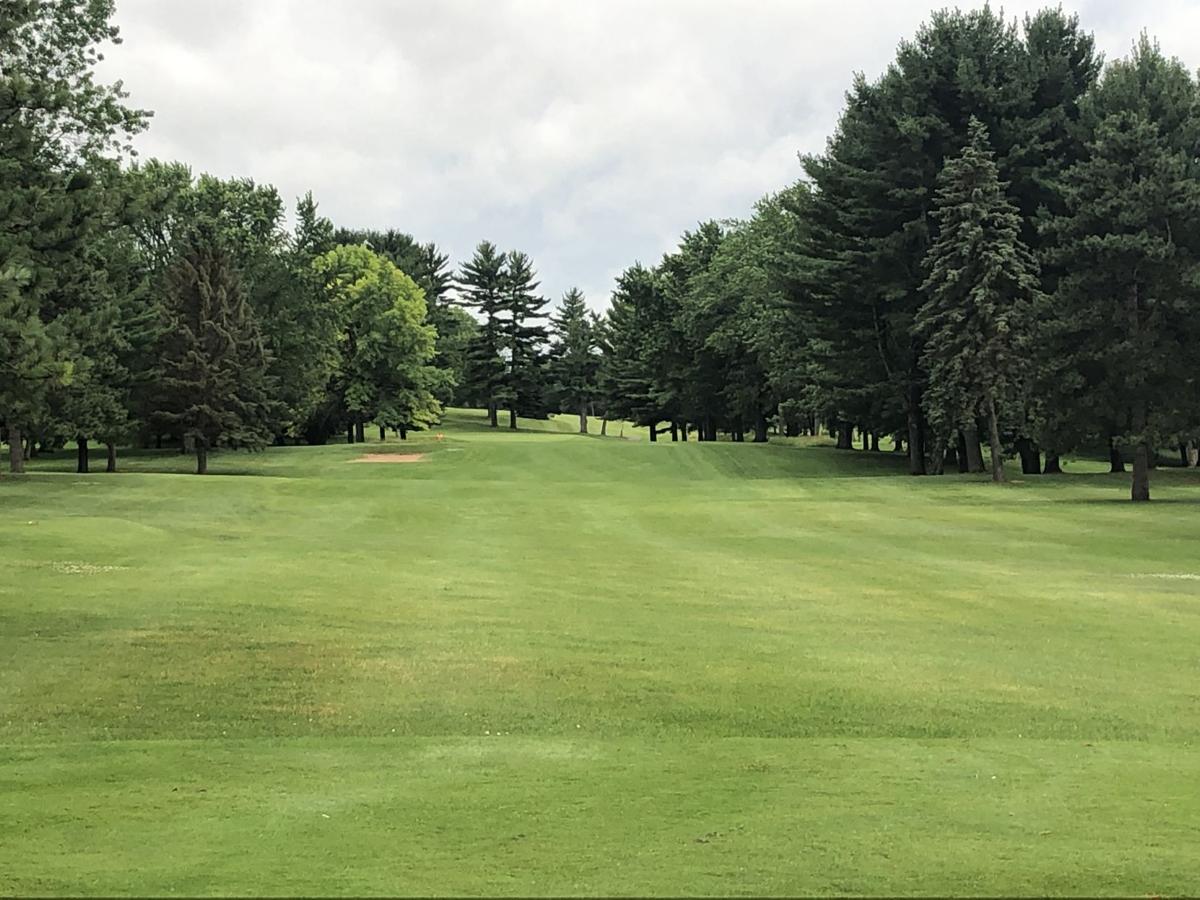 Most of the fairways at Tuscumbia CC are flanked by mature trees.

GREEN LAKE — It was the summer of 1973 when I joined a bunch of high school golf team buddies on an adventure to Green Lake to play Lawsonia Links. You might have read about our exploits in my previous course review of what is now the Links Course at The Golf Courses of Lawsonia.

We also decided, in the spontaneous way teens plan such trips, to add nearby Tuscumbia Country Club to our itinerary. Unfortunately, one day earlier, as I jumped from rock to rock at Redgranite Quarry — don’t ask — I broke my left ring finger.

A doctor in Ripon X-rayed the finger, confirmed the break, put a splint on it and sent me on my way. All within 30 minutes, and without an appointment. If memory serves, the bill was something like $25. Oh, for the simpler days of healthcare. But I digress.

Playing Tuscumbia was out of the question, though I did walk along with my friends and at one point borrowed a wedge and tried to hit a 100-yard shot. Yowzah. Big mistake.

At any rate, I never did get a chance to play Tuscumbia until I returned last week, 46 years later and with all my fingers intact.

Tuscumbia was established in 1896 and the front of its scorecard proclaims it to be “Wisconsin’s Oldest Golf Course.” That may or not be true — several other courses claim that distinction — but there is no disputing that Tuscumbia is among the handful of courses built in Wisconsin before 1900.

It was designed by prolific Scottish-American course architect Tom Bendelow (1868-1936), the “Johnny Appleseed of American Golf.” Bendelow is credited with some 600 designs, including famed Medinah No. 3, East Lake Golf Club and, closer to home, The University Club of Milwaukee (formerly Tripoli Country Club). For that reason alone, it should be on your must-play list.

The Links at Lawsonia is about 2½ miles away as the crow flies, but the courses could not be more dissimilar. Where the Links is nearly devoid of trees, Tuscumbia is defined by them, the result of a tree-planting program that most classic courses embraced, for better or worse, in the middle of the 20th century.

Almost every fairway at Tuscumbia is flanked by pines and hardwoods, and limbs hang over the sides of a couple of tee boxes and green. The landing areas actually are wider than they appear to be from the tee, but if you’re a slicer or hooker, be sure to bring your tree-iron.

Despite all that, Tuscumbia is scorable because if you keep the ball in play, the approach shots are from manageable distances. As a short hitter, I played it at 6,153 yards from the white tees and was around or well inside the 150-yard marker on nearly every par 4.

I counted five blind or semi-blind tee shots over fairway rises, but because there is just one sharp dogleg (on No. 11), lines off the tees aren’t a problem. In almost every case, you know the green is dead ahead. And anyway, I don’t understand why people get worked up over blind tee shots. The fact that you can’t see the landing area doesn’t make your ball slice or hook.

I loved the 389-yard par-4, which has a blind tee shot and a semi-blind approach. The hole is straight, so the blind shots didn’t bother me. After a good drive, I walked to the crest of the hill to get a look at the green complex. One thing I couldn’t see from the fairway is that the putting surface slopes gently from front to back, so take that into account on your second shot.

The 387-yard par-4 changed from a sharp dogleg left to almost a double dogleg when the Green Lake Lodge was built and the tee boxes were shifted to the right. If you play away from the fairway bunkers on the right (as I did), your tee shot runs through the fairway into pines (as mine did) and you have no chance to reach the green. Knowing what I know now, I’d aim at the fairway bunkers and take my chances. I made my only double-bogey on No. 11.

The greens at Tuscumbia roll nicely and I found them to be easy to read, which helped me birdie two of the first six holes and one-putt six times en route to my best 18-hole score of the year. If I can break 80 as an 11-handicapper, the course can’t be too hard.

Though Tuscumbia is blocks from downtown Green Lake and just across the street from the recently shuttered Heidel House, the setting is as serene as anything you’ll find. It’s a quiet, peaceful place and I would encourage golfers to shut off their phones and enjoy the surroundings.

Forty-six years after an aborted round at Tuscumbia CC, I finally got to play the course. I’m glad I did.