Starting Wednesday, according to a new order from Evers, single-rider golf carts will be allowed.

“We’re happy to see that and happy to be able to do that,” said Chet Hendrickson, golf services manager for Milwaukee County Parks. “We’re working right now to ensure how we can do that safely for both our staff members and customers. Obviously, it’s single riders only, unless they’re from the same household.”

In order to be ADA-compliant, courses made single-rider carts available to disabled golfers when they opened Friday. But starting Wednesday, anyone will be able to rent a golf cart.

“This obviously opens the game up to able-bodied seniors who might not technically be disabled but aren’t able to walk and play nine or 18 holes of golf,” Hendrickson said. “So, from a consumer standpoint it’s great to open up golf for another large demographic.”

And there is more good news:

Joe Stadler, executive director of the Wisconsin PGA Section, said he sought and received those clarifications from the Wisconsin Economic Development Corporation. 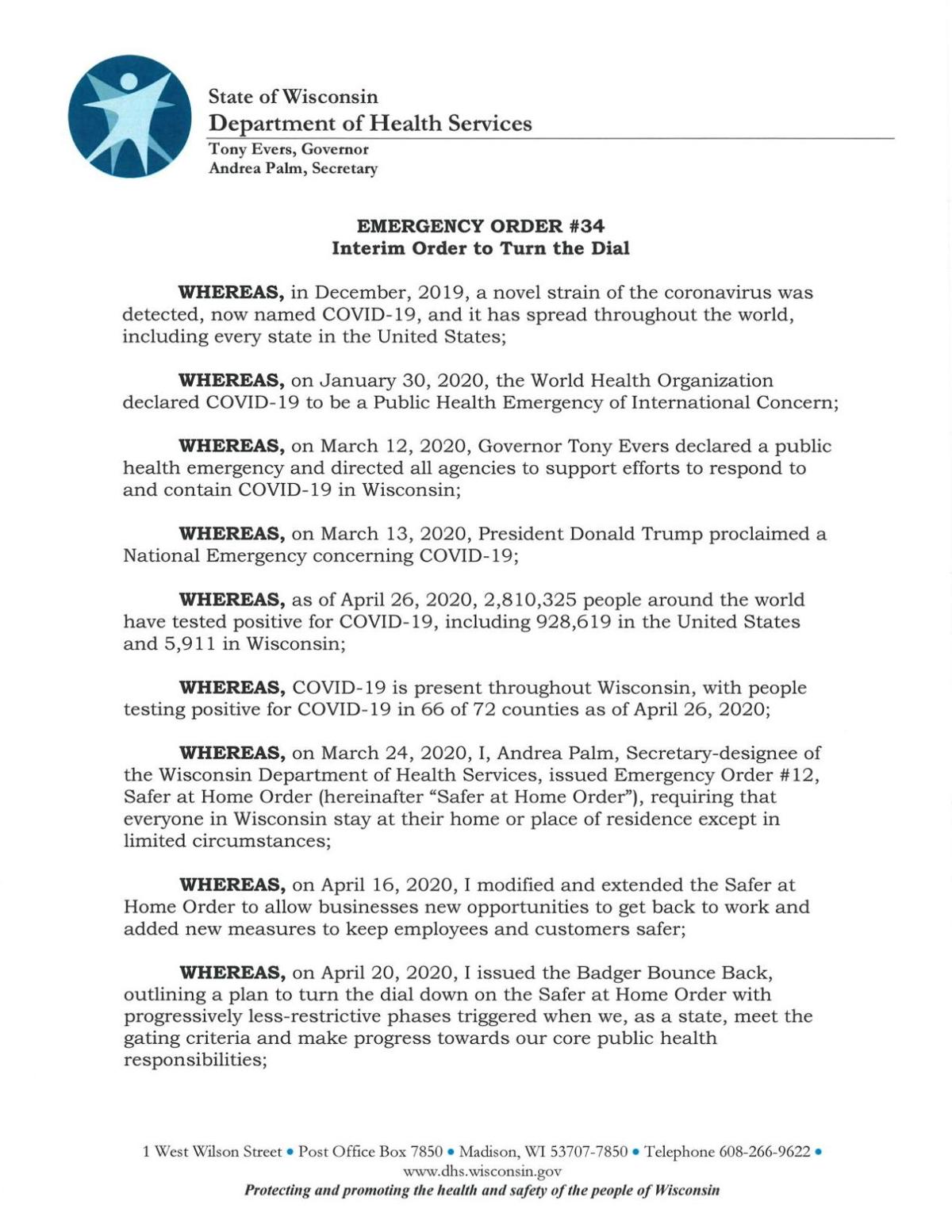 “That’s what we’re hearing,” Hendrickson said. “I don’t see it itemized out on Gov. Evers’ amended order, but I have heard that from numerous sources.”

In addition to ordering food and drink, Stadler said, golfers will be allowed to use restroom facilities in clubhouses, but otherwise are not permitted in the buildings.

“There was no clarification on restrooms before, so we asked (the WEDC) to clarify,” he said.

Finally, though practice ranges must remain closed, golfers will be able to use putting and chipping greens “so long as social distancing is maintained at all times.”

Revenue from golf cart rentals is critical to the success of many courses. Though no course has a fleet of carts big enough to accommodate a full tee sheet of single riders – two golfers may be allowed to share a cart if they are from the same household – operators see this as a big step in the right direction.

“This is really good news for courses,” Stadler said. “Even single-rider, how busy the courses were (Sunday), holy cow. No one has enough golf cars, but still it’s better to have four people out there paying another $20 apiece or whatever.”

Hendrickson said the eight Milwaukee County Parks courses that opened Friday were busy through the weekend. Other courses in southeastern Wisconsin were packed. Stadler said Edgewood in Big Bend had 560 golfers at its 36-hole facility on Sunday. Geneva National in Lake Geneva put 600 golfers on its three 18-hole courses and Johnson Park in Racine had 226.

“We cut our tee times back from our typical eight or nine minutes (apart) to 15 minutes,” Hendrickson said. “We had great response Friday and Saturday. On Sunday, most of our golf courses were booked with foursomes from 7 a.m. to 4 p.m.

“We could have done tee times every three minutes and we would have sold out, there was so much demand.”

However, Hendrickson said that even if it’s a great weather year, with dry weekends and a lot of sunny days, it will be difficult to make up the lost revenue.

“It’s possible, I would say, but unlikely,” he said. “Until we can get people in our clubhouses and buying our merchandise … that’s turned into north of $800,000 in revenue for us annually. And while we’re still able to do some golf merchandise through delivery methods, we’re obviously doing a fraction of what we would normally do in our shops.

Until Friday, golf courses had been closed by order of Gov. Evers since March 24 as the state sought to contain the spread of the worldwide COVID-19 pandemic in Wisconsin. When they were allowed to reopen Friday, courses had to follow strict guidelines that included the ban on golf carts. The new order Monday eases some of those restrictions.