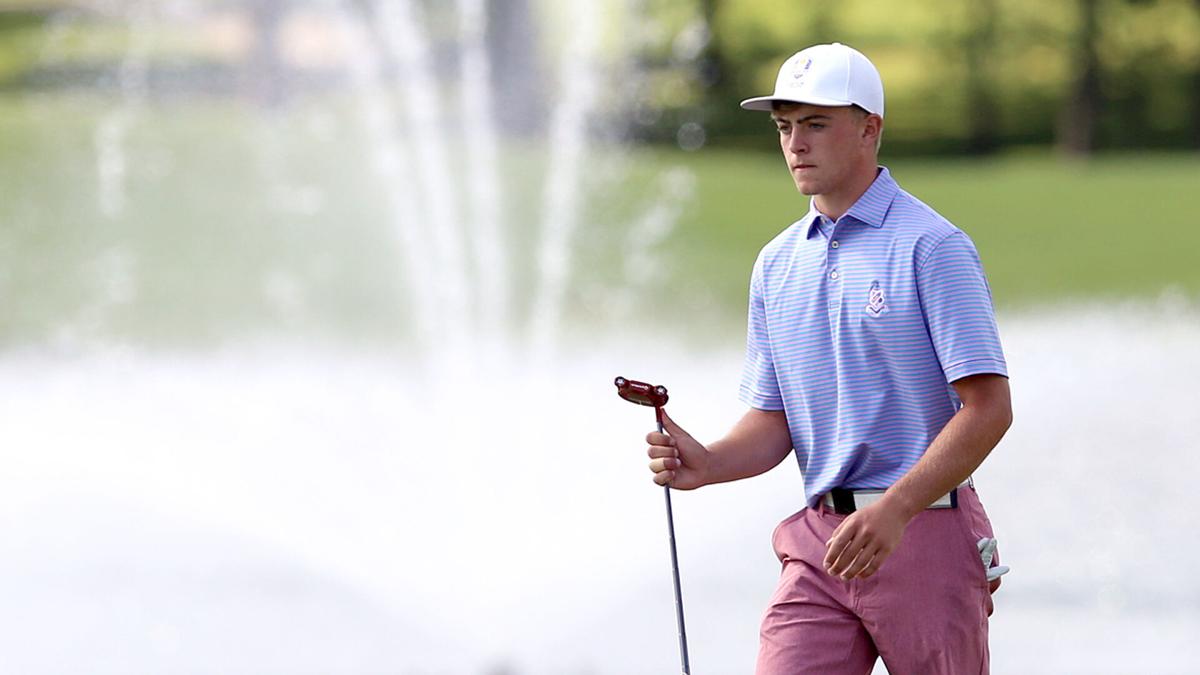 Marinette's Ty Kretz walks to the first green during the 2020 Junior Boys Championship played at The Legend of Brandybrook. 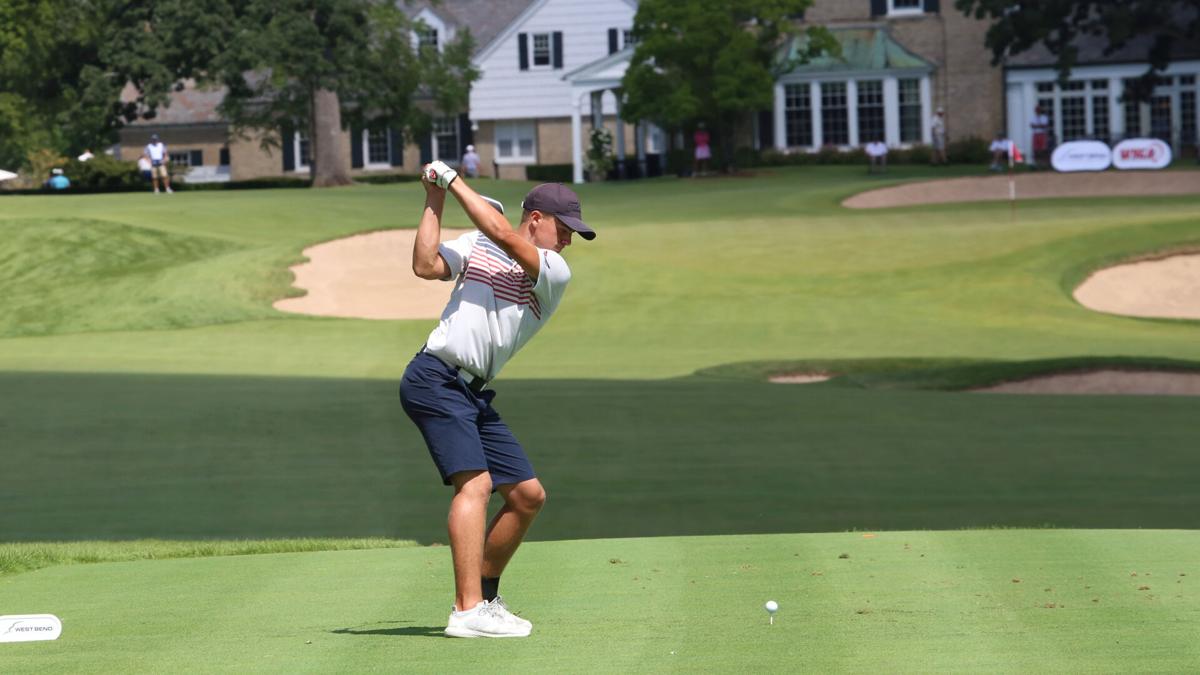 Ty Kretz readies to hit his tee shot on the ninth hole at Milwaukee Country Club during the 2020 Wisconsin State Am. 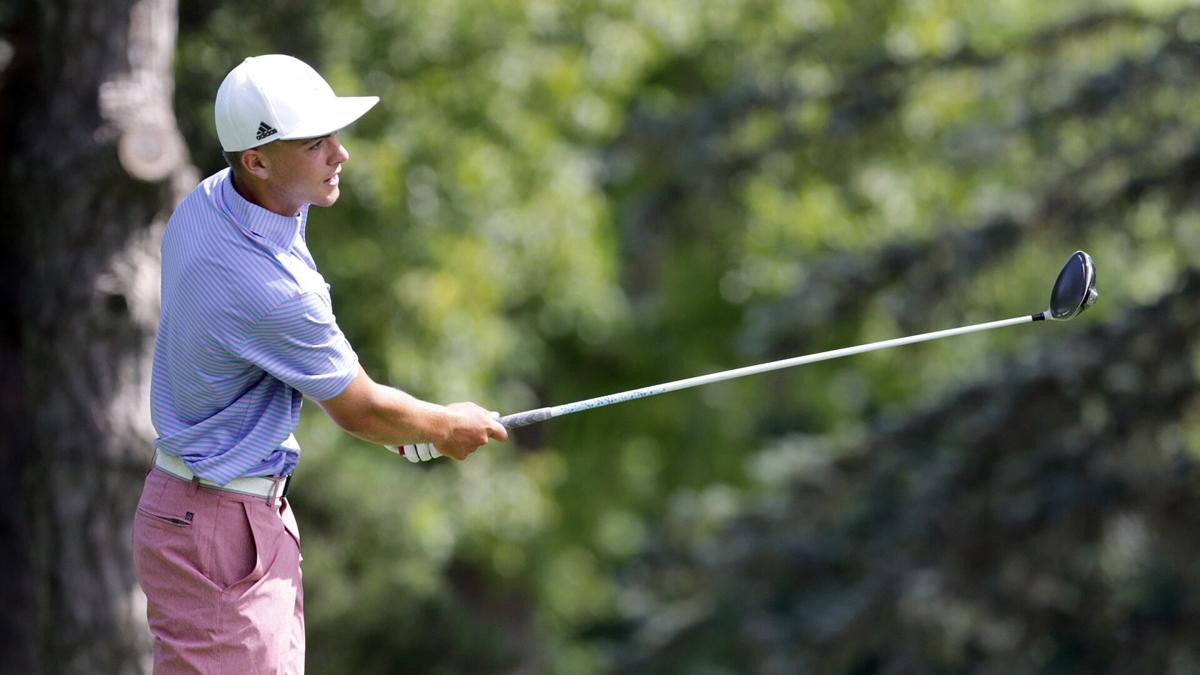 Ty Kretz of Marinette tracks this tee shot during the 2020 Wisconsin State Am played at Milwaukee CC.

Marinette's Ty Kretz walks to the first green during the 2020 Junior Boys Championship played at The Legend of Brandybrook.

Ty Kretz readies to hit his tee shot on the ninth hole at Milwaukee Country Club during the 2020 Wisconsin State Am.

"It's not an easy decision. I learned that very, very fast. You just have to keep working at it. Opportunities are going to come if you have the talent and the will to succeed. If you keep playing well and put the effort into it, you will get the opportunity.

"Playing in the most tournaments possible really helped me out a lot. Being at the top (of leaderboards) and learning how to win and how to keep a lead and get your nerves under control. ... Learning how to breathe, stay focused. Make that first swing count to start the round. ... Playing in all that competition — I'm a seven-year (WPGA Junior) member; I've been playing in them since I was in seventh grade or something like that — I've played in so many tournaments I know how the pressure feels and how to relax and figure out how to win and stay at the top."

The former wanted Ty Kretz to come to UW-Green Bay. The latter convinced the Marinette senior to come to South Dakota State. The other two coaching icons — one the current and uber-successful coach at Illinois, the other the former coach at the University of Wisconsin — were kind enough to offer advice when asked.

Suffice it to say Kretz went right to the 11th hour and left no stone unturned in doing his homework, weighing his options and finding what he deemed to be the right place to play his college golf. Ultimately, his desire to set off on his own, a little further away from his home in far northeast Wisconsin, convinced him to choose South Dakota State over UW-Green Bay.

"It seemed like a little better fit for me; it's a slightly bigger college and I sort of want that kind of college experience," Kretz said in a telephone interview. "I don't know if I'd be coming home all the time (from UW-Green Bay), but just to feel (being) away from home, too, and go out on my own."

It won't be the first time Kretz has ventured a ways away from home.

Kretz, who shared the No. 1 spot in the latest Wisconsin.Golf boys Class of 2021 state rankings with University of Wisconsin-bound Jacob Beckman of Middleton, spent two months this past winter competing in Florida on the Hurricane Junior Golf Tour in hopes of attracting more college attention. He did turn heads, winning the Palm Beach Junior Open in late January in his first competitive golf since having ankle surgery in the fall and finishing in the top three in four of the five events he entered (and seventh in the other) with a 73.45 stroke average.

His family has a winter home at River Hall Country Club in Alva, near Fort Myers, where Kretz played and practice daily. His father, Pete, who owns Little River Country Club in Marinette and played for Tiziani at UW, also arranged for his son to work with Mike Adams, a noted Florida teaching professional, to hone his skills ahead of his senior season this spring at Marinette.

"I worked really hard in Florida to better the weaker parts of my game," Kretz said. "I showed I can play against some tough competition down there. ... I showed I can go and play (well) on different courses down there, especially with the different grass. My game adjusts pretty well to everywhere."

However, Kretz — like many golfing hopefuls in his class — found more doors closed than open among NCAA Division I programs. That continues to be a reflection of the uncertainty facing many coaches trying to manage their rosters in an unprecedented era of extra eligibility granted by the NCAA in wake of the COVID-19 pandemic and more and more current college golfers finding new homes via the NCAA's transfer portal.

"It was very difficult," Kretz said of the recruiting process and the limited options it afforded him. "I know a lot of (college) seniors came back so it limited the scholarships that the colleges could give up. Personally, it was very frustrating because I thought I'd get a couple more looks than I actually did. But I'm happy with what I have now and I appreciate everyone who reached out to me."

Indeed, Reinke and VanDamme, a native of the Upper Peninsula whose school hosts a tournament at Sage Run GC in Harris, Mich., remained the most loyal to Kretz throughout the process and made it difficult to say no to either.

Kretz figured to be the cornerstone of a Green Bay program that has just seven golfers on its 2020-21 roster and will graduate senior Ben Gilles after this week's Horizon League Championship. The Phoenix go into the final round eighth in the nine-team field.

At South Dakota State, the Jackrabbits are poised to return all 10 golfers from this year's team, which will look to chase down reigning champion Denver University at this week's Summit League Championship after finishing second to the Pioneers in 2019. Seven of the nine golfers who have seen action during the 2020-21 season are averaging 76.44 or better, meaning Kretz will have his hands full trying to muscle his way into the five-player lineup as a freshman.

"I am going to have to play my best to make the starting five there," Kretz said. "Everybody has to earn their spot on the team and I think I can do that. ... I like the hardest challenge I can get. I have to prove myself and work harder instead of, not handed to me, but have an easier route."

College selections on this list are updated regularly. To share updates on the decisions of high school seniors, email Rob Hernandez at rob@killarneygolfmedia.com