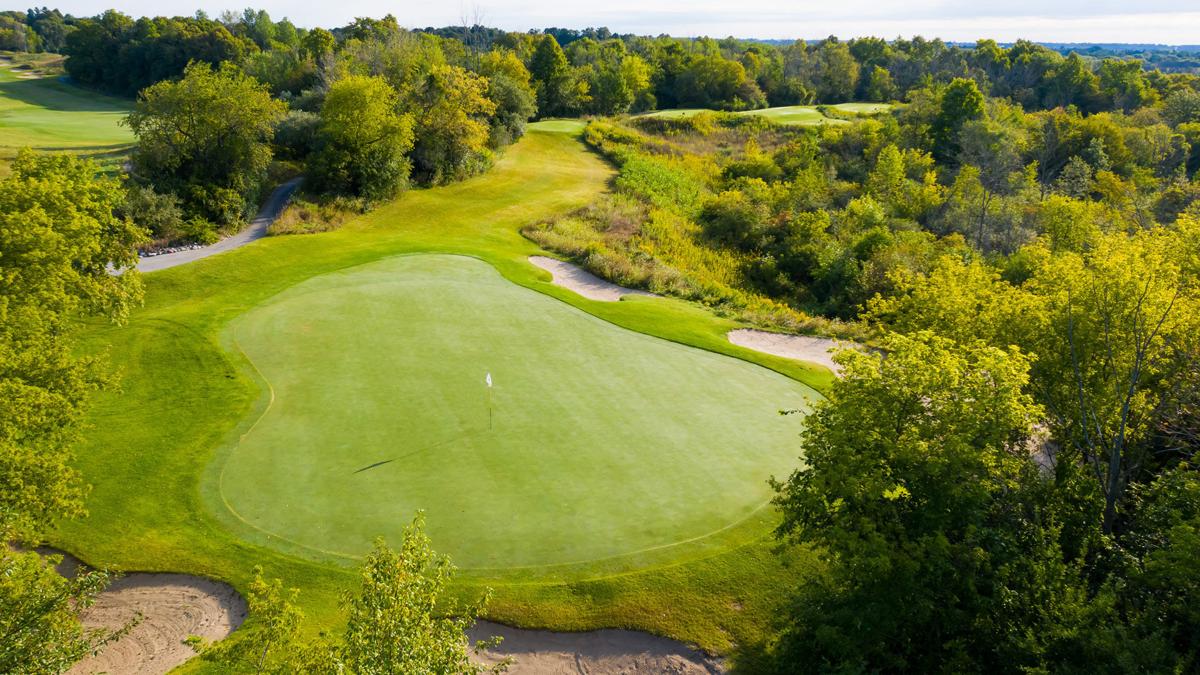 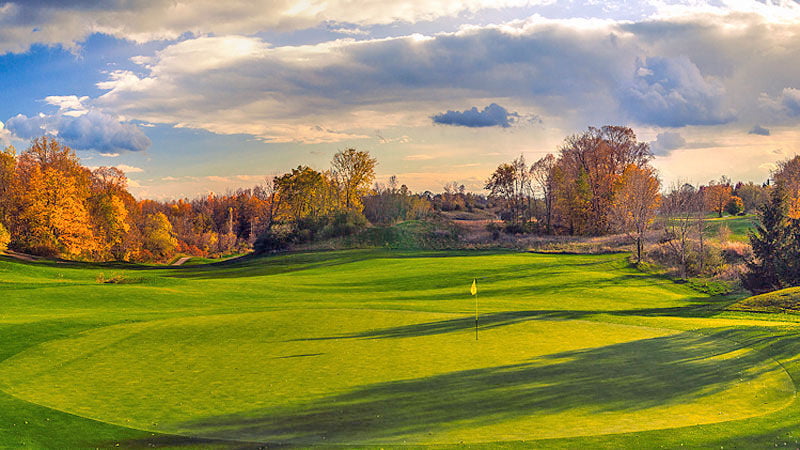 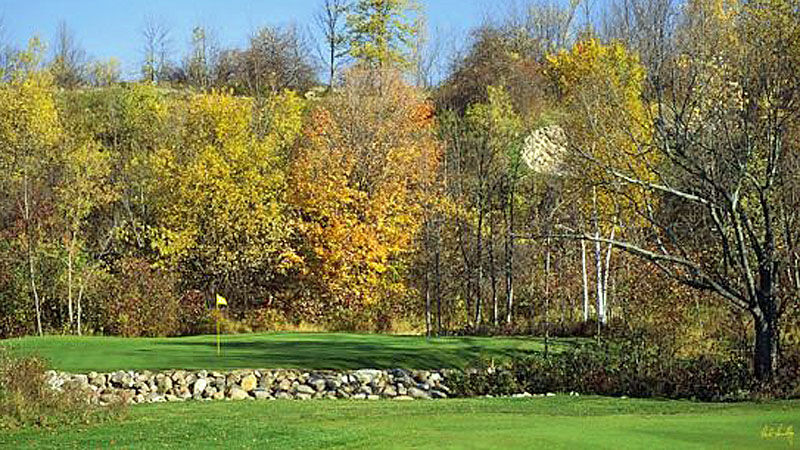 Fronted by a boulder-strewn penalty area and flanked by trees, the 306-yard 12th is no easy par.

SAUKVILLE – As one of the first golf courses in Wisconsin to ban metal spikes and among the first with greens built to United States Golf Association specifications, The Bog was ahead of its time when it opened in 1995.

It’s hard to believe that it has been 26 years since the late Arnold Palmer first implored golfers in radio and TV spots to “Enjoy golf. Enjoy The Bog.” A recent round verified that the course has stood the test of time and remains one of the state’s best public golf experiences.

From the excellent practice facility to the 18th green – nearly impossible to birdie when the flagstick is located on the right of the sharply sloped putting surface – The Bog captivates with its natural beauty and its challenging and diverse routing through the Cedarburg Bog.

After a par-5 opening hole that invites birdies, there really are no let-up holes the rest of the way on the Palmer-Ed Seay design, and the collection of par-4s ranks among the best in Wisconsin.

No. 12, which measures just 306 yards from the middle teeing ground, has frustrated many a golfer. After a good tee shot, the golfer is left with just 60 to 90 yards to the green, but it is only about 15 paces deep and is fronted by a boulder-strewn penalty area and flanked by trees.

Thousands of golfers have tightened the grip on their wedges and chunked shots into the rocks. Plenty of low-handicap golfers have made double- and triple-bogeys. Even Palmer was not immune to the hole’s siren song. After he clattered a couple of half-wedge shots off the rocks during the grand opening, he turned to the gallery and joked, “Who designed this hole?”

The four-hole closing stretch – a brutally long par-4, a dogleg left par-4 with a well-bunkered green, a stern par-5 and the 18th, with its right-to-left sloping green – ruins many a scorecard. Jordan Niebrugge held on through this stretch to win the State Amateur in 2013, a year in which he also won the U.S. Amateur Public Links, the Western Amateur and the WSGA Match Play.

The Hammes family bought The Bog in 2015 and has made numerous aesthetic improvements by removing trees and underbrush and opening up views. Still, the routing is such that no two holes run parallel to each other, so golfers sometimes feel as if they have the course to themselves.

Overall course conditions takes into account the condition of fairways and teeing grounds, the height of fairway grass and rough and the firmness of turf. Quality of greens refers to smoothness, firmness and speed of the putting surfaces. Playability is a subjective measurement of the average golfer’s ability to enjoy the experience based on the number of tee boxes, width of landing areas, speed of greens, number of forced carries and pace of play.

“You’re kind of in your own sanctuary,” said President Mike Hammes. “You’re on the Cedarburg Bog and you’ve got just nature in front of you. You’ve got to battle the wind sometimes, and the slick greens. It’s just a beautiful piece of property.”

The Barn, a handsome wedding/outing facility, opened near the 18th green in May 2019. Business was down in 2020 because of COVID, but The Barn has nearly 50 weddings booked this year.

When the Hammes family bought The Bog, there were just 23 members. That number has grown to 170.

“Member play is definitely up and I suspect the pandemic had something to do with that (initially), but it has continued,” Hammes said. “This year is the most member play we’ve ever had. What we’ve seen in 2021 is that it’s just as busy if not busier than ’20. We’ve seen an enormous array of different people playing golf now. People need rental sets. People need junior sets. Lessons are up.”

Given its location a few miles west of I-43 and roughly halfway between downtown Milwaukee and Kohler, it’s no surprise that The Bog is going to be busy during Ryder Cup week in September.

“We have a couple corporate events that we’re excited to bring in,” Hammes said. “We’ve got groups coming in from all over the world, which is unbelievable. We’re fortunate to be able to piggyback off Kohler. They do such great stuff for the state. And Erin Hills, too. We’re right between both courses and downtown Milwaukee, with all the hotels.

“That is going to be an awesome week. We’re extremely excited. I mean, how can you not be? It’s going to be pretty special.”