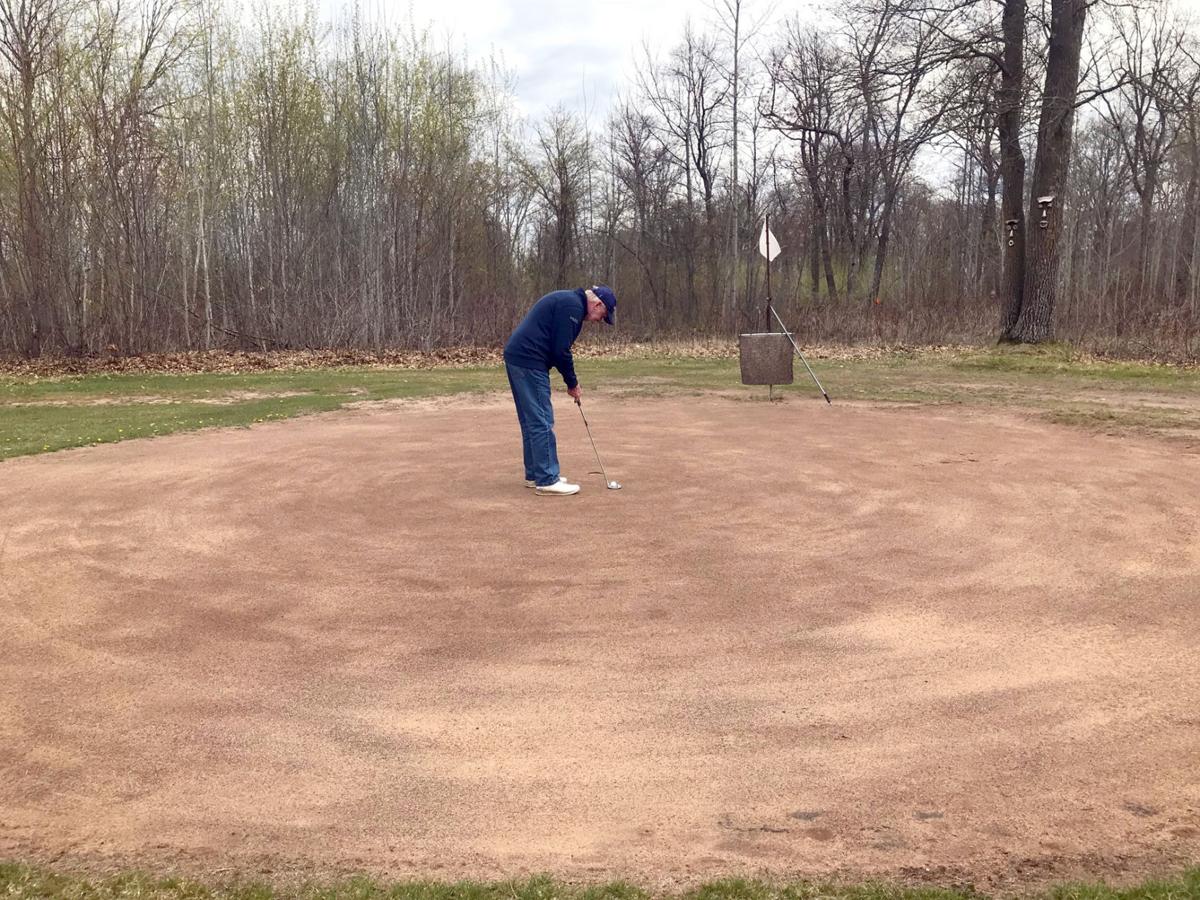 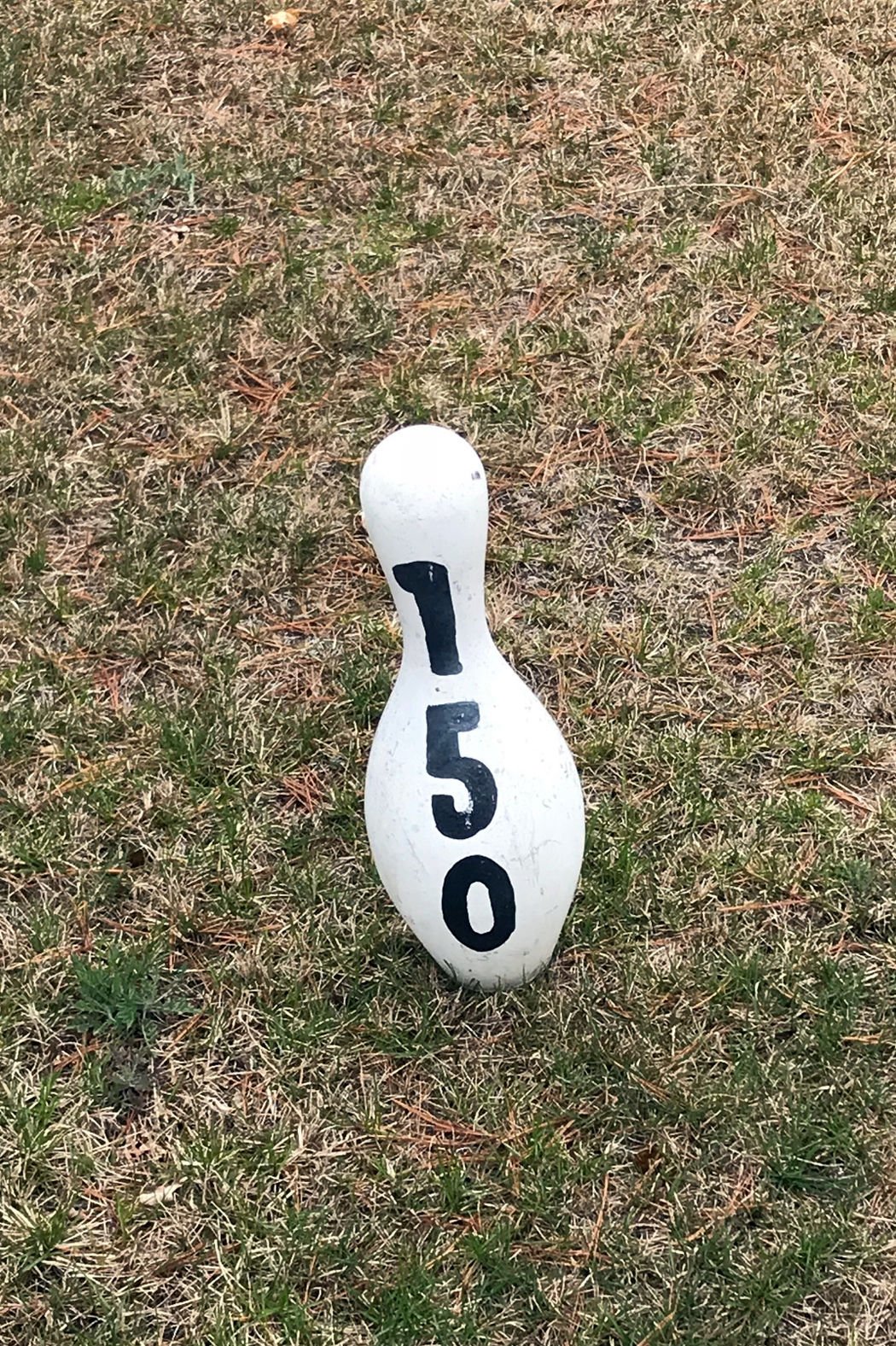 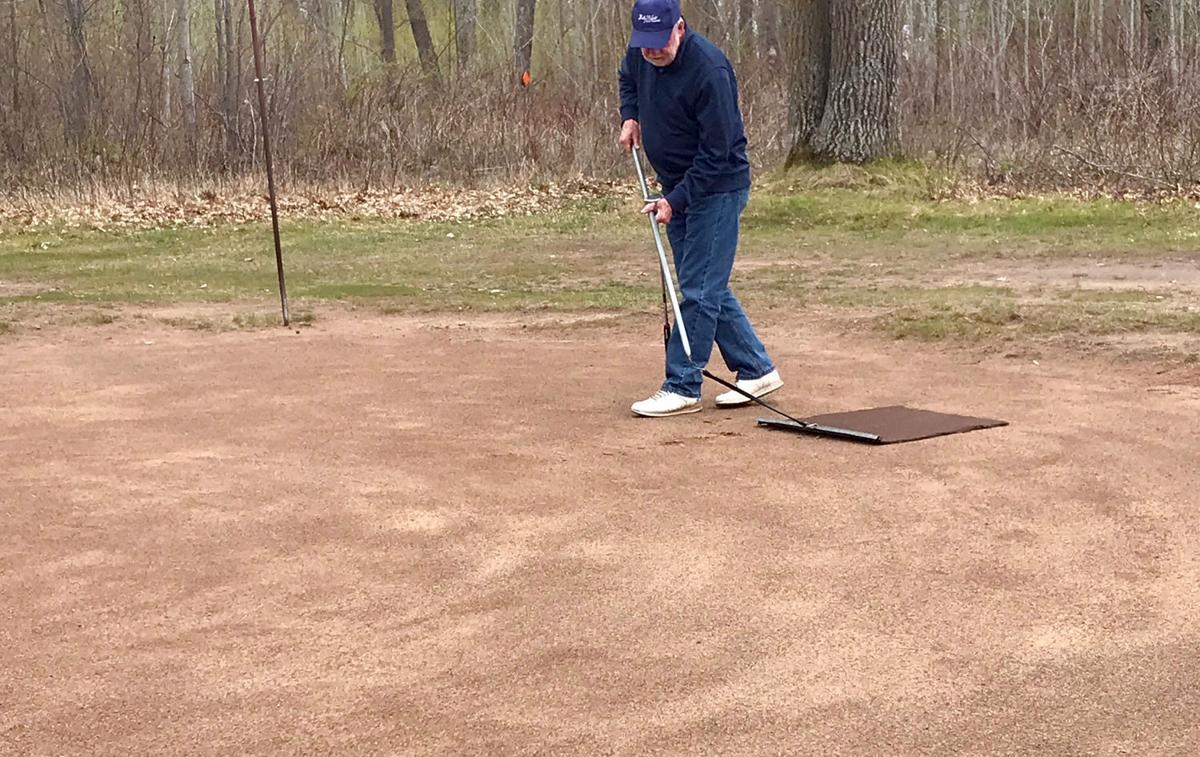 Our Dennis McCann drags the green after putting out at Sand Greens CC in Danbury. 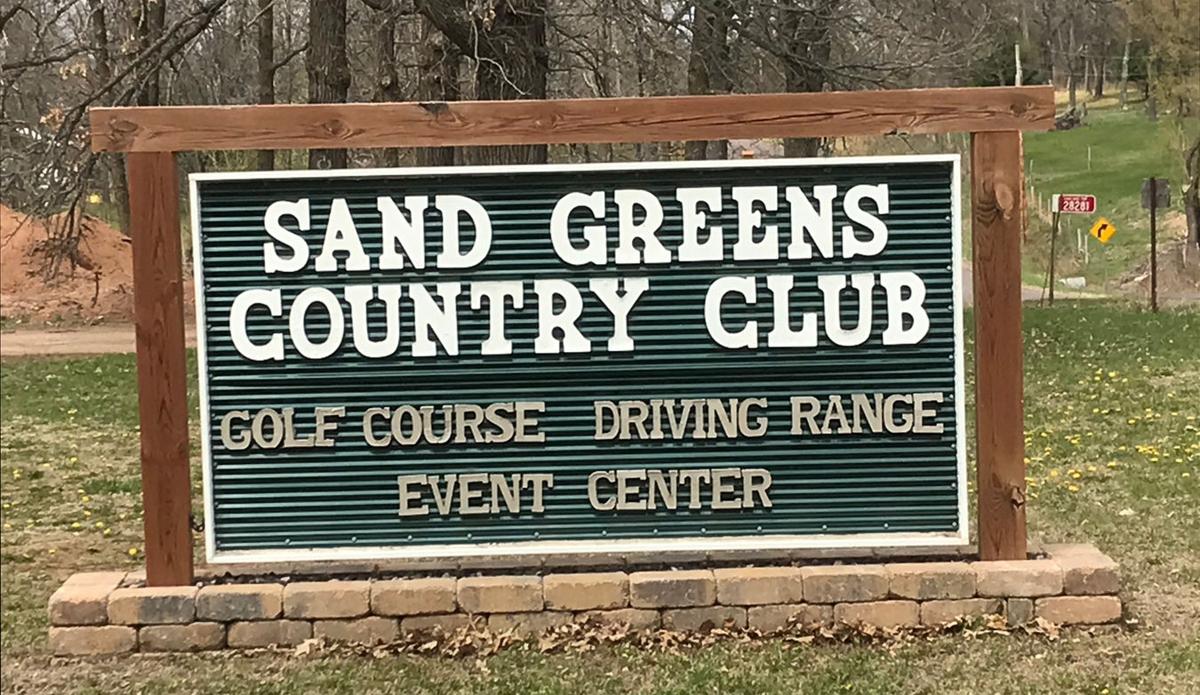 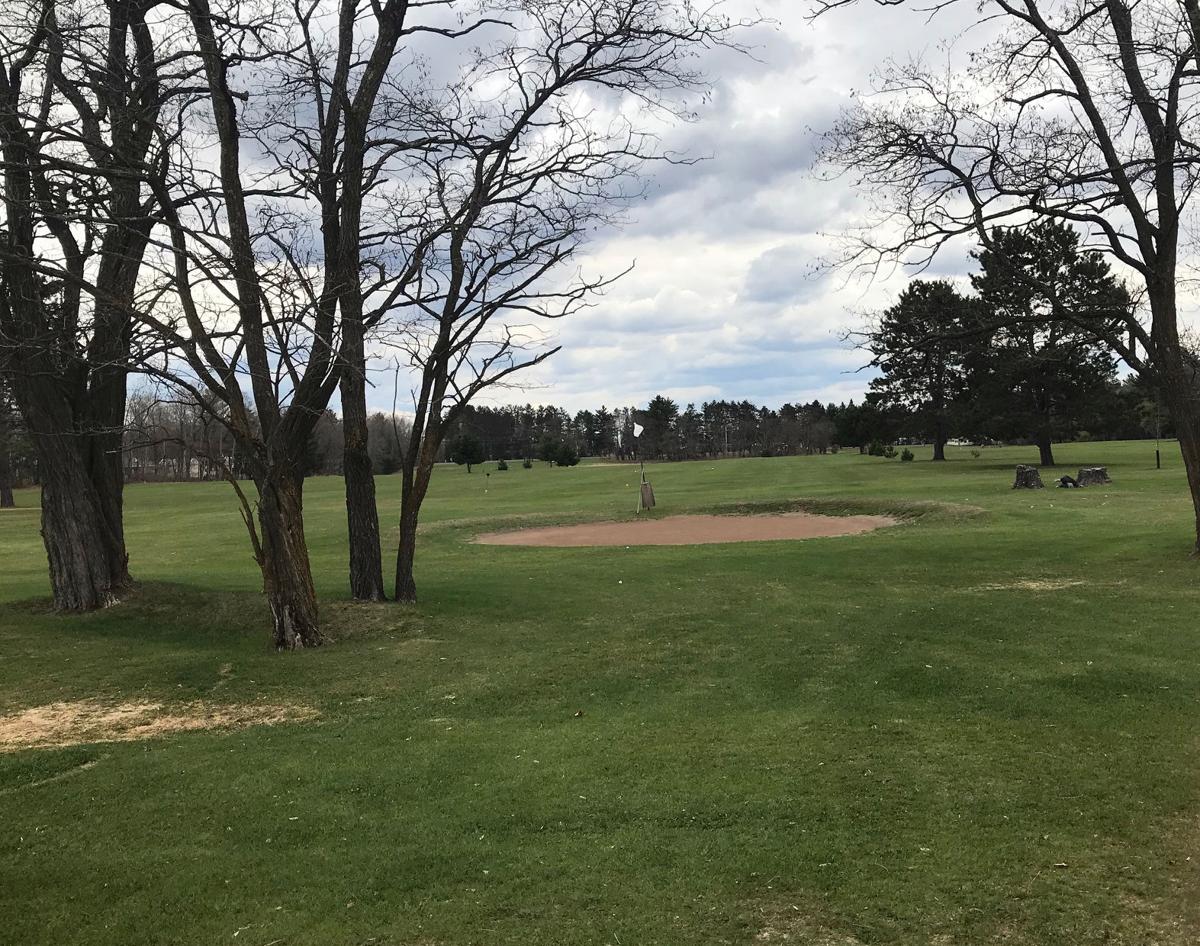 Our Dennis McCann drags the green after putting out at Sand Greens CC in Danbury.

About 10 years ago he was sitting in the bar at what was then Yellow Lake GC in Danbury in far northwestern Wisconsin when he learned the property might be for sale.

Kelly was a hunter, not a golfer, but the property did happen to abut a nice stand of hunting land he’d had his eye on.

“So we bought it for the hunting land back there,” he said recently as he took a break from some greenside maintenance. “We really didn’t need to own a course (but) that’s how I wound up owning the stupid course. And now I play golf five days a week.

“It’s definitely been an odd adventure.”

But then, an odd golf course — in this case the only one in Wisconsin where players putt on sand greens instead of ones with grass — is the perfect place for an odd adventure.

For a while after he bought the course, Kelly leased it back to the previous owner, Chuck Anderson, who had bought it in 1988. Then, a few years ago when he was laid off from his job in Minneapolis, Kelly and his wife, Mary, moved to Danbury to run the course themselves while Anderson devoted his time to running the adjacent tavern called the 10th Hole.

“We wanted to have a country club,” he said with a smile. “It’s not something you’d ordinarily find in Danbury, Wisconsin. And we wanted to promote the sand greens.”

Most of the long-time regulars were fine with the change, Kelly said, “because we had country club (in the name) and they wanted to belong to a country club.”

You couldn’t see it but Kelly smiled again and used air quotes when he spoke the name, because Sand Greens is as far from a stereotypical country club as any golf course in Wisconsin.

It opened in 1928 on what was previously a potato farm. Some of the drainage furrows are still visible, which makes for a bumpy ride in places, and there is no irrigation system, so the course can get bouncy hard in the heat of summer. It stretches just under 2,600 yards over its nine holes, and some of those are unusual, too. The first is a short par-4, just 243 yards, but the green is hidden around a sharp dogleg. The second hole is a 210-yard par-3 with trees in front of the green for added protection, while the fourth is a manly 541-yard par-5.

And then there are those greens, which of course aren’t green at all.

They are rather small, except for those that are really small, and flat. Maintenance is simple. A couple of times a year Kelly puts on a layer of vegetable oil — in the days before environmental awareness spent motor oil was used but that’s a no-no today — and new sand is added.

Kelly said many first-time players expect the sand greens to be soft, like sand bunkers, but these greens have only a thin layer of sand on top of a hard surface that repels shots that don’t merely trickle on. There’s definitely a learning curve for first-time players.

And there’s one other thing that’s different at Sand Greens. After putting out, players drag a piece of carpeting to smooth out footprints.

Green fees are also a world away from country club dues. It’s $10 for nine holes, beers are $2, tee times aren’t needed and feel free to play as a nine-some if you want as long as nobody is behind you.

Oh, and have fun. Kelly is the first to admit that some serious golfers don’t want anything to do with a course like his, an odd layout with sand greens, no watered fairways and other so-called essentials.

“We’re not for everybody,” he said, but if you don’t take yourself or the game too seriously and just want to whack the ball around and have fun it might be the right place. That’s true for locals who play in the three leagues at Sand Greens, for family groups out for a lark or for the many Minnesotans who come on weekends to try the unorthodox “country club” for themselves.

“If you’re not getting paid for it you might as well enjoy it,” Kelly said, echoing what Anderson once told a TV reporter doing a story on Wisconsin’s most unusual golf course.

“This course is for fun,” he said. “It’s a recreational course. If you’re a good golfer you’re going to be very frustrated out here. (But) you’re never going to be on the pro circuit, so you might as well have fun. It’s the way golf was meant to be for us duffers.”

And as long as Kelly is in charge of his “odd adventure,” that’s how it will stay.