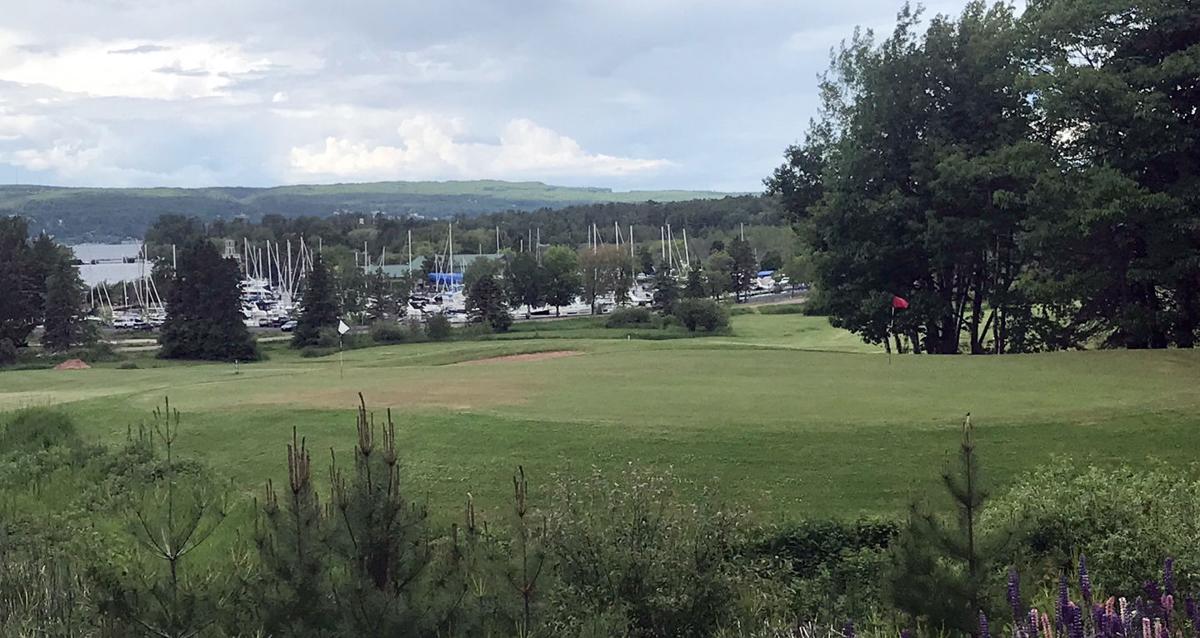 The view of the harbor is almost as good as the golf at Madeline Island Golf Club. 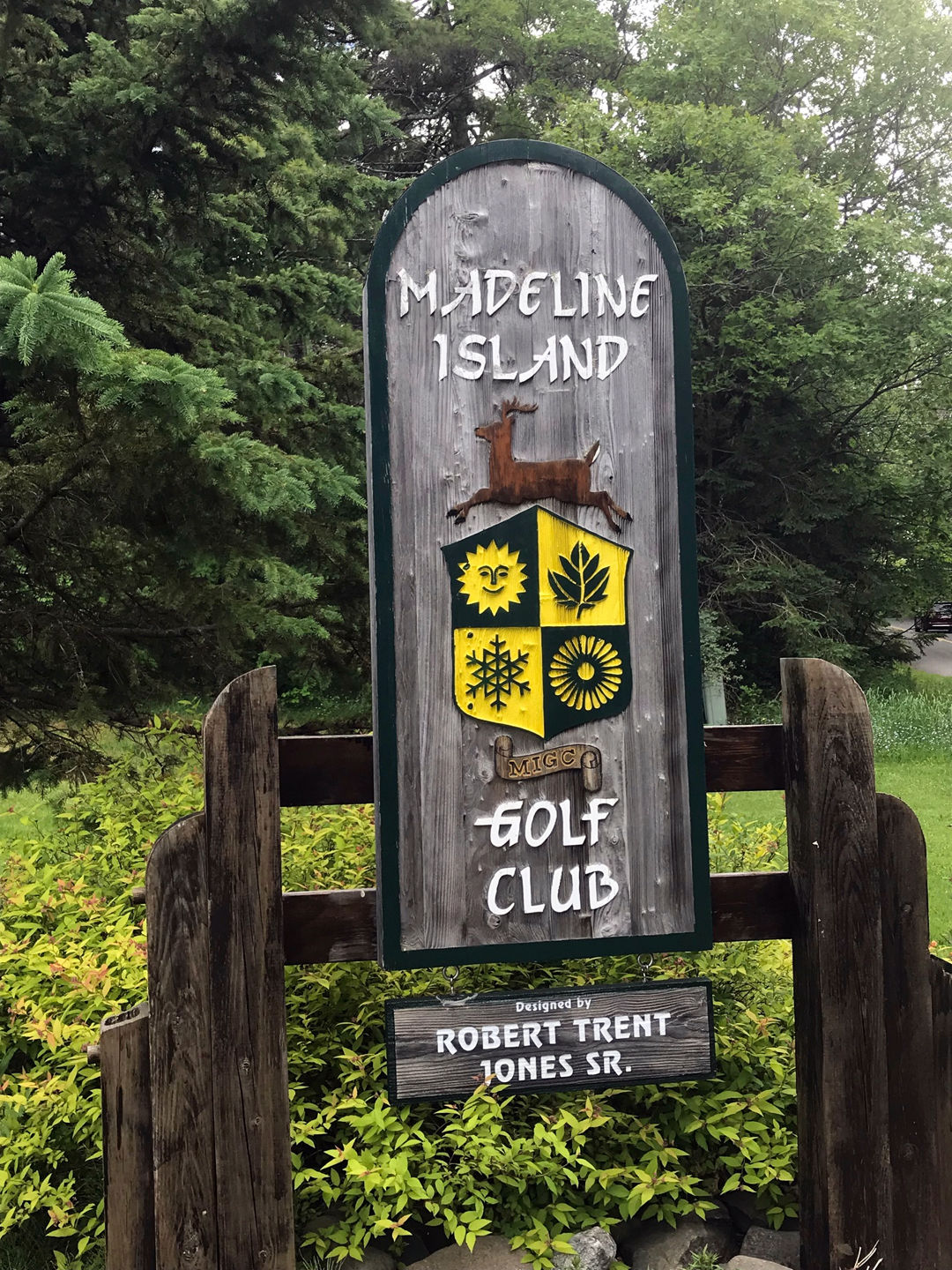 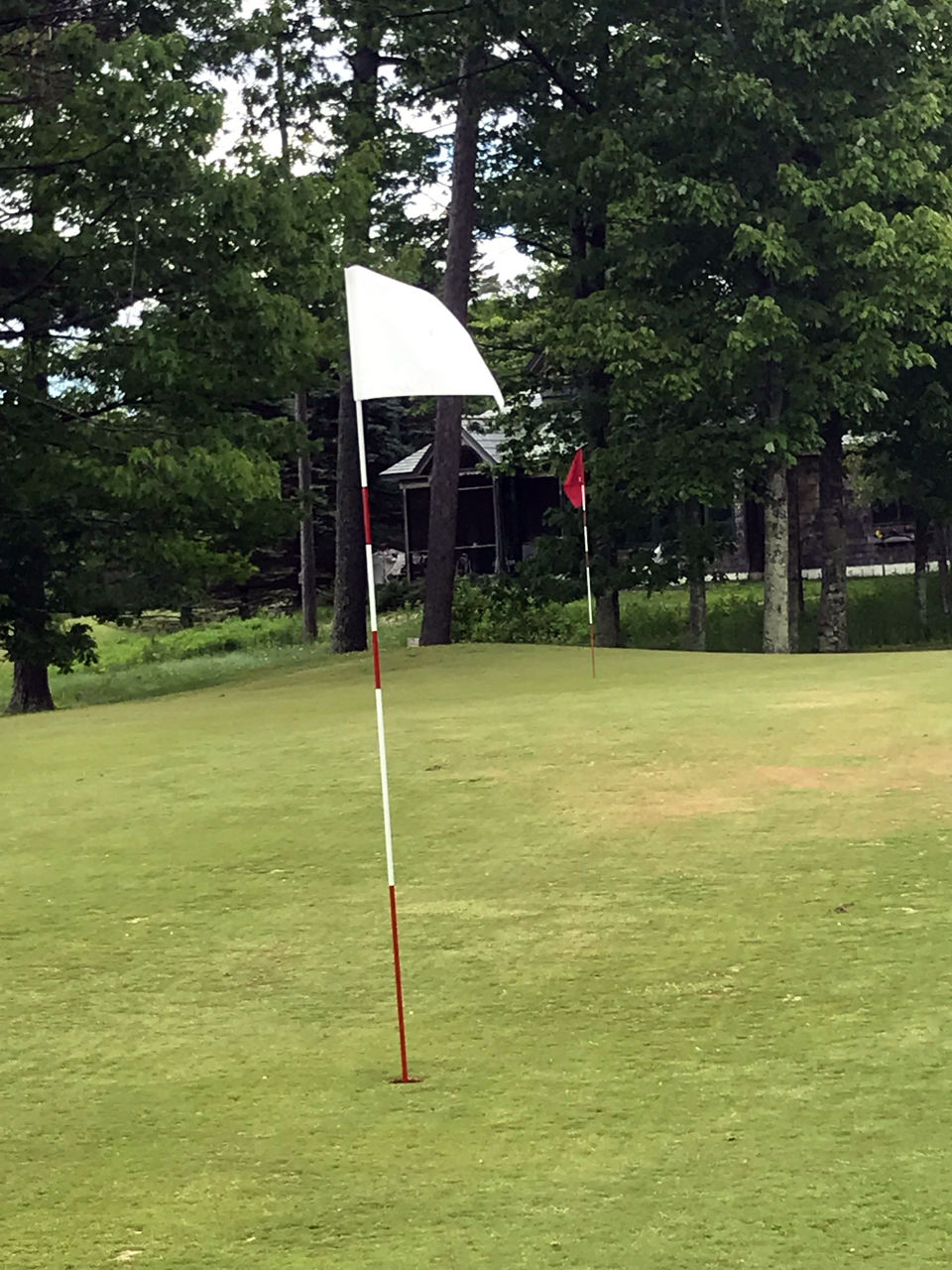 Double greens, like the ninth and 18th pictured here, are a common design element on the Madeline Island course.

The view of the harbor is almost as good as the golf at Madeline Island Golf Club.

Double greens, like the ninth and 18th pictured here, are a common design element on the Madeline Island course.

LA POINTE — Robert Trent Jones Sr. did not favor our state with a long trail of worthy golf courses as he did Alabama, but among the esteemed architect’s nearly 400 creations are two Wisconsin courses that easily find a place on any ought-to-play lists.

One we highlighted recently was The Springs Course at House on the Rock Resort in Spring Green, while the other is on what some also refer to as “the rock” — marvelous Madeline Island, the largest of the Apostle Islands off of Wisconsin’s northern tip in Lake Superior.

Which means, if you think about it, every green at Madeline Island Golf Club is an island green.

Madeline Island, 14 miles long and eight miles at its widest point, is a 20-minute ferry ride from Bayfield on the mainland. Once home to the Ojibwe people and later the center of the fur trade in northern Wisconsin, the island long ago became a popular warm weather playground for summer-home owners, sailors, campers, and day visitors who bicycle to the beckoning beaches at the Town Park or Big Bay State Park.

Golf was added to the island’s many offerings in the 1960s, when developer and island lover Ted Gary brought in Jones to design what he envisioned as a top-notch golf course that would put Madeline Island on the country’s golf map. So lavish were his expectations that when Jones’ handiwork was completed Gary declared that the famed designer “has outdone himself,” and threw a grand opening celebration that included an orchestra flown in from New York, bagpipers to lend a Scottish feel, fresh lobster brought in from Maine and even a 57-foot yacht to house some of his guests.

That was a lot to live up to, and Gary’s grand dream of a teeming golf course community and a destination course that would pack the ferries with foursomes bearing clubs and cash was never fully realized.

Blame the golf course’s location on an island far from population centers as part of the reason for that, but credit that same unmatched location on winsome Madeline Island and Jones' innovative design as reasons more golfers should make the trek.

It is safe to suggest that Jones created a golf course unlike any other you will ever play. It is often described as a “double nine” layout, with seven large —sprawling, even — greens that feature two pins each, red for the front nine and white for the back. More than a few players have delighted in shots that landed near the hole, only to be reminded they should have been aiming at the other flag a near-world away on the same green. That’s only a slight exaggeration; on one recent round I paced off the fourth green (which also is the 13th green) as being 59 yards wide — and it isn’t even the biggest green on the course.

The design allowed Jones to create 18 holes on a limited amount of land. For example, the second hole is just 109 yards over a pond to a flag on the left side of the double green. From an adjacent tee box the 11th hole plays longer but over the same pond to a pin on the right side of the green.

Even where there are separate greens for front and back nines the layout is unique. The sixth and 15th holes share a tee box and fairway until it splits off into doglegs in opposite directions.

As course manager Paul Turner put it, “Unique is a pretty good word, because it’s a different breed of golf out here.”

While opening holes on both nines are wide and open, later holes are routed through woods where accuracy is a must. The course features generally short par 3s and par 5s but is known for sturdy and demanding par 4s that challenge the average player to reach in regulation.

“That’s been nice. It’s been well-received both by our members and others who come to play.”

Christ said another change that was popular with most players was switching the first and 10th holes. Now, players begin on a relatively short par 5 at just 444 yards instead of taking on one of the course’s demanding par 4s right out of the box.

“It’s not short-short,” Christ said of the new first hole, “but it’s set up so the long hitters can take a crack at it.”

Just as one of Madeline Island Golf Club’s assets is its stunning views of Lake Superior from seven holes, that same lake is serious competition for visitors’ time and attention. In a northern setting with a short peak season golf must compete with sailing, fishing, swimming, biking and all of the island’s other offerings.

As the Ashland Daily Press noted upon the course’s opening, “In most other locations the new golf course would be a singular attraction, but at Madeline it slips casually into a long list of attributes that have drawn people to the special atmosphere of the island for years.”

“Our other unique challenge is that we have the ferry, which is not cheap,” Christ said. “Once we get people on the island it’s no problem,” but having to catch — and pay for — a ferry can dissuade some players from coming.

One way to cut the cost is to leave your car in Bayfield and simply carry your clubs onto the ferry. Christ said when golfers notify the clubhouse ahead of time they can arrange to be picked up at the ferry and driven the short distance to the course by staff or even helpful members.

But if it takes a little extra to get there, be assured it is well worth the effort. As someone who has played Madeline Island GC many times, I would suggest the scenic ferry ride from beautiful Bayfield to marvelous Madeline is as pleasant a way to get ready for golf as you’ll ever encounter.

Think of it as our own watery Robert Trent Jones Golf Trail, and it’s well worth taking.