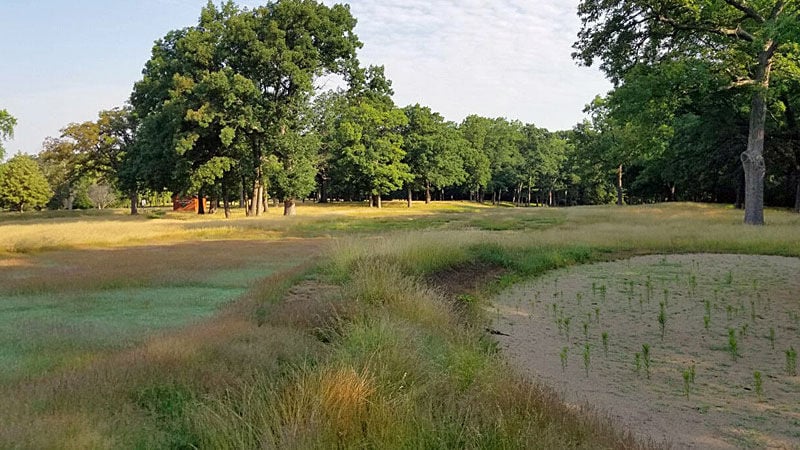 Neglected bunkers, greens and fairways have been overtaken by Mother Nature at Shorewood Golf Course on the UWGB campus. This is the fourth hole. 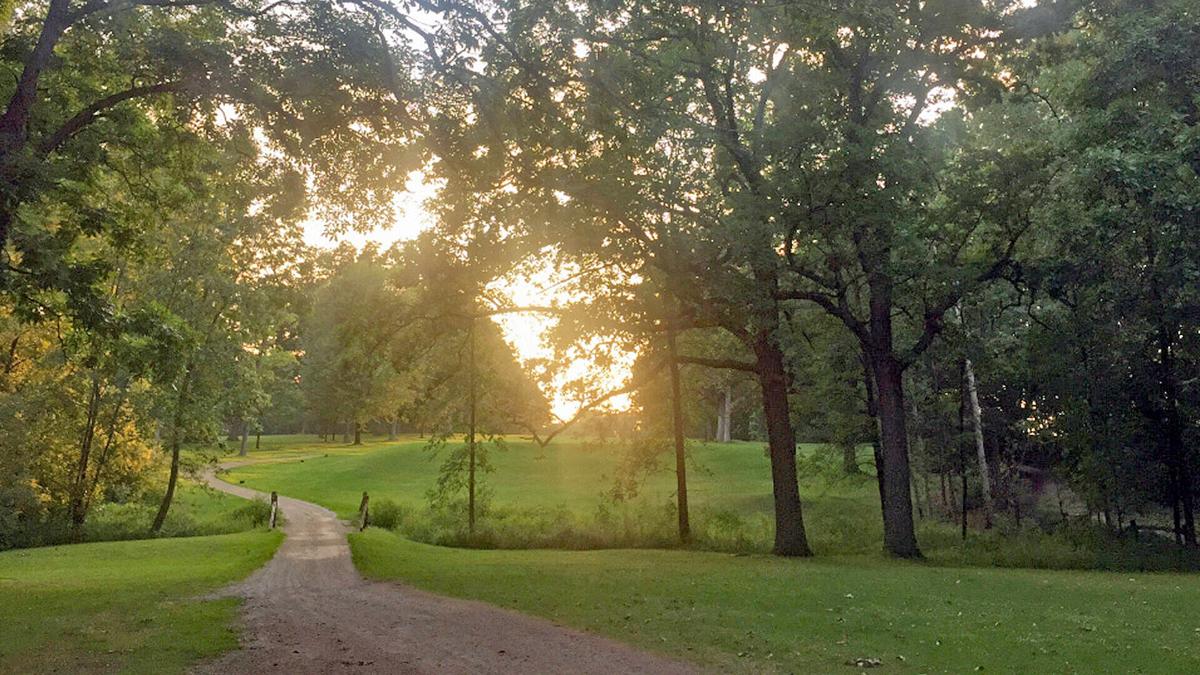 The recording on the telephone at Green Bay’s Shorewood Golf Course informed callers that opening day for the nine-hole course on the campus of the University of Wisconsin-Green Bay depended on hiring a new superintendent, “which we do not have at this time.” It said callers who are interested could leave their name and number to be notified when the course opens, “fingers crossed.”

Crossed fingers were not enough. The school’s chancellor said Wednesday the course would not be reopened this summer, or ever again.

“Despite our best attempts to open the Shorewood Golf Course this summer, we will be unable to do so,” Chancellor Michael Alexander wrote in an email to faculty and staff. “As many of you know, Shorewood has been a significant drain on our resources for many years. Interest has been waning for many years and it is not critical to our primary mission of student success. Fortunately, there are many other excellent public options in Green Bay to play golf.”

Alexander said in coming months the school will convert the golf course into a student recreation and engagement center to expand recreational offerings, provide meeting space for students, relocate and improve the community disc golf course and establish a new entry point and parking area for the Cofrin Memorial Arboretum.

The decision will likely be something of a surprise to some. In May, the school put out a call for players for summer league play at Shorewood beginning June 1 and continuing through August. However, later that month Corey King, vice chancellor for university inclusivity and student affairs, said the school was still trying to find a maintenance plan.

“If we’re not able to secure a maintenance contract we gotta talk about options at that point,” King said.

Photos posted on social media recently showed parts of the course with long, unmowed grass and weeds growing in sand bunkers. That’s a far cry from the course that has won multiple awards from the Golf Course Owners of Wisconsin for maintenance and appearance and which twice, including as recently as 2016, was named the state’s Nine-Hole Course of the Year.

Shorewood was the state’s oldest campus golf course, built on the shores of Green Bay in 1931, decades before the school even opened. Built by the same company that created the Oneida Golf & Country Club, it opened for play that year as a semi-public nine-hole course with greens fees set at 50 cents for nine holes or $1 for 18. The course proved so popular that in 1940 a second nine opened.

In the 1960s planning began for a four-year university campus in Green Bay. Initially the plan called for the golf course property to be taken for the campus but Brown County contested the university’s right to condemn the course. Shorewood argued that the university was taking more land than needed. The dispute was litigated for several years and ultimately went to the Supreme Court, but in 1969 the golf course land was sold, leaving just the nine-hole course that exists today.

In his statement, Alexander acknowledged the decision to close permanently “will be a disappointment to those in the community who have used the Shorewood Golf Course for many years.

“As a state institution we must be good stewards of our funds, and this decision allows us to better support our current and future students. Our region desperately needs to grow and provide more graduates to support the growth of the economy in our region. While what to do with the Shorewood Golf Course has been wrestled with for many years, I believe now is the right time to make this chance and continue to build the moment we have as a university truly on the rise.”

Alexander was correct in saying the decision would disappoint the golf community. Longtime golfer Mike Dauplaise, who said he has great memories of Shorewood over 50 years of playing there, called the closing “disappointing, to say the least.”

Dauplaise said he has no doubt the university was losing money for several years but noted play is up substantially statewide and other courses are doing well so “it’s hard to cut them any slack on the financial end."

“They cut the greens once early this spring, but it became obvious very quickly that they had no intention of opening Shorewood for the season. The fact they strung us along by claiming a mid-summer target opening is insulting," he said.

“I have a lot of great memories from the 50 years or so I played at Shorewood. I learned golf etiquette there as a kid, served as president of the men’s league for several years and got to know several generations of student employees who worked in the clubhouse. It’s a very sad day for the Green Bay golf community.”