"My Favorite Courses" is a new occasional feature from Wisconsin.Golf in which staff and guest writers tell us about the golf courses they most like to play.

What makes a golf course a favorite?

If you play even a little bit of golf you have favorites. Mine would include my home course, Apostle Highlands in Bayfield. I also think fondly of little Black Hawk Golf Course in Janesville, where I took up the game as a kid, riding bikes with friends to collect lost balls from the woods in the evening and pedaling back, clubs on board, to lose them again by day. And I’ve written before of another nine-hole favorite, historic and scenic Plum Lake Golf Course in Sayner, where rocking chairs on the screened porch of the rustic log clubhouse make for a great place to rehash a round.

I’d put Lake Wisconsin Country Club on the short list as well as a golf course I look forward to playing again and again, as I did one breezy day in early May.

It’s not that Lake Wisconsin is a show pony of a course. It won’t make you forget centerfold layouts like Erin Hills or the golf courses at Kohler, but that’s fine. What you will find at this nearly century-old track in Prairie du Sac is a well-cared for golf course in a pretty setting with holes that will tease the unsuspecting player who only sees length and salivates while offering rewards to those who respect its demands.

As Jacob James, the PGA pro at Lake Wisconsin put it, “It looks short, but there’s a lot going on out there.”

It’s also the perfect course for those who like to wine after a round of golf. More about that spelling later. 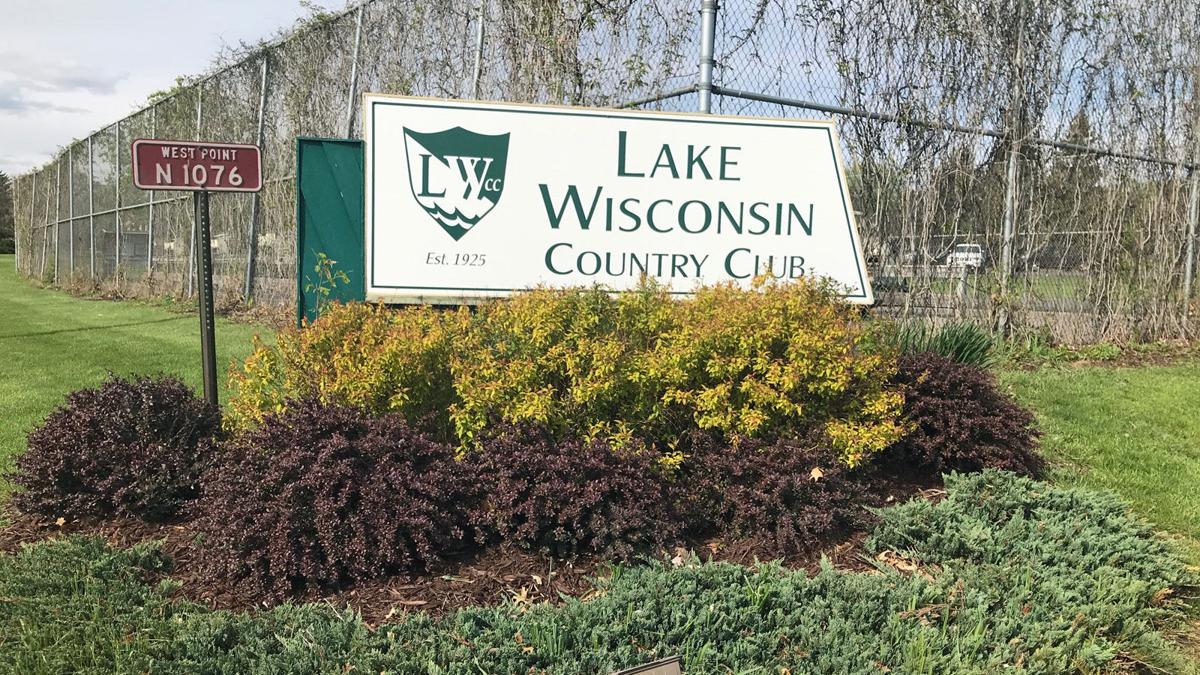 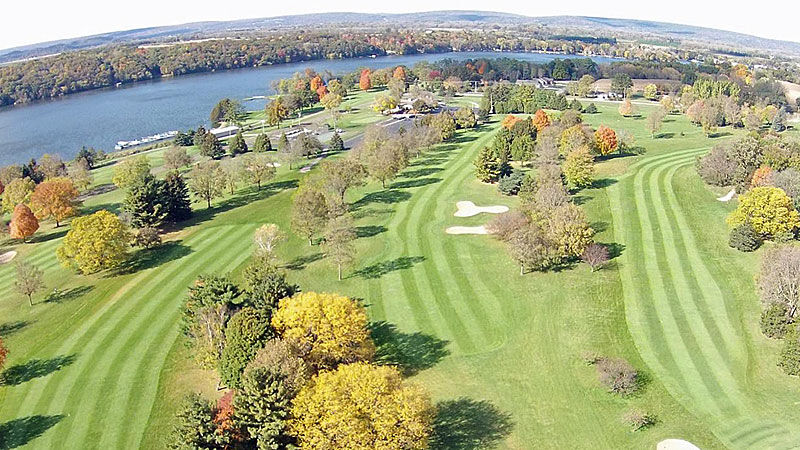 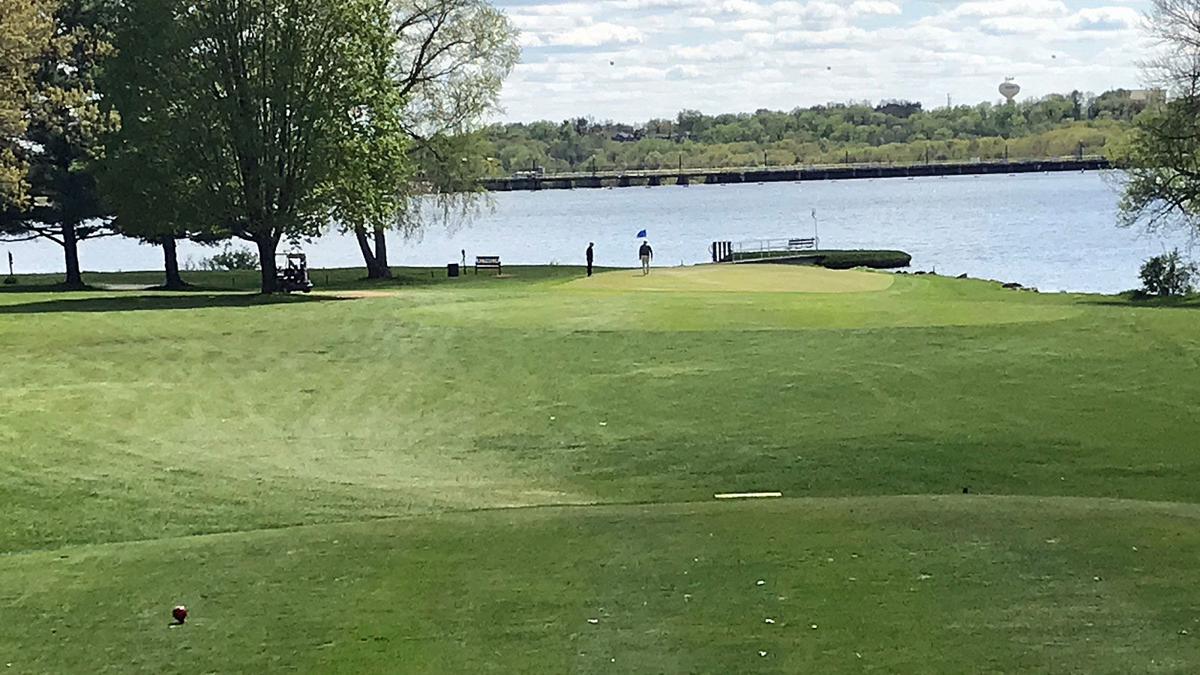 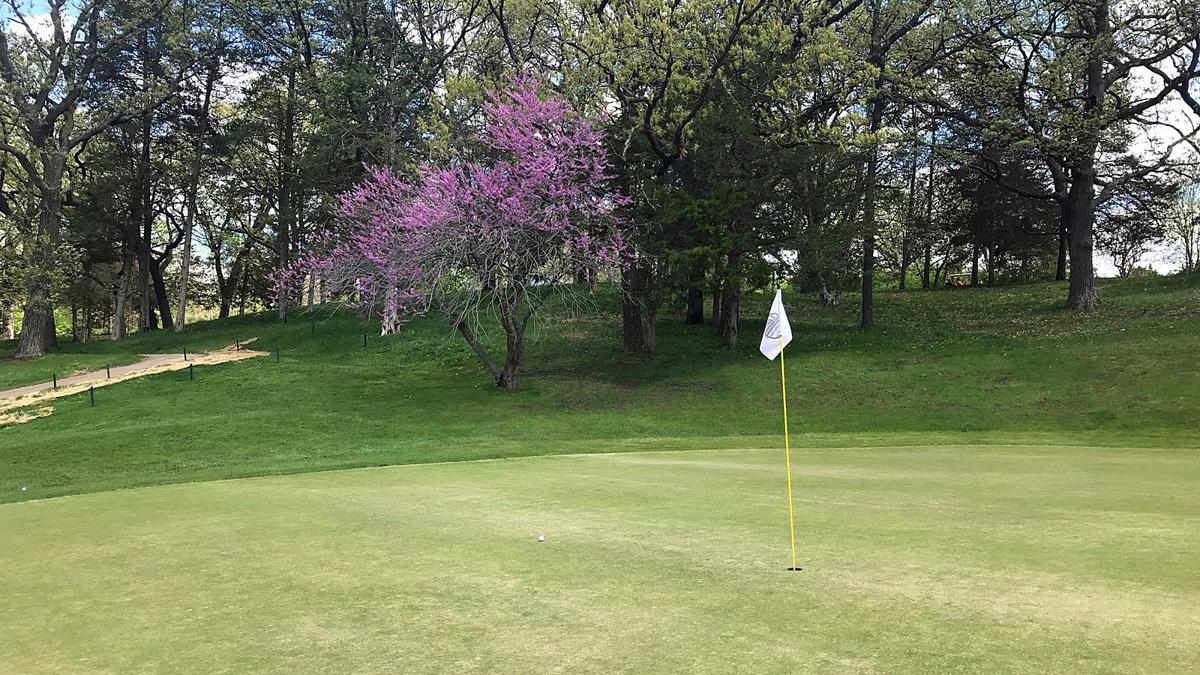 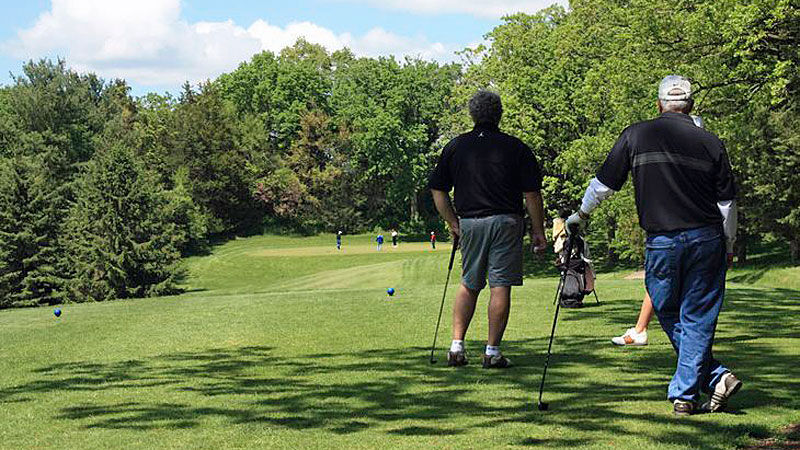 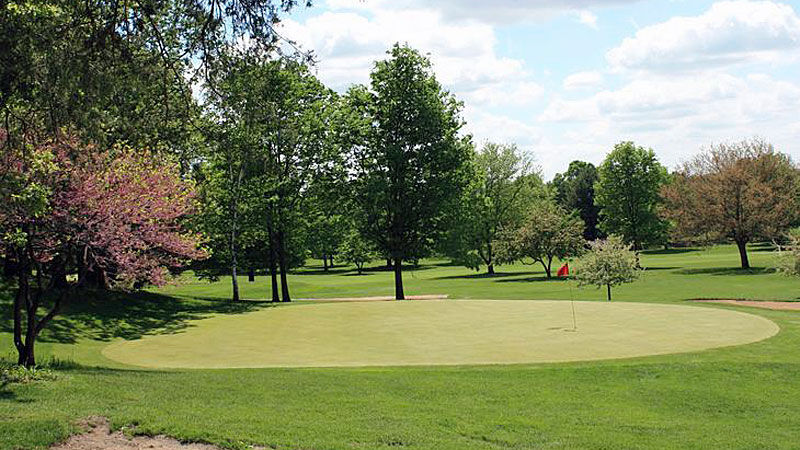 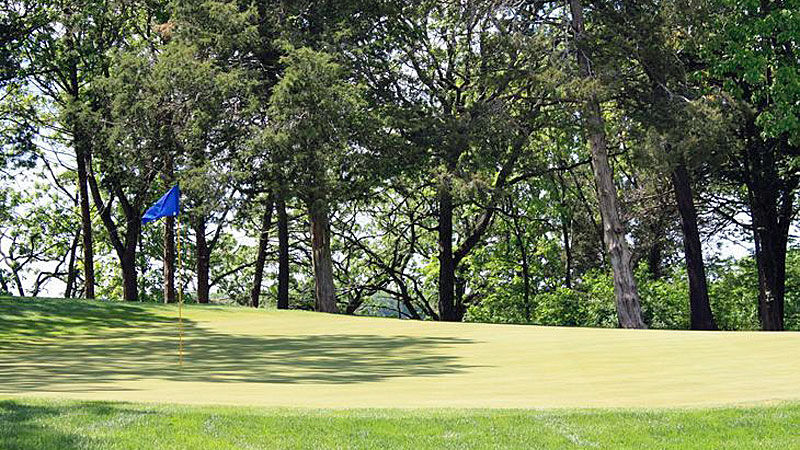 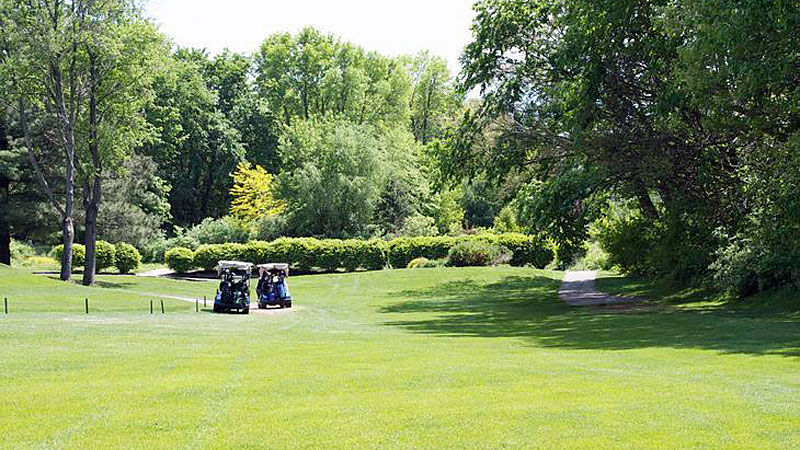 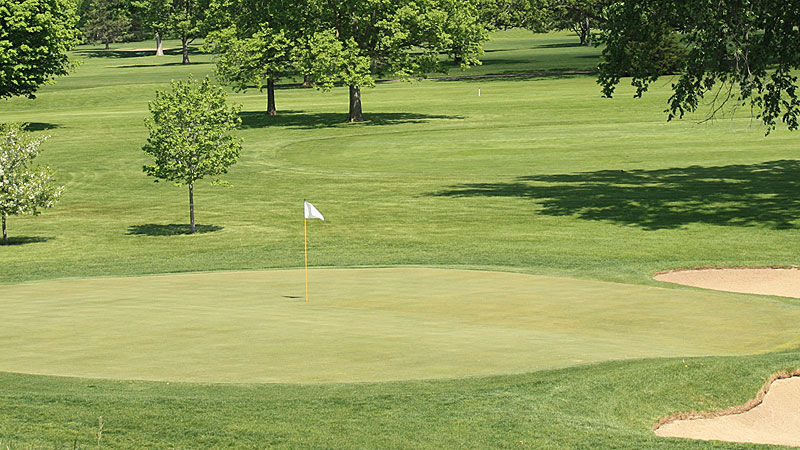 What Lake Wisconsin claims that almost no other course I know can match is the presence of a large hydroelectric dam that abuts the property, so close that at one point in our round we heard a piercing klaxon-like alarm and a recorded voice telling any fishermen who might be close to get away from the spillway before the gates opened. Which they did just a moment later, not that the rushing water bothered the flock of white pelicans who were the only fishermen in sight.

It was the dam that led to the development of a golf course on the river. The club was chartered by the state of Wisconsin in 1925 and given free use of the land next to the hydroelectric facility. Enough residents of Prairie du Sac and its sister community, Sauk City, were apparently eager for golf and soon the club had 100 members. Greens were built using soil harvested from a nearby farm and hauled to the site by horses. A clubhouse and watering system were also installed.

The club did fine until World War II prompted the power company to fence in most of the property for security reasons, bringing play to a halt, but in the years after the war the club reorganized, removed the fence and brought the course back to life. In 1964 a second nine was added and continued improvements made Lake Wisconsin a course popular with the surrounding community. Today there are about 240 members, James said, and league play is big.

The two nines are quite different. The front is longer – the first hole is a nearly 400-yard par-4 and the second a nearly 500-yard par-5 – and more wooded. And even when the yardage relents there are challenges. The par-3 fifth is just 140 yards from the white tee to an elevated green that repels short shots and can make for very tricky putts if you get on the wrong side of the hole. And the par-4 sixth is one of those teaser holes, just 282 yards but with woods on the right and an out-of-bounds pasture on the left. Hit it straight; birdie can wait.

The back is notable for its four par-3s, including back-to-back ones on 11 and 12 that border Lake Wisconsin all along the right side. The 12th is Lake Wisconsin’s best-known hole because it features an island tee that requires those playing from the blues to clear water all the way to the green. The par-4 16th is another short dogleg that demands placement off the tee in order to have a go at the green tucked behind trees along the river. And while the par-3 17th would seem a cinch at just 163 yards, the green is protected by a ridge in front that stops weak shots and out-of-bounds behind for the over-aggressive player.

As James said, there’s a lot going on out there despite the modest length. My scorecard reflected that, too, but that’s alright. I was just happy to be back.

Lake Wisconsin CC is pretty at all times of year but especially in fall when color enhances the woods along the river. Which, by coincidence, is also the perfect time to visit Wollersheim Winery, Lake Wisconsin CC’s neighbor just a mile or so up the road. Grapes were being grown on the property’s sloping fields there as early as the 1840s under Hungarian nobleman Augustine Haraszthy, who went on to help found the California wine industry, and grape-growing and wine-making continues today under the direction of Philippe Coquard, who came from France to work with owner Bob Wollersheim in 1984. Coquard married Wollersheim’s daughter, Julie, and in recent years has won numerous awards for his wines. A few years ago the winery added a distillery that produces a variety of hand-crafted spirits, including a dandy apple brandy.

And after a fun round at Lake Wisconsin, how can you beat a 19th hole like that?