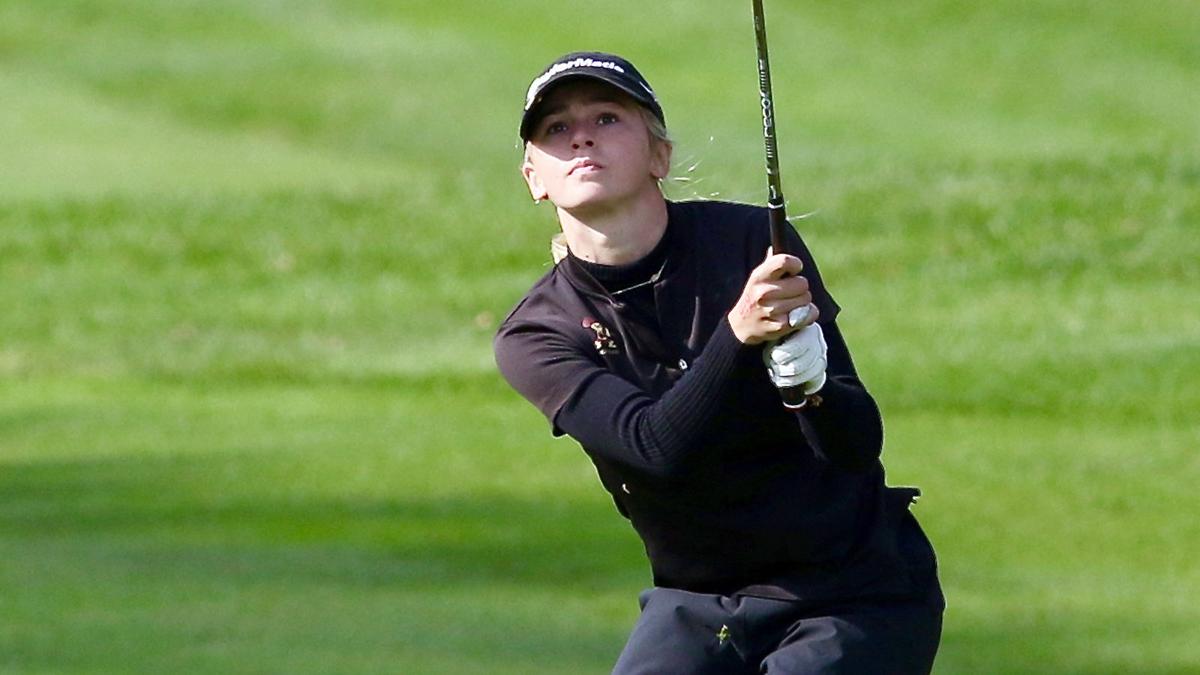 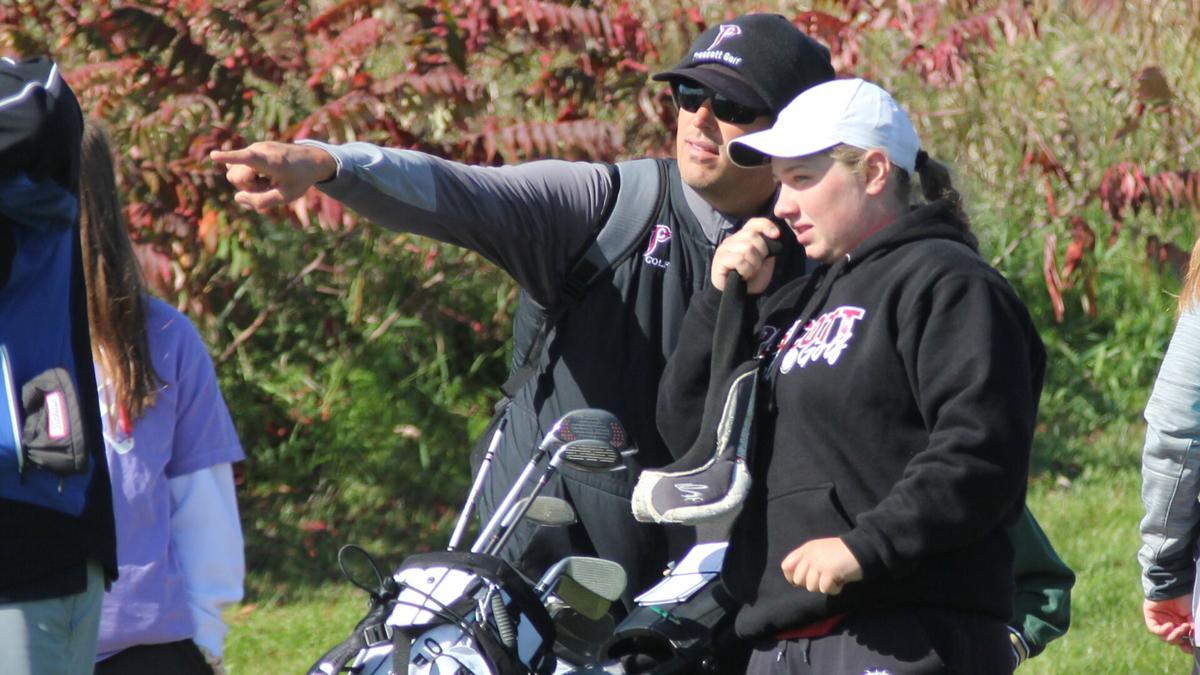 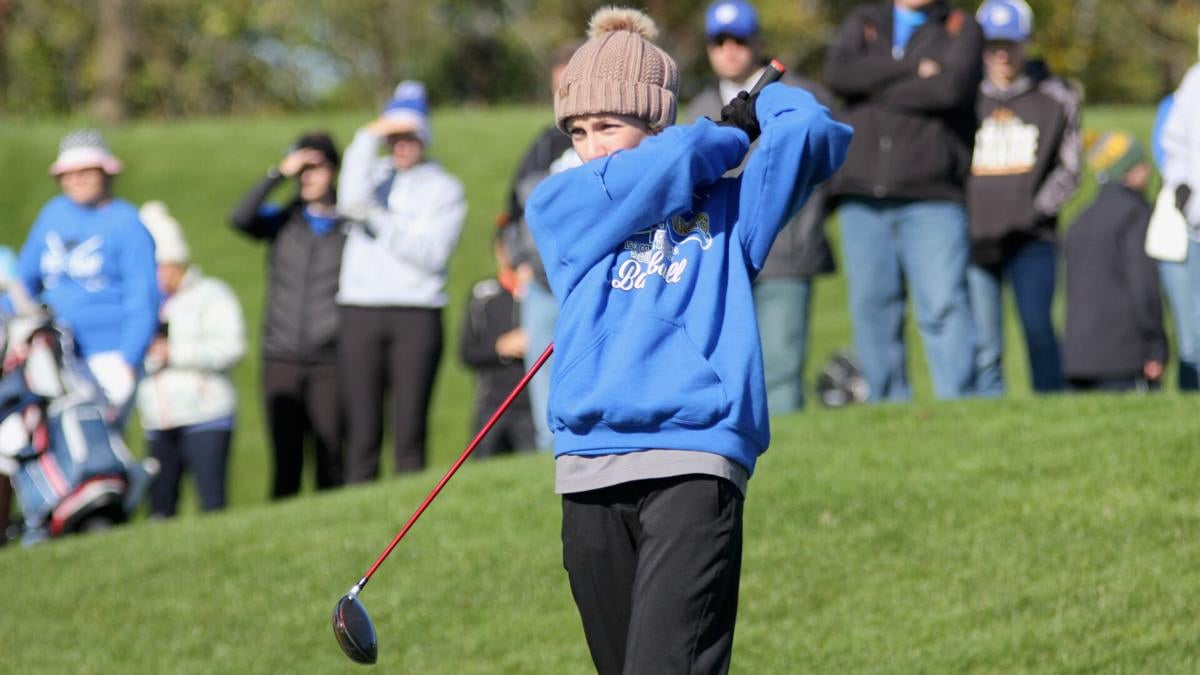 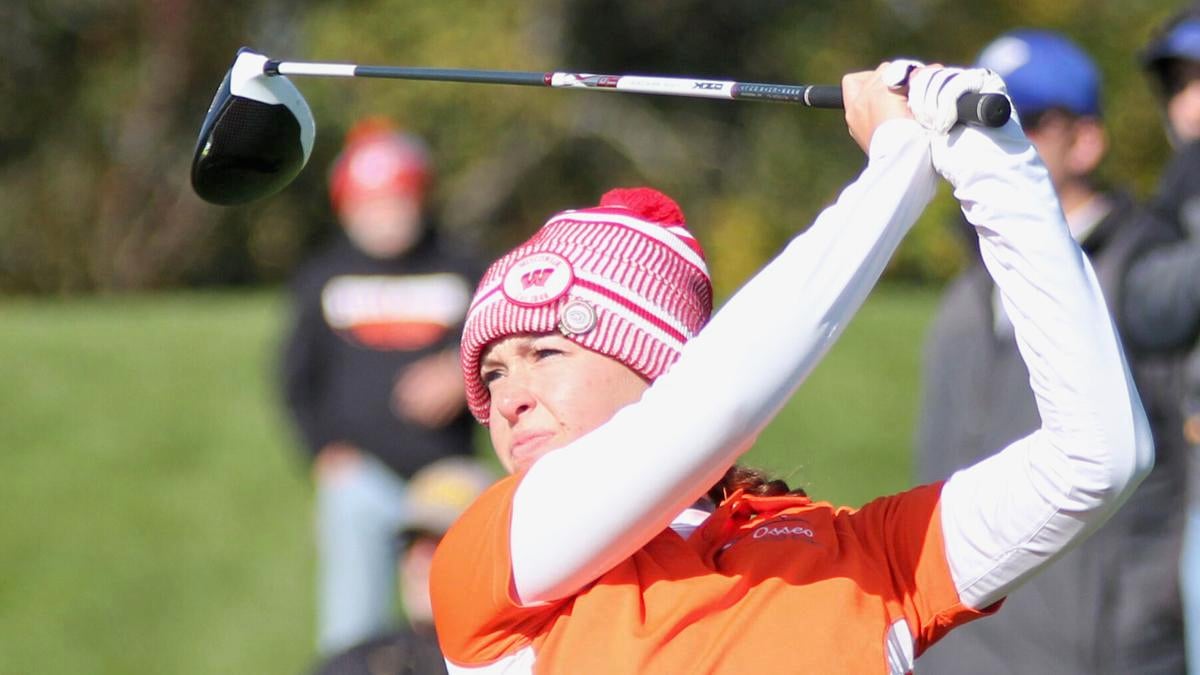 Wisconsin.Golf breaks down the three WIAA Division 2 girls golf sectionals scheduled for Tuesday and Wednesday. Two teams plus three individuals will advance from each sectional to the WIAA state championships Oct. 12-13 at the Meadow Valleys Course at Blackwolf Run in Kohler.

2019 story: Eventual state champion Grace Welch shot 80 to earn medalist honors by four strokes as Madison Edgewood (351) placed three golfers in the top five and easily outdistanced Osseo-Fairchild/Fall Creek (403) for the team title at the WIAA Division 2 Prairie du Chien sectional. Osseo-Fairchild, which hadn't been to the state tournament since 2014, edged Arcadia/Independence (411) for the second state berth in its first year of a cooperative program with Fall Creek thanks in large part to runner-up Ariel Heuer, a senior who played her first three seasons on the boys team at Fall Creek. Cambridge senior Mary Hommen (89), Colfax senior Abby DeMoe (90) and Arcadia/Independence senior Rylee Haines (95) earned state berths individually. For DeMoe, it was the fourth year in a row that she qualified for state with an individual berth.

2020 skinny: No matter how many or how few rounds its golfers have under their belts, Madison Edgewood always finds a way to get it done in October. Senior Caitlyn Hegenbarth, who has been part of that process each of the last three years in helping the Crusaders to the last two of their record 15 state titles and a runner-up finish, got things going last week by scoring medalist honors in leading Edgewood to victory at the Prairie du Chien regional. The Crusaders' winning score (382) was the best of any of the eight sectional qualifying teams by 13 strokes. The challenge this week is figuring out a Drugan's Castle Mound GC that Edgewood has never played on its way to any of its last 22 state tournament appearances. (Its only other appearance in a sectional hosted by Arcadia came in 2007 at Trempealeau Mountain GC.) Those qualifiers from the Black River Falls regional are quite familiar with Drugan's after playing it at the regional level each of the last two years. Osseo-Fairchild/Fall Creek (373) won the 2019 regional by 15 strokes over host Arcadia/Independence, but the No. 1 golfers from both programs a year ago have graduated (as has defending state champion Grace Welch for Edgewood). Hegenbarth, Coulee Conference champion Hallie Tulip of Arcadia and CloverCroix Player of the Year Madyson Rosman of OF/FC are capable No. 1 golfers who can do a lot of the heavy lifting in trying to get their teams to state, but all three teams counted at least one triple-digit score at last week's regionals — as did Prairie du Chien regional runner-up Wisconsin Dells, which could be a factor at Drugan's as well — so it's unlikely any have booked hotel reservations for Kohler quite yet.

2019 story: Junior Lauren Haen shot 87 as Xaiver (Appleton) placed three golfers in the top six and four in the top 12, shot 387 and won its own sectional at Ridgeway CC in Neenah by 18 strokes over Wrightstown (405). Freedom sophomore Callie Berg (83) joined sisters Maya and Ava Heckmann of Lakeside Lutheran, who shot 88 and 91, respectively, in earning individual berths in the state tournament.

2020 skinny: One year after taking its lumps on a tough sectional course to the tune of a 438 team score while playing the postseason with just four golfers, The Prairie School (Racine) takes its turn hosting a sectional with eager anticipation as it continues to measure its significant turnaround from last season. The Prairie Hawks shot 367 at last week's Catholic Memorial (Waukesha) regional at Broadlands GC in North Prairie, a 46-stroke improvement over its regional score a year ago at Ives Grove GL — site of this year's sectional. Sophomore Sophia Lawler has taken hold of the No. 1 position for The Prairie School while senior Emily Eitel has been playing the best golf of her high school career out of the No. 2 spot. Junior Madeline Maraccini and senior Sarah Fosbinder, the other two returnees from a year ago, have both shown measurable improvement and freshman Kadyn Peery gave the Prairie Hawks a fourth sub-100 score at the regional and the hope for the program's eighth state tournament appearance. This North East Conference is certain to produce the second state qualifier, given that it qualified seven schools to the sectional alongside The Prairie School. Wrightstown, which finished sixth at the WIAA state tournament a year ago, has the best depth of the seven with two seniors (Carley Ott and Camryn Burke) at the top of the lineup and two sophomores (Danielle Bruecker and Sophie Stengel) right behind them. But after a tough front nine derailed Burke at last week's Catholic Memorial, the Tigers counted a 99 from No. 5 golfer Esme Moses, virtually cementing Wrightstown's status as a likely state qualifier if it doesn't also take The Prairie School to the wire for the sectional title.

2020 skinny: Prescott's bid to become the first public school to win a WIAA Division 2 state title continues on a tough Turtleback GC layout with the Cardinals and Saint Croix Central poised to continue their table-for-two approach through the WIAA postseason. Ava Salay's sophomore season has been every bit as good as her rookie campaign in 2019 and is no doubt ready for a breakout performance of her own after runner-up finishes to New Richmond's Lanie Veenendall at the Middle Border Championship and Saint Croix Central's Sally Vangsness at last week's regional on Vangsness' home course at Pheasant Hills GC in Hammond. Salay can afford to take risks in pursuit of a low one if her Prescott teammates perform like they did at last week's regional. Juniors Liz Rohl (85) and Jessica Heinsch (88) and sophomore Jenna Wehausen (89) all came up big for the Cardinals (339), the only Division 2 school in the state to throw out a sub-100 score (a 98 from sophomore Maddie Reiter).