There might not be anyone better equipped to continue setting the pace in the Wisconsin.Golf girls Class of 2025 state rankings than McKenna Lowe.

Not only did the Kaukauna sophomore successfully orchestrate runs to WIAA state tournaments in both girls golf and cross country for the second year in a row, but Lowe withstood challenges to her No. 1 ranking among golfers in her class with the endurance of a distance runner in it for the long run. Among Class of 2025 golfers, Lowe was the top finisher in late June at the WPGA Junior Championship in Milwaukee and in mid-October at the WIAA Division 1 state tournament was second to Whitefish Bay's Daniella Honkamp.

In between, Lowe's consistency allowed her to stand out among her peers for the second year in a row. She led a top five that featured two newcomers — No. 2 Delainey Halverson of Oregon and No. 3 Talia Schlindwein of Wausau, who slid ahead of No. 4 Jaelyn Feller and No. 5 Addison Sabel of Oregon — but Lowe could feel the gap among the top golfers in her class shrink a lot.

"I feel that everyone in the Class of 2025 has improved and will continue to improve," Lowe wrote in a text message interview with Wisconsin.Golf, reiterating that the regional competition that boosted her into the top spot a year ago remains while recognizing that golfers from elsewhere in the state have emerged on the scene. "It's very fun to have competition in the area. Jaelyn and I have grown up in the golf world together at High Cliff (Golf Course in Sherwood) and I think we both thrive off of each other.

"It's (also) very fun to see different people around the state like Delainey and Tally during the summer tournaments. I think anyone can have their day and we all push each other during competition."

Lowe had her day in some of the biggest events on the junior schedule.

In addition to her strong showing at the WPGA Junior Championship, where she finished T-25 overall, Lowe was also the top finisher among incoming sophomores at the Lake Arrowhead Invitational (T-18), the Sherri Steinhauer (T-39) and the WPGA Players Tour stop at the Golf Courses of Lawsonia in Green Lake. She won the overall title at the WPGA Junior Tour stop at Eagle River CC, one of four top-10 finishes in six starts in those 18-hole events.

"This season felt very different from last year because I knew exactly what my expectations were when it came to competing and scoring," Lowe wrote. "I went into the summer very excited to play in some bigger tournaments and have more state-wide competition. I had some moments where I started to feel a little tunnel vision for achieving certain scores and I let that get in the way of staying focused and present. I had to re-learn how to forget about the score and focus on my next shot.

"The main thing that I have learned from doing both sports is to not get overwhelmed (which is a lot easier said than done). There has been a lot of trial and error in the last two years, but I think I am improving with the mental side of things. The main advice that I would give anyone trying to do multiple sports would be to take in one day at a time. Obviously, you still have to plan ahead, but don’t get obsessed with planning because no matter how much you plan, something unexpected will happen and you have to adjust to a new plan. I think the pressure is taken off of me while I’m in both sports but I’m not sure why. I don’t think my expectations are different with doing both sports because I know I am doing everything I can to reach my goals."

"Once the high school season started, it was a lot easier to stay present because I was playing for my team. Some of the pressure was also taken away when cross country started; the tunnel vision (went) away because I didn't have time to overthink."

Then, two days after finishing T-35 at the WIAA state golf tournament, Lowe won the individual title at the Fox Valley Association cross country championship, held on the same Countryside Country Club layout that served as Kaukauna's home course for girls golf. That ushered in the WIAA postseason in her other sport and led to Lowe helping the Galloping Ghosts finish third at the Division 1 state championship. She placed 39th overall and 20th among team runners on a sunny, 60-degree day at the Ridges Golf Course in Wisconsin Rapids.

"Winning the conference championship (in cross country) meant a lot because ... I proved to myself that I could make both sports work, even in the busiest part of the year," wrote Lowe, who — in case you were curious — finished T-8 at the FVA Championship in golf. "Winning the conference individually didn't really cross my mind until the second half of my race. I didn't have time to think about my specific goal. I wanted to get out and really compete hard.

"I feel like I really had to push through the rest of the cross country season because I was coming out of my peak time of the year. I definitely learned more about how to manage the rest of the season and I think I will be able to adjust and improve next year."

That's a mindset Lowe will need to stay at the head of her class in golf, too.

Neither Halverson nor Schlindwein qualified for the WIAA state tournament, but they showed significant improvement from 2021. They also made a significant impact in relation to other golfers in their class most of the summer. 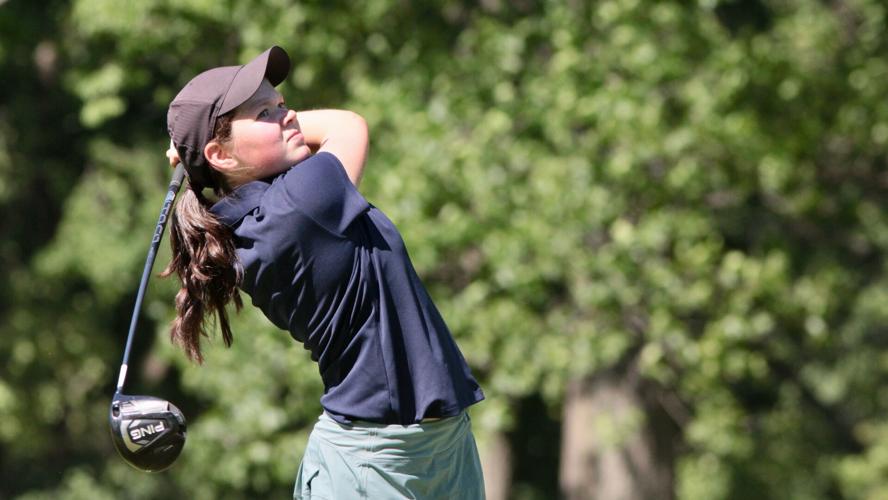 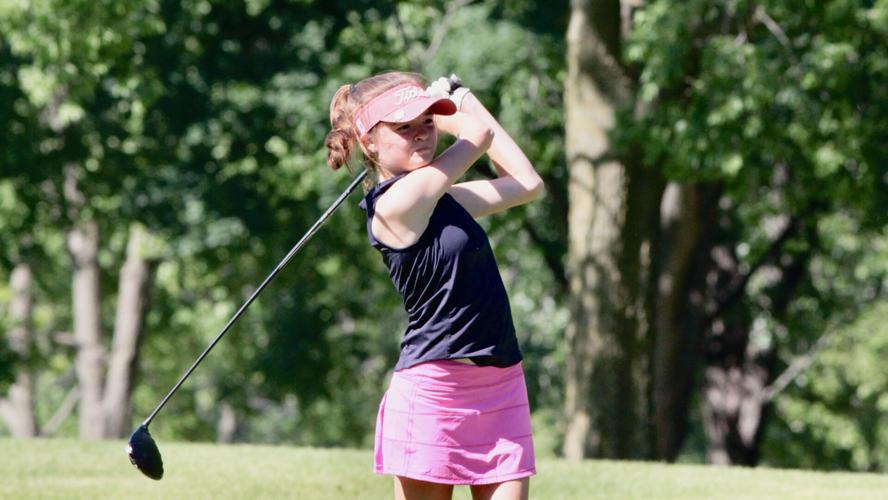 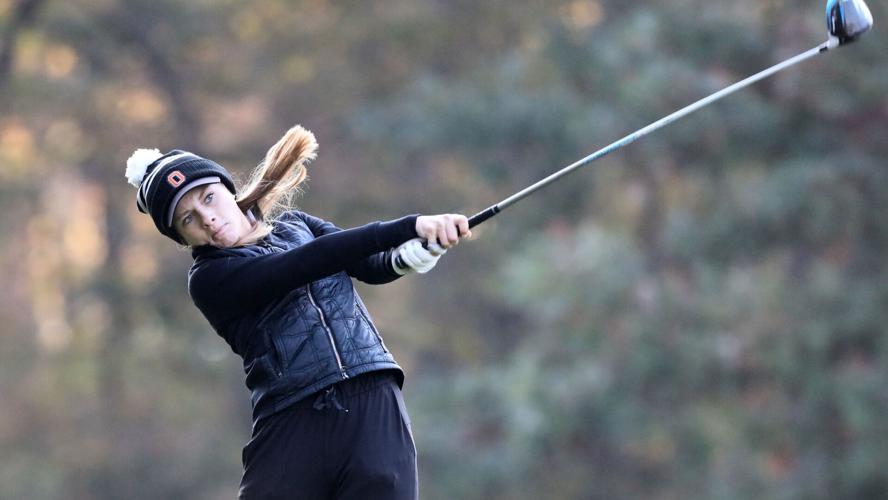 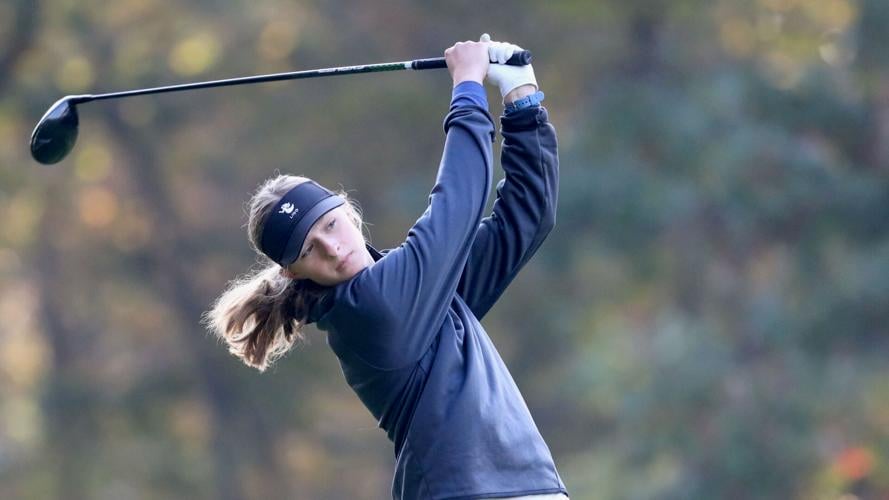 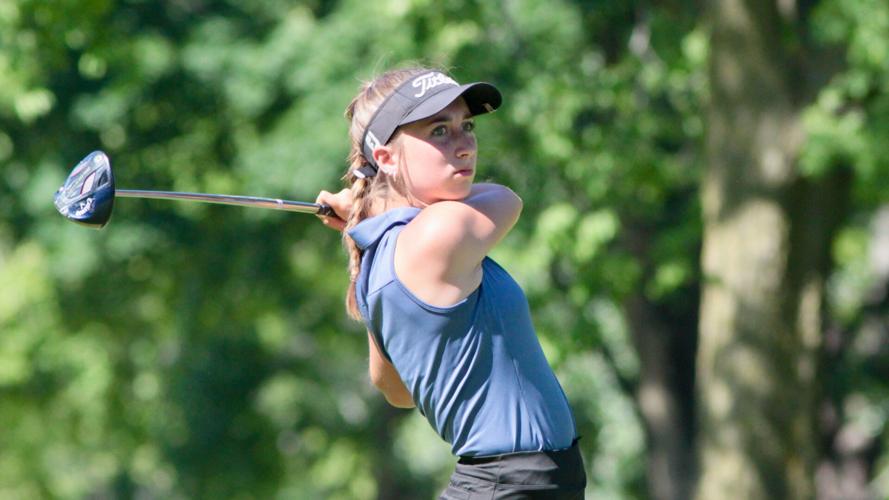 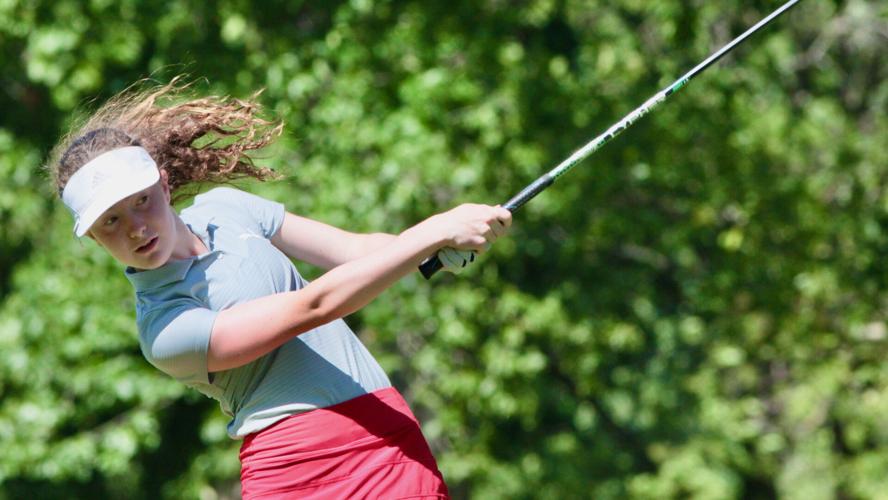 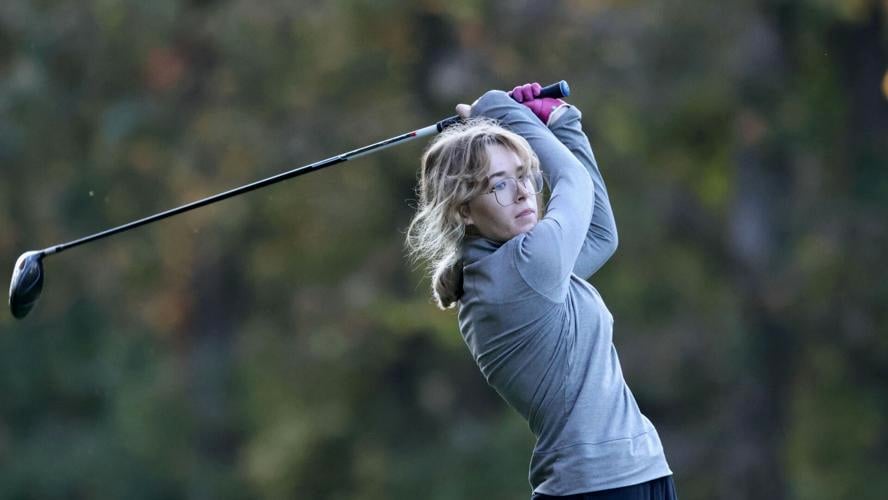 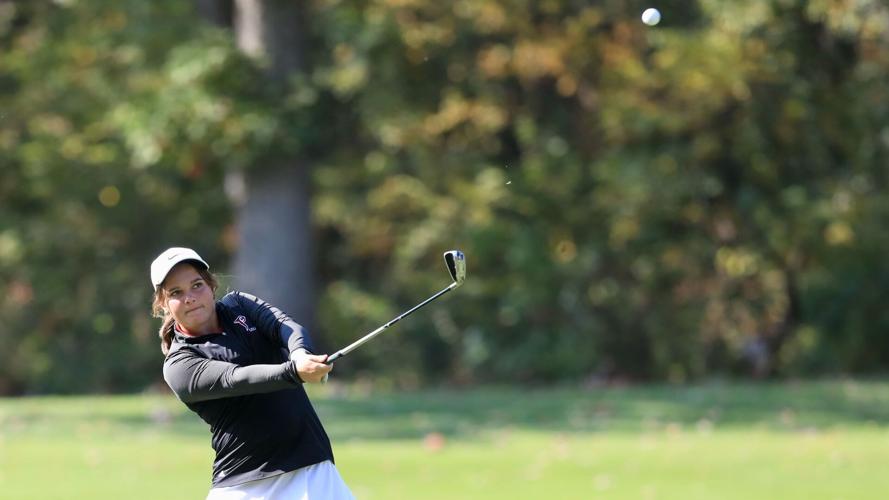 Halverson, ranked 10th a year ago, played the most robust schedule of anyone in the class and led it at the Dells Junior Championship (T-14) and during the qualifying round of the Wisconsin Junior Girls Championship (T-26) and was the only other sophomore besides Lowe to win a WIAA regional. Schlindwein, who was No. 9 in the 2021 ranking, topped her class at the Morgan Stanley Tour Championship (T-25) and WPGA Junior Par 3 Championship at Sand Valley Golf Resort near Nekoosa.

The Par 3 Championship isn't usually a leading barometer in the annual rankings process except that Schlindwein shot a 60 to finish second to UW-Green Bay recruit Riley Pechinski (58), a senior at Stevens Point. It would prove to be a preview of their 1-2 finish during the season-long Wisconsin Valley Conference tournament series during the high school season.

Feller, who earned the No. 4 ranking for the second year in a row, missed qualifying for the WIAA state tournament by one shot at the Division 1 Kimberly sectional despite shooting 83 and finishing ahead of Lowe and Schlindwein (84s). Feller again showed great consistency throughout the summer and showed great poise at the Wisconsin Junior Girls, winning two matches 1-up and another 2-and-1 to take home the second-flight championship in the match-play event.

But that's OK. The last 12 months won't be nearly as important for Class of 2025 golfers as the next 12 will be when it comes to developing resumes that might get the attention of college coaches as they start to look closer at this year's sophomores.

Right now, however, they see a class that was the only one from 2023 through 2027 to not have anyone try to qualify for the U.S. Girls Junior Championship or dip their toe in the competitive waters of the Wisconsin State Women's Open. There is still time for that, but that window is closing fast with less than two years until National Signing Day for the Class of 2025.

Even for someone like Lowe, who theoretically will have college options in two sports in the same season, it's hard not to look ahead.

"College sports always cross my mind this time of year," wrote Lowe, who finally has time to ponder the future. "As of right now, I could see myself doing either sport. I think juggling both on a college level would be very difficult and I don't think it would be healthy for me to try and juggle that on my own.

"With both running and golf, anything can happen so I think I am just going to see what happens and what opportunities come my way. The nice thing about playing these two sports is that they are lifelong sports. I know that no matter what sport I choose, I will continue to play/practice the other one."