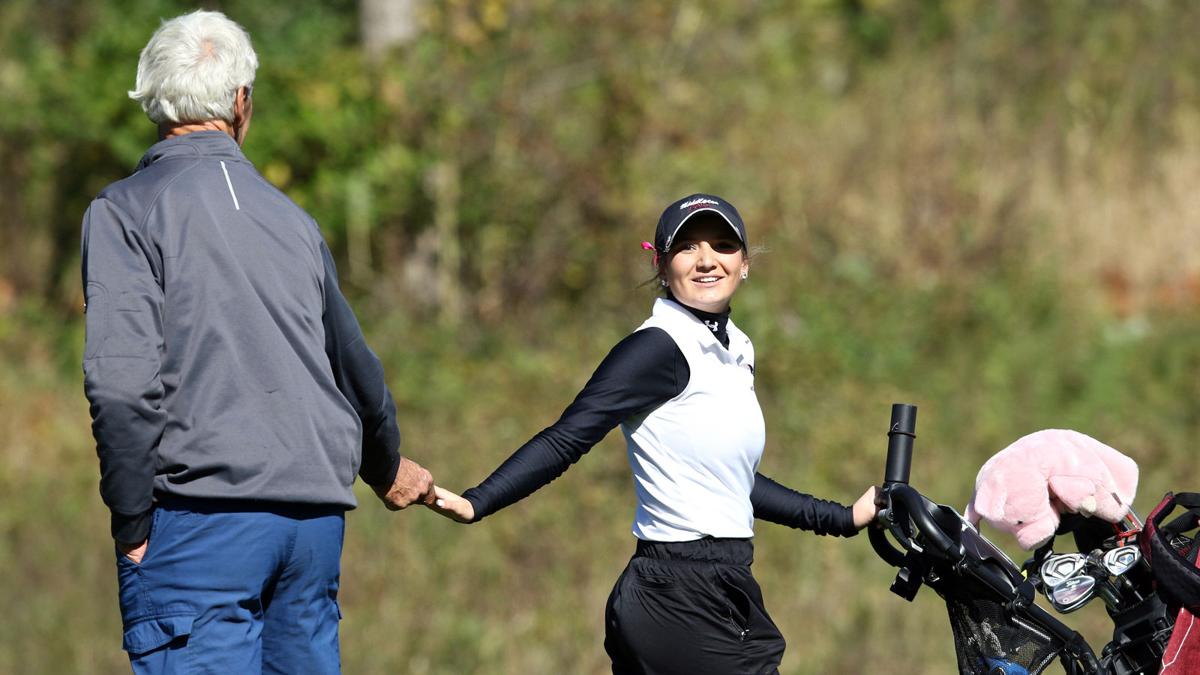 Middleton’s Glenna Sanderson is congratulated by the Cardinals’ boys coach Tom Cabalka after she birdied the 14th hole at the 2019 WIAA state championship. 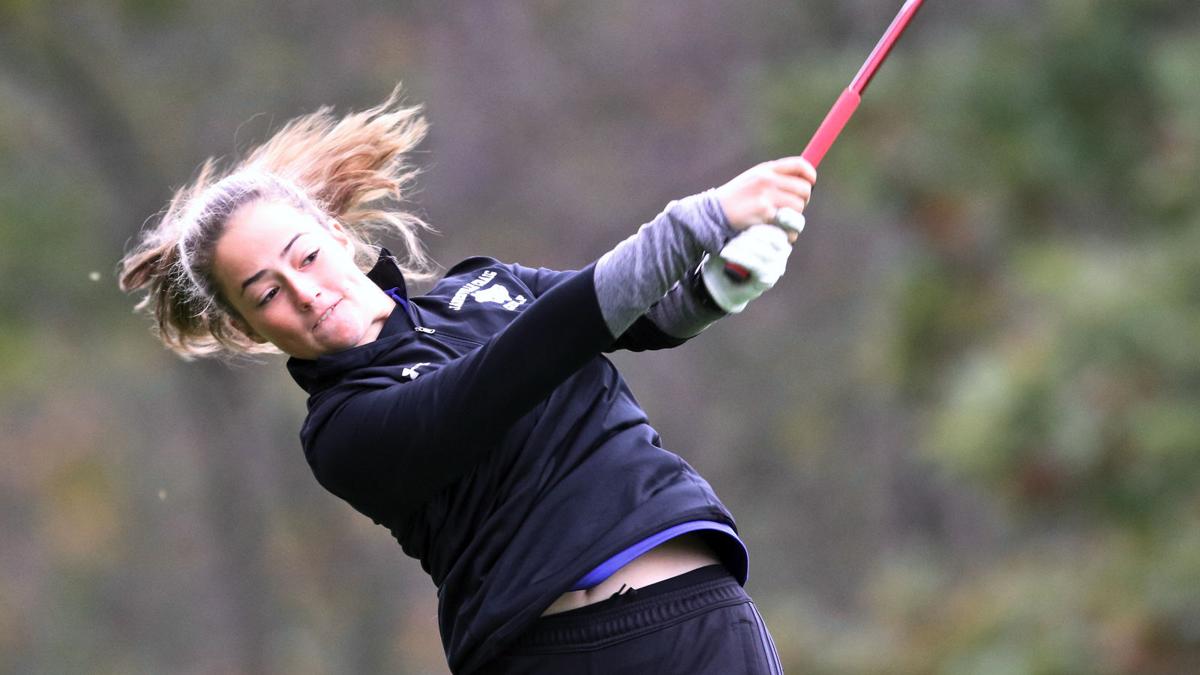 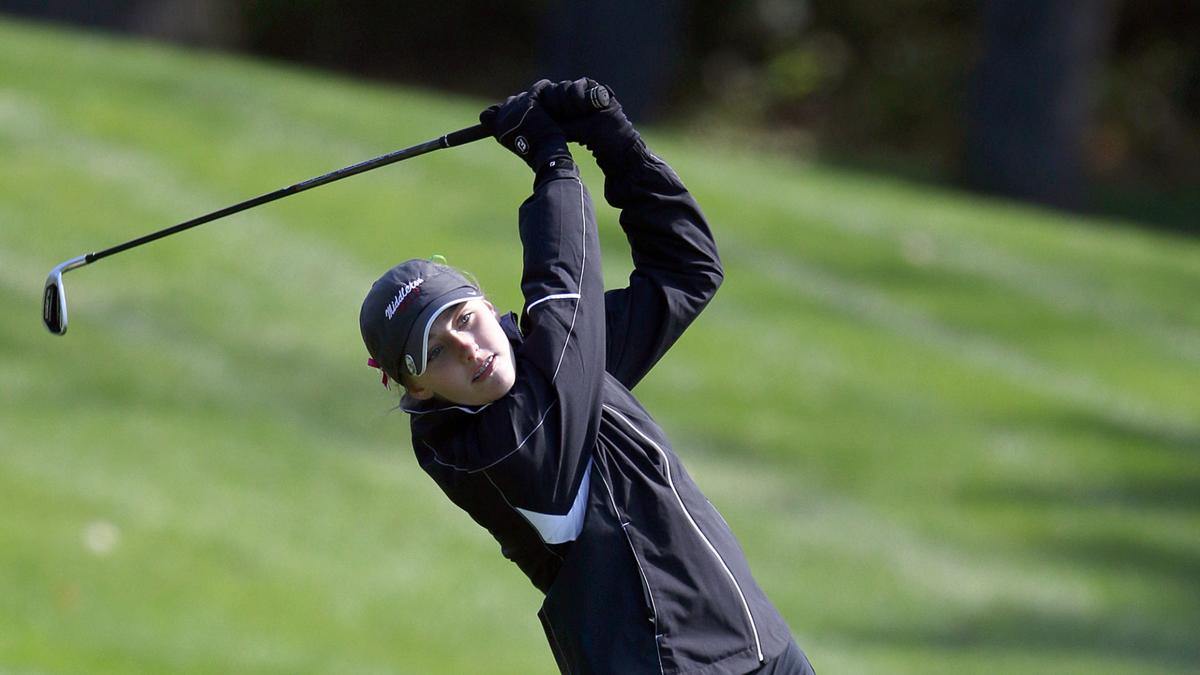 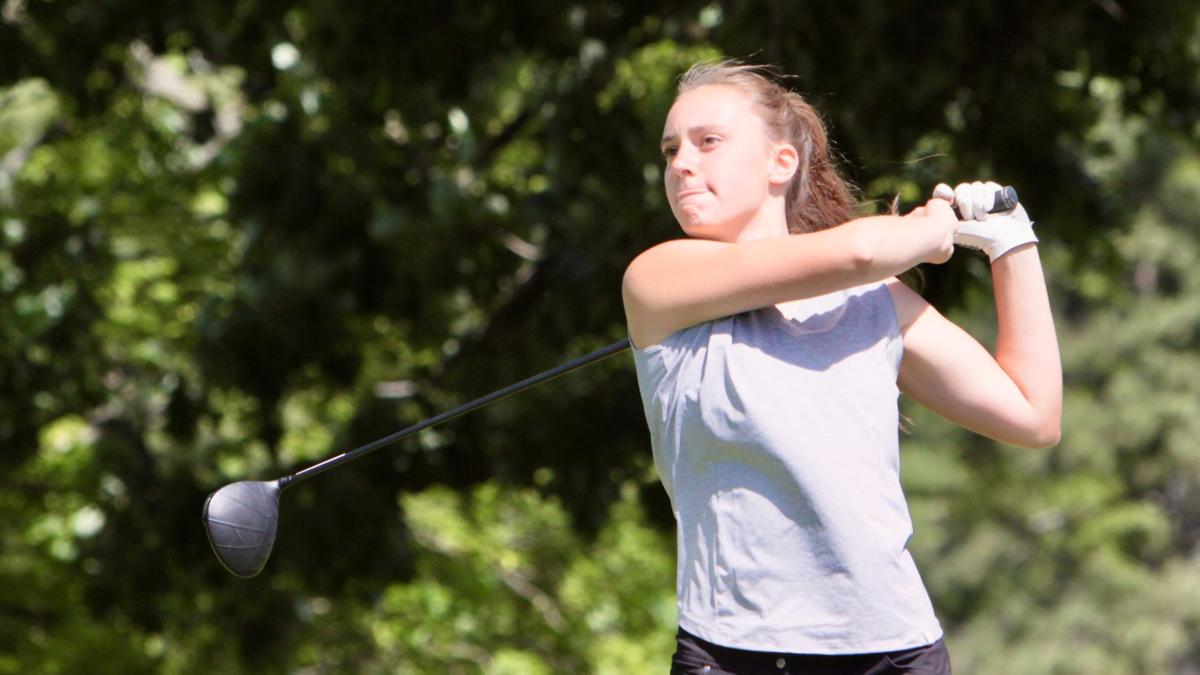 Editor's note: This story was updated to reflect that two golfers from Madison Memorial have elected not to play golf this spring. Their places on the preseason all-conference team have been taken by two sophomores from Sun Prairie.

It remains to be seen how many girls golf teams in Big Eight Conference will tee it up this spring and which opponents each school will be able to play.

The confusion may prove to be much ado about nothing. Big Eight athletic directors have determined there will be no official conference competition, let alone a conference championship, and Madison La Follette coach Nancy Seymour said the four Madison schools in the conference are only allowed to play each other.

Besides, Middleton, the 2019 WIAA Division 1 state champion, and Janesville Craig are the overwhelming favorites to dominate whatever competition involving the Big Eight schools does take place.

The Cardinals graduated Katherine Meier (Loyola-Ill.) and Mackenzie Hodson off its 2019 state championship team, but return a trio of veterans in senior Glenna Sanderson and juniors Ellie Frisch and Milanne Dahmen. Sophomore Amanda Beckman saw some varsity action as a freshman — spelling Sanderson when she was battling nagging foot pain — and should join junior Karlye Kriewaldt and freshmen Vivian Cressman and Ellen Close in filling out the back portion of the Middleton lineup.

"We have some talented girls returning as well as some freshmen looking to show us their talent as well," Cardinals coach Becky Halverson wrote in her preseason survey. "Katherine Meier and Mackenzie Hodson will certainly be missed, but we have a strong group of ladies looking to step in and be a part of the team."

That same mix will power Janesville Craig, too.

The Cougars welcome back senior Kallie Lux — No. 5 in Wisconsin.Golf's girls Class of 2021 state ranking, one spot ahead of Middleton's Sanderson — and welcome in freshman Mya Nicholson, who is No. 3 among Class of 2024 in-state golfers. Senior Morgan Knilans and juniors Lauren Dammen and Esther Jung round out a veteran Craig team that finished third in the Big Eight behind Middleton and Madison Memorial in 2019.

"This team has the most experience that we have had in five years," Cougars coach Alex Schaar wrote. "This will be the landmark year for Kallie and Morgan, who have had dreams of a state-bound team for the past three seasons."

Madison Memorial could throw a wrench into those plans if the Spartans are allowed to compete in the WIAA postseason. The Spartans were planning to welcome back their top four golfers off its 2019 regional championship team, three of them seniors, but UW-La Crosse-bound Bridget McCarthy and Ana Kielly had elected not to play.

For programs such as La Follette and Verona, which has a new coach in former Wildcat golfer Hanna Rebholz, any portion of a season will be a valuable bridge to the return to fall golf in August. Neither team was able to field a full team for regional play in 2019 and even limited competition this spring could be beneficial come this fall.

Sun Prairie served notice in its opener that it could be a team to watch. Sophomore twins Isabel and Sophia Royle, who played the Nos. 4 and 5 positions as freshmen, both broke 80 in a Big Eight triangular at Glen Erin GC in Janesville playing behind veteran Zoey Cruz, who struggled to a 102.