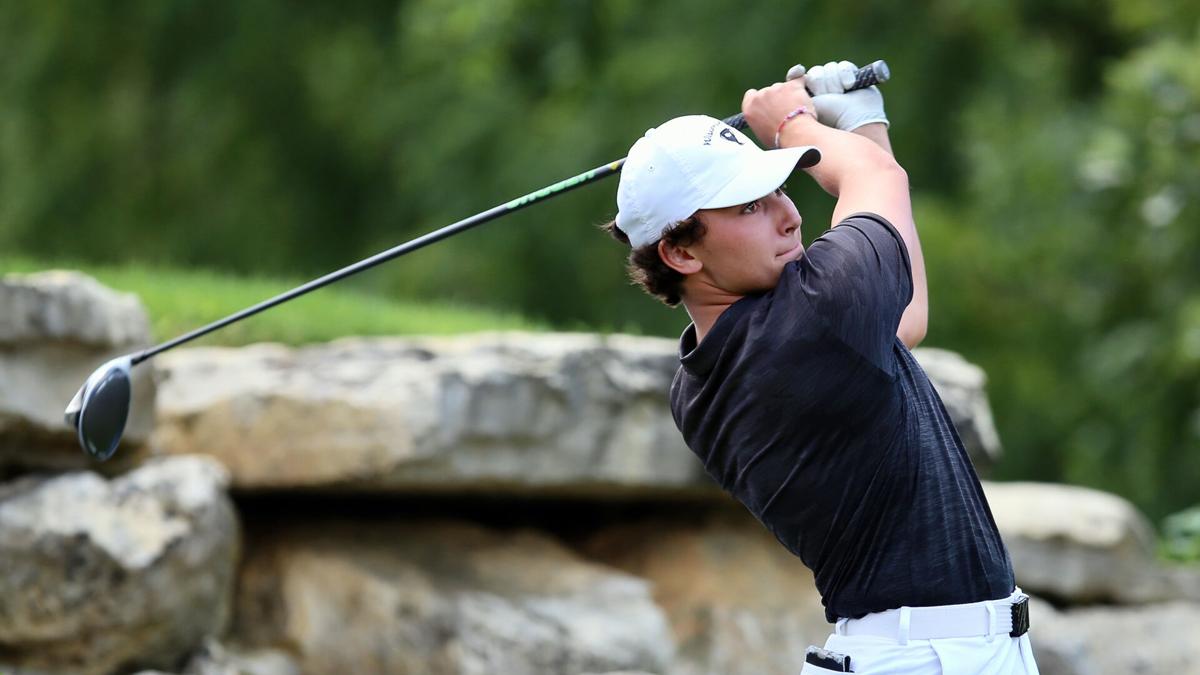 Nicholas Amtmann of Nashotah hits a tee shot at the 2020 Junior Boys Championship played at The Legend at Brandybrook. 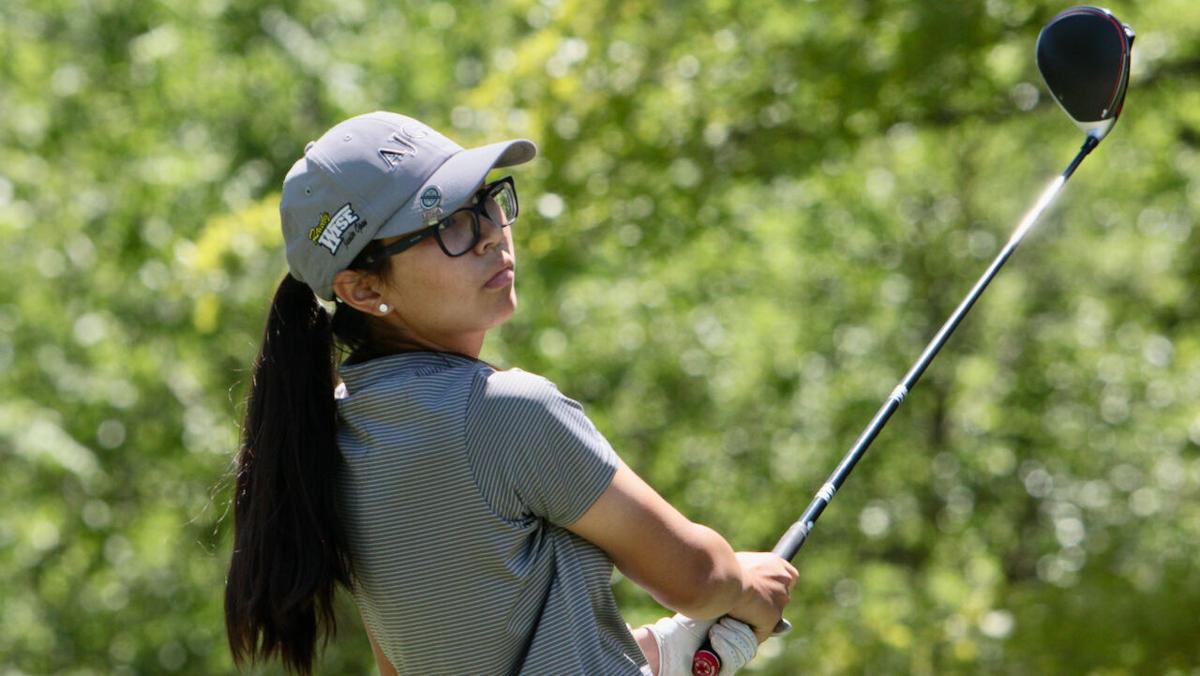 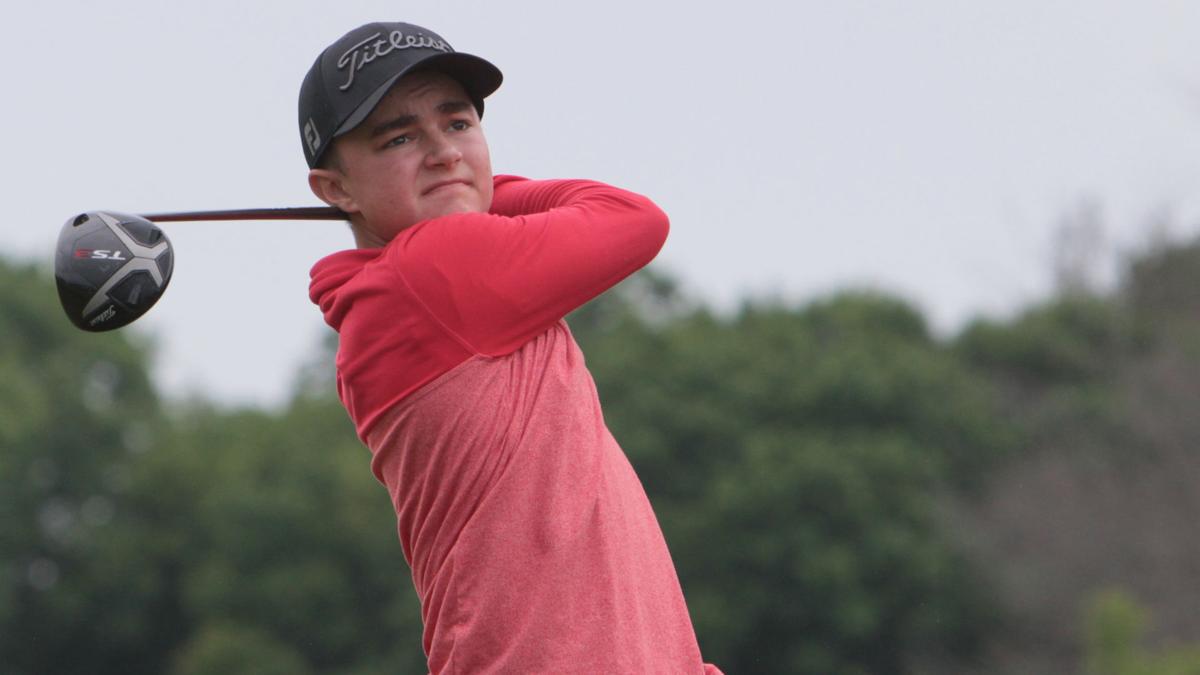 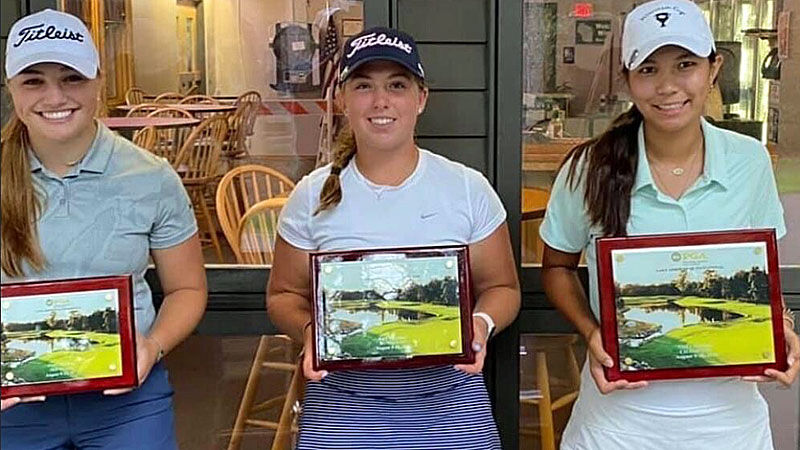 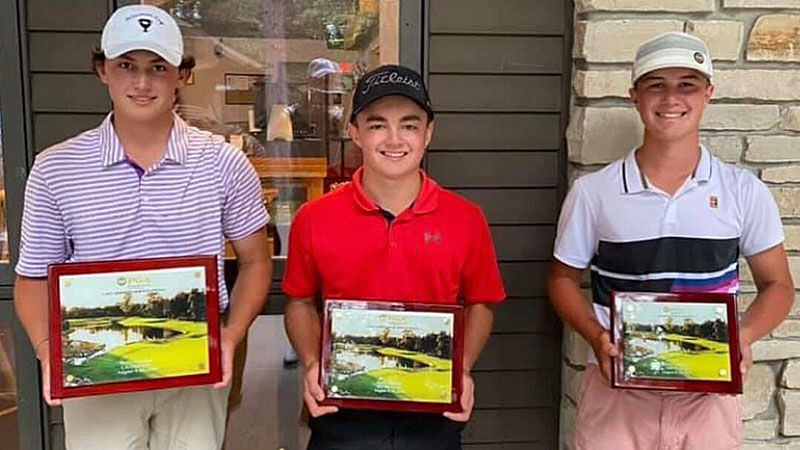 The Lake Arrowhead Invitational was the last major championship on the summer junior golf calendar. With 425 points going to the respective boys and girls winners, here is how the WPGA Junior player-of-the-year standings look with four Junior Tour events remaining.

Nick Amtmann had a legacy to uphold and a lead to protect as he waited for his second-round tee time Monday at the Lake Arrowhead Invitational, so what was a golfer to do with all of those pent-up nerves?

"It was really quiet leading up to my tee time," Amtmann explained in a text message to Wisconsin.Golf at the end of a memorable day that began with a two-hour rain delay, pushing his 8:51 a.m. starting time closer to 11. "So I went for a jog around the driving range to get the nerves out of my system."

And then the rising senior at Hartland Arrowhead went on a victory lap.

Amtmann shot a 2-over-par 74 on the Lakes Course at Lake Arrowhead and — with a 2-under 142 total — held off Muskego's Tyson Sparks (71) and Bryson Mercier (70) of Powers, Mich., by one shot to become the fourth consecutive Arrowhead golfer to win boys honors at the prestigious invitational. He follows Bennett Knapek (2017), Matthew Raab (2018) and Piercen Hunt (2019) in extending the Warhawks' dominance in what might as well be called the Hartland Arrowhead Invitational.

"It's pretty cool to learn composure from my teammates at Arrowhead and get the 'four-peat' " wrote Amtmann, who double-bogeyed the par-5 ninth hole after catching a tough lie in a wet bunker before making back-to-back birdies at Nos. 11 and 12 to help him withstand a bogey-bogey finish. "I knew that I made an unfortunate mistake on (No.) 9, but I stuck to my plan and played the next few holes smart and had birdie putts inside of 10 feet on (Nos.) 10, 11, and 12. After these holes I knew that I just had to play smart."

Sparks, a rising freshman from Muskego, caught his playing partner with a birdie on No. 17, but fell back into a tie with Mercier after bogeying No. 18.

"My friend and competitor Tyson Sparks played incredibly solid (Monday)," Amtmann wrote. "It was almost as if our games were synched. The friendly competition motivated us to play very well."

Jessica Guiser made it an Arrowhead sweep of Lake Arrowhead Invitational titles. The Warhawks freshman-to-be is believed to be the first Arrowhead girl in the event's 32-year history to walk away with the girls championship after she shot 74 and, with a 3-over 147 total, held off two-time defending champion Jo Baranczyk of Green Bay by two shots.

Baranczyk, a rising senior at Bay Port High School who also won this event in 2016, eagled No. 17 and birdied No. 18 to shoot 1-under 35 on her outward nine and take a one-shot lead on Guiser, who bogeyed Nos. 10, 12 and 14 and shot 39 on the back nine. Guiser, playing one group behind Baranczyk, pulled even with the North Dakota State commit with a birdie at No. 2 and took the lead for good after Baranczyk double-bogeyed No. 6 — her second double-bogey of the day, both the result of trouble off the tee and three-putts — moments before Guiser birdied the par-4.

"I normally don’t set a number for myself, but I was really shooting for (a round) under par," Baranczyk wrote. "To catch Jessica, I knew I had to do something special because she is such a talented player. ... My tee shots definitely got me into a lot of trouble (Monday). I just was not able to get up and down from some tough spots. (But) that was the best score I’ve had on the Lakes course so I couldn’t be too mad at a few bad holes."

Guiser's victory earned her 450 points and boosted her past Dousman's Jenna Anderson in the WPGA Junior player-of-the-year standings. Anderson shot 74 and finished third.

With 1,552.50 points, Guiser leads Anderson (1,428.21) with four Junior Tour events remaining before the end of the summer-long competition. Anderson is entered in two of them, but cannot add more than 100 points to her total. Andy Landenberger, director of junior golf for the Wisconsin PGA, said it is unlikely any points will be awarded for WIAA competition this fall, even if there is a season-ending tournament, because many schools have opted out of competing this fall in favor of a hybrid season next spring due to COVID-19.

Instead, her biggest goal was getting ready for her freshman season at Arrowhead, which is scheduled to start Monday with the opening of practice for those schools not delaying their fall seasons to the spring due to COVID-19.

"I think I grew the most in my putting — more specifically, my lag putting," Guiser wrote. "My short putting could use some more (improvement), but my lag putting has improved a lot, which really reduced my three-putts. The win at this tournament definitely gave me confidence going into the high school season, which I can't wait for!"

Mercier, meanwhile, left nothing to chance in the boys player-of-the-year chase with regional rival Ty Kretz of Marinette.

"Even though I did not win, it was still a very successful tournament," Mercier wrote in a text to Wisconsin.Golf, praising Amtmann and Sparks for the "terrific golf" they played. "I look at (Monday's) round as a success because my goal coming into (the day) was to shoot even or better on the round. I did not try to play against anybody, really. I was just trying to play against the course and maybe post a low score."

Note: Sunday's opening round was played on the Pines Course at Lake Arrowhead GC-Nekoosa.