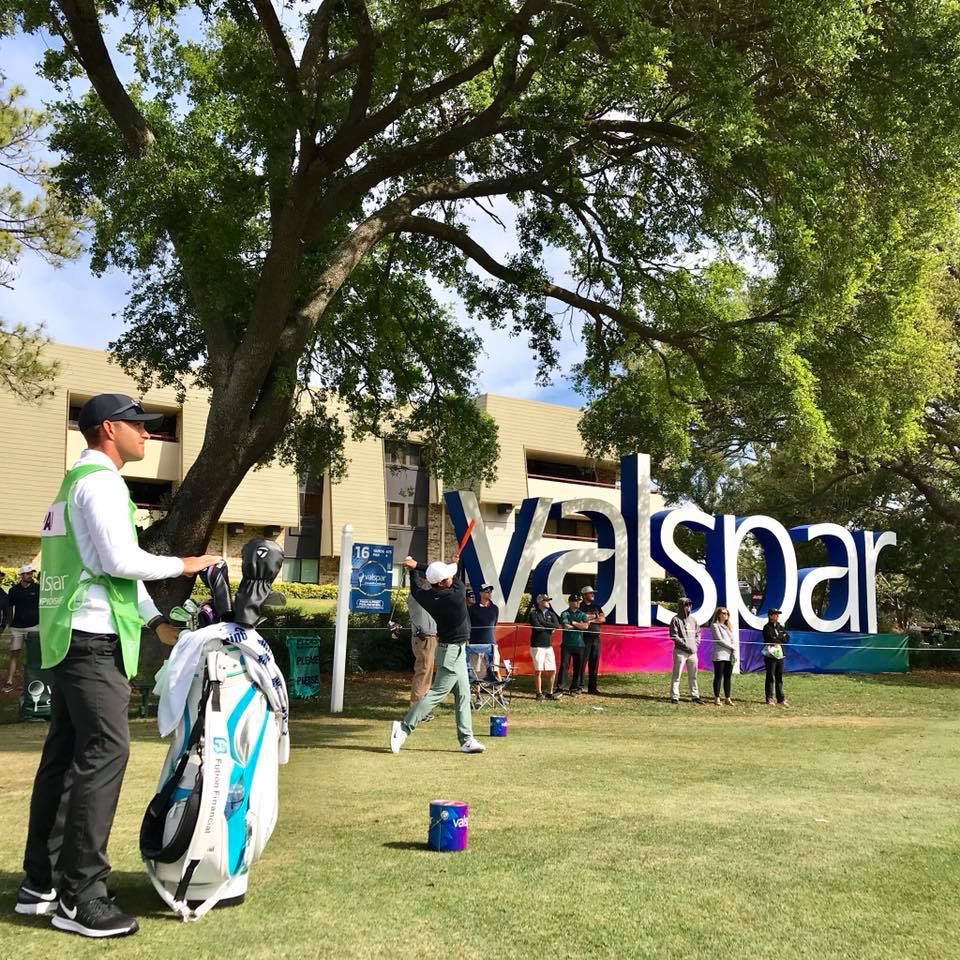 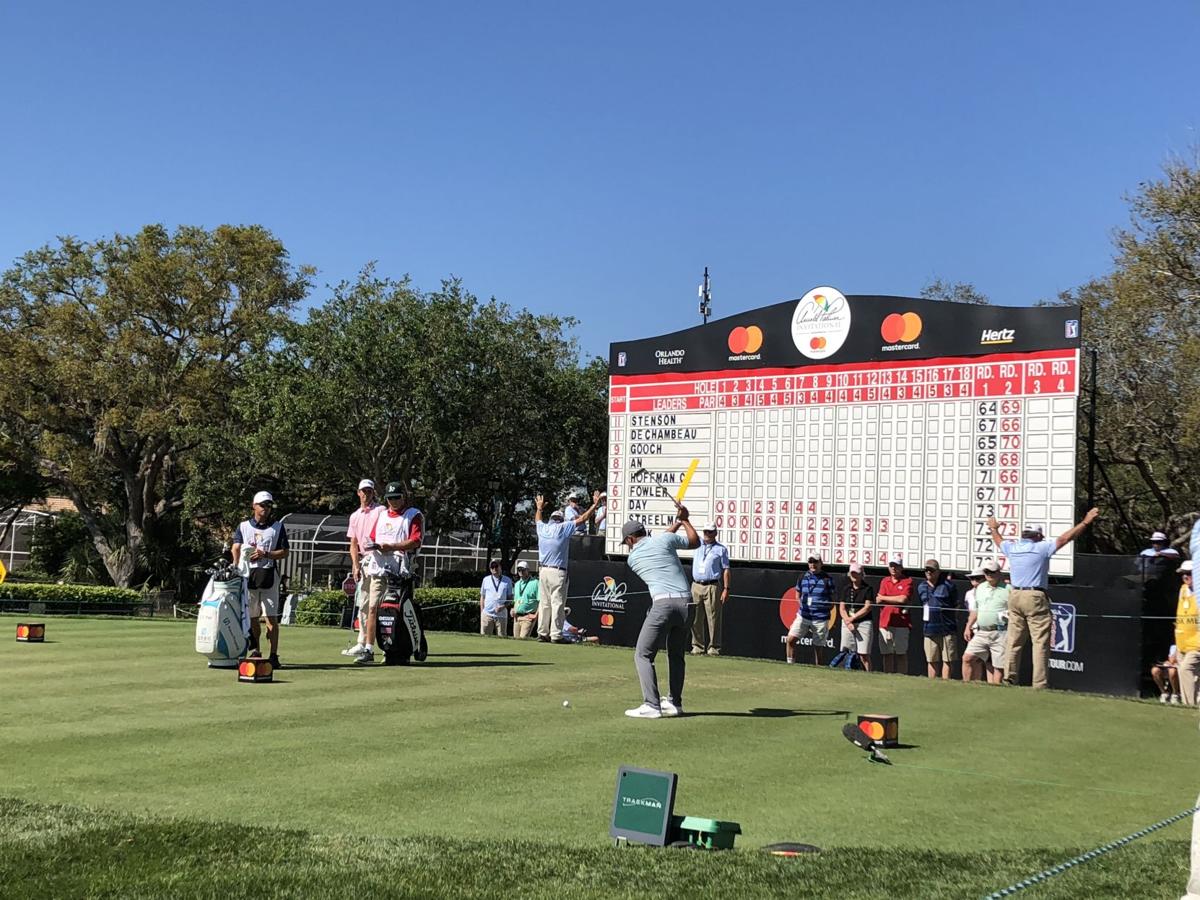 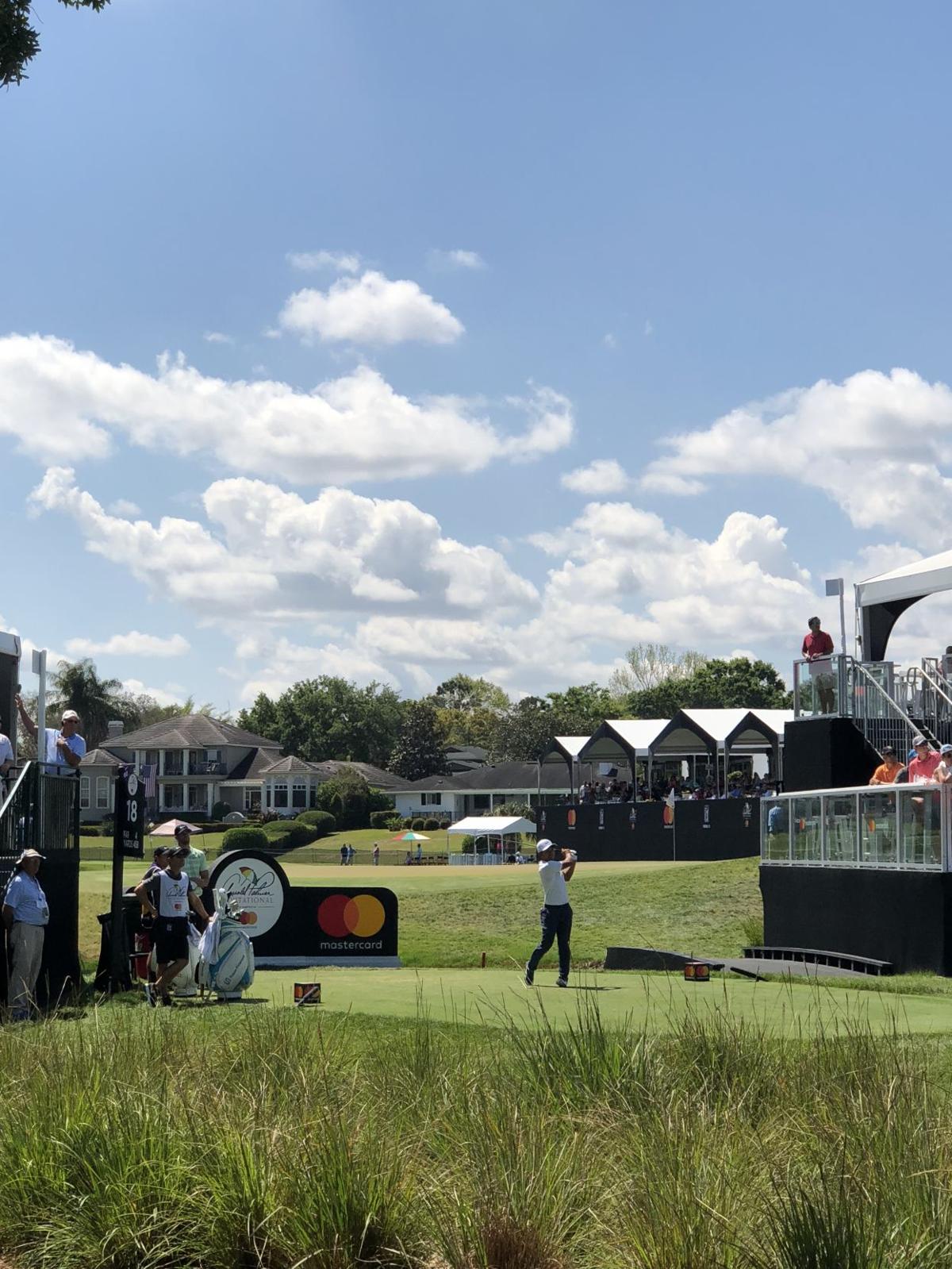 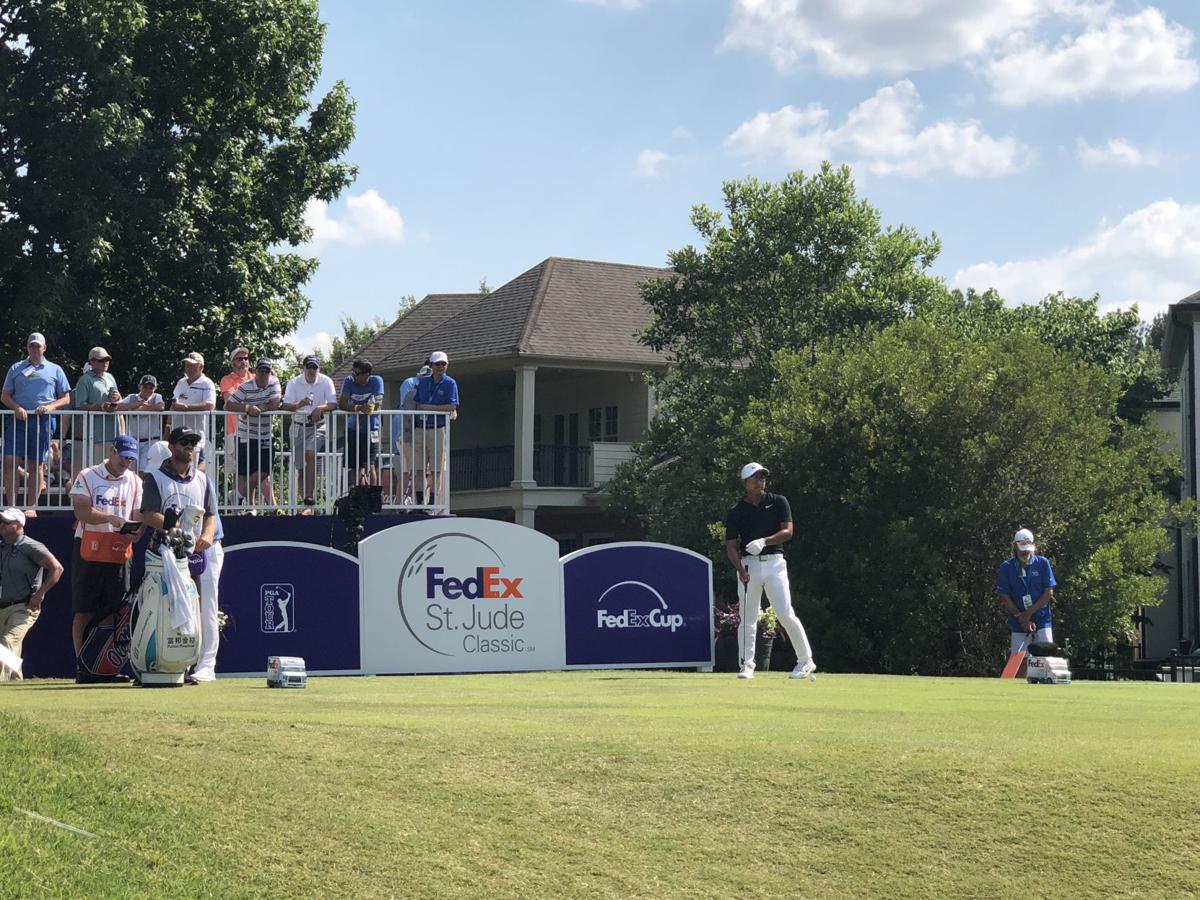 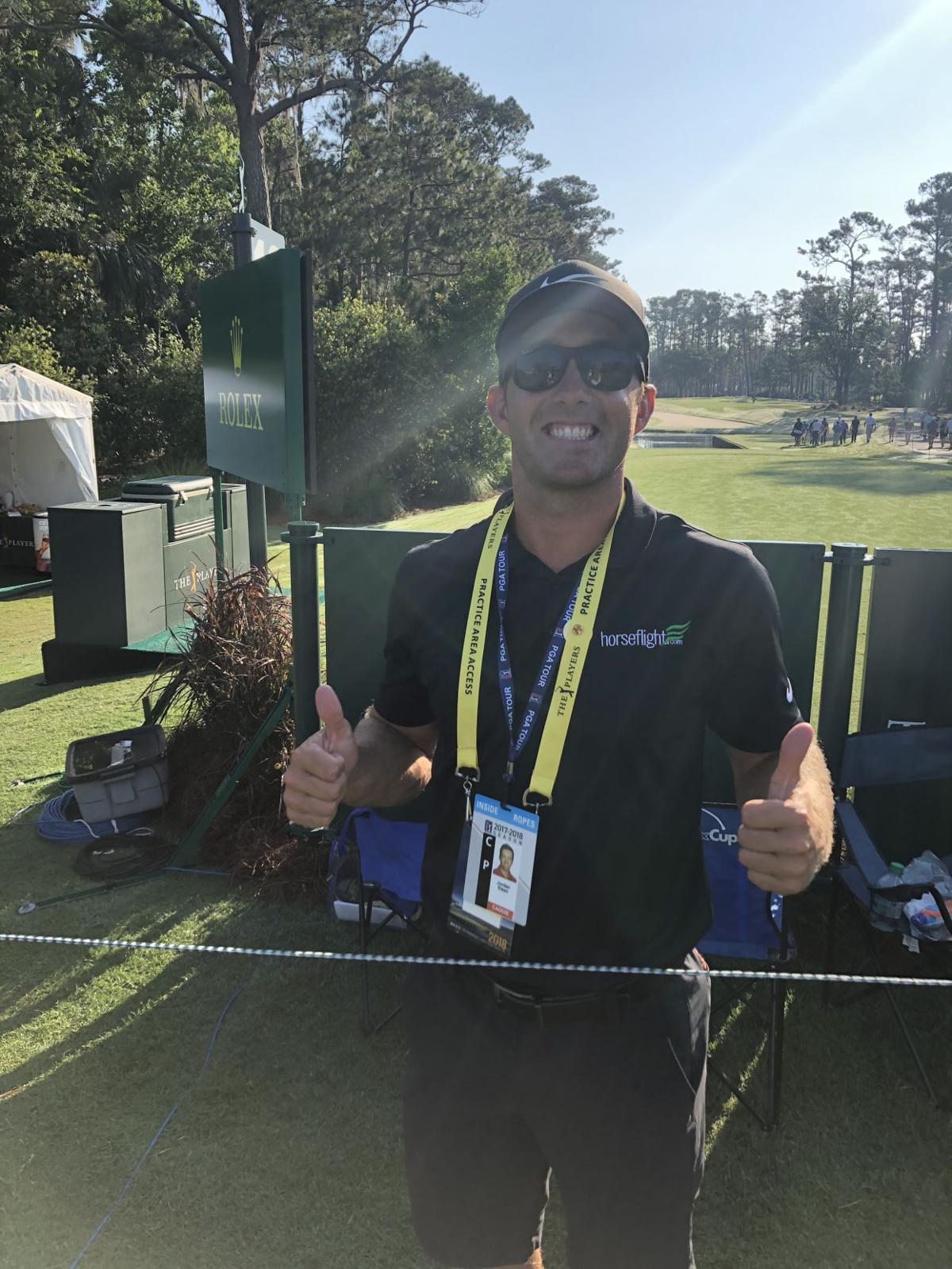 In many respects, Jordan Elsen is living the life he has long imagined, traveling the country, striding up manicured fairways in front of huge crowds at PGA Tour events with shining trophies and lots of money on the line.

It’s everything the Kenosha native has worked for for the last 15 years, except for one significant detail. Elsen, the 2016 Wisconsin State Open champion and before that the Wisconsin State Match Play and State Amateur champion, is pulling clubs for someone else as the caddie for Tour player C.T. Pan.

If it wasn’t exactly the play he drew up for 2018, though, Elsen, 29, is pretty happy with where things are going. The former University of Wisconsin golfer who now makes his home in Jupiter, Florida — one of the epicenters of Florida golf and PGA Tour life — had planned to spend last winter caddying at Seminole Golf Club, the prestigious golf course in Juno Beach, Florida, where he has looped for several years. He had thought that when the season at Seminole ended in May he would devote all his time to his game in hopes of gaining tour status at some level for 2019, much like he had when playing the PGA Tour Latinoamerica in 2016.

And then, in late February, the phone rang. Chris Mullhaupt, Elsen’s former high school classmate who is now the agent for Pan, said Pan was looking for a local caddie for the Honda Classic and wondered if Elsen would be interested. He was.

“For me it was a no-brainer,” said Elsen, who figured it would be great experience even if the job lasted for just one tournament.

“I’d love to do it,” he told Mullhaupt. “I’d get inside the ropes … and it would be great for my own game.”

Toting Pan’s bag at the Honda was not a one-off, as it turned out.

Pan finished tied for 17th and the caddie-player relationship worked well enough that it continues this week at A Military Tribute at The Greenbrier at White Sulphur Springs, West Virginia, and again next week at the John Deere Classic in Silvis, Illinois.

Elsen has now caddied for Pan in a dozen tournaments and already uses “we” in describing how the season is going. The 26-year-old Pan, a native of Chinese Taipei and graduate of the University of Washington, ranks 103 on the FedEx Cup standings and has won official prize money of almost $800,000. He has not yet won on tour but has finished 13th at the RSM Classic, tied for 17th at two other events and again last week at the QuickenLoans National, where he had Mike "Fluff" Cowan on the bag for one week and opened 67-67-68 and was five shots off the lead, but closed with a 72.

Similarly, at the RBC Heritage tournament at Harbour Town Golf Links at Hilton Head, Pan entered Sunday play just two shots out of the lead before losing ground with a final round of 76.

“He’s been in contention a number of times (and) his game is very sharp, very good tee to green,” Elsen said. Pan’s putting was a weakness compared to the rest of his game, he said, but Elsen said he has felt comfortable enough to offer his player some tips on the green that he believes have helped.

“Things are heading in the right direction,” Elsen said. “He’s 26 and he’s got a lot of game.”

If the phone call from his old classmate changed his life in many ways, one thing remains the same. Elsen said he has still not given up his long-term goal of being a player yet, and he still plans to continue to hone his own game in hopes of getting status somewhere next season.

But for now, he is a part of tournament golf at the highest level and that’s a pretty good place to be.

“Now it’s a team effort," Elsen said. "I’m not the one hitting the shot (but) it’s still fun to be in that competitive environment. I’m doing that and getting paid for it, too. If I can continue to work on (my game) I feel I can do both of these jobs” going forward.

Not to mention, carrying one golfer’s bag for 18 holes — even a personalized staff bag the size of a small car — is easier, and can be far more lucrative, than carrying two bags, sometimes for 36 holes a day, at Seminole.

“If he finishes in the top five, you’re going to make as much as you can in a season at Seminole,” he said.

The travel involved is just additional remuneration in Elsen’s view. At Tour stops he makes sure to include a little tourist time after his golf duties. At the Memphis tournament, he and his girlfriend took in Elvis Presley’s home at Graceland; in San Antonio, he sought out the Alamo for a bit of history.

“I have a bit of a travel bug,” he admitted. “I think one of the reasons for getting into competitive golf is to see the world. At this point in my life, I certainly enjoy the travel.”

And he enjoys Tour life, even if from a perspective he had not considered. He believes his growth as a caddie can only help him adjust to the Tour environment and he still hopes that one day he will be the one making the swing, not watching it from a few feet away.

“I haven’t completely given up the dream of being a player yet,” he said.