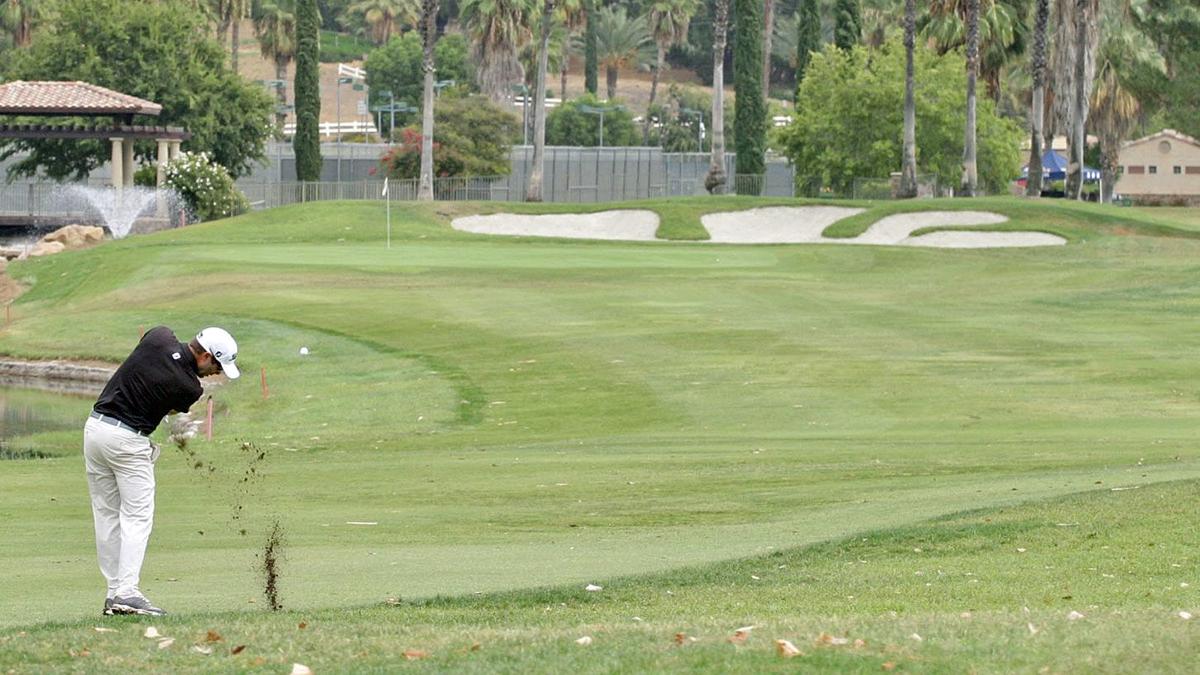 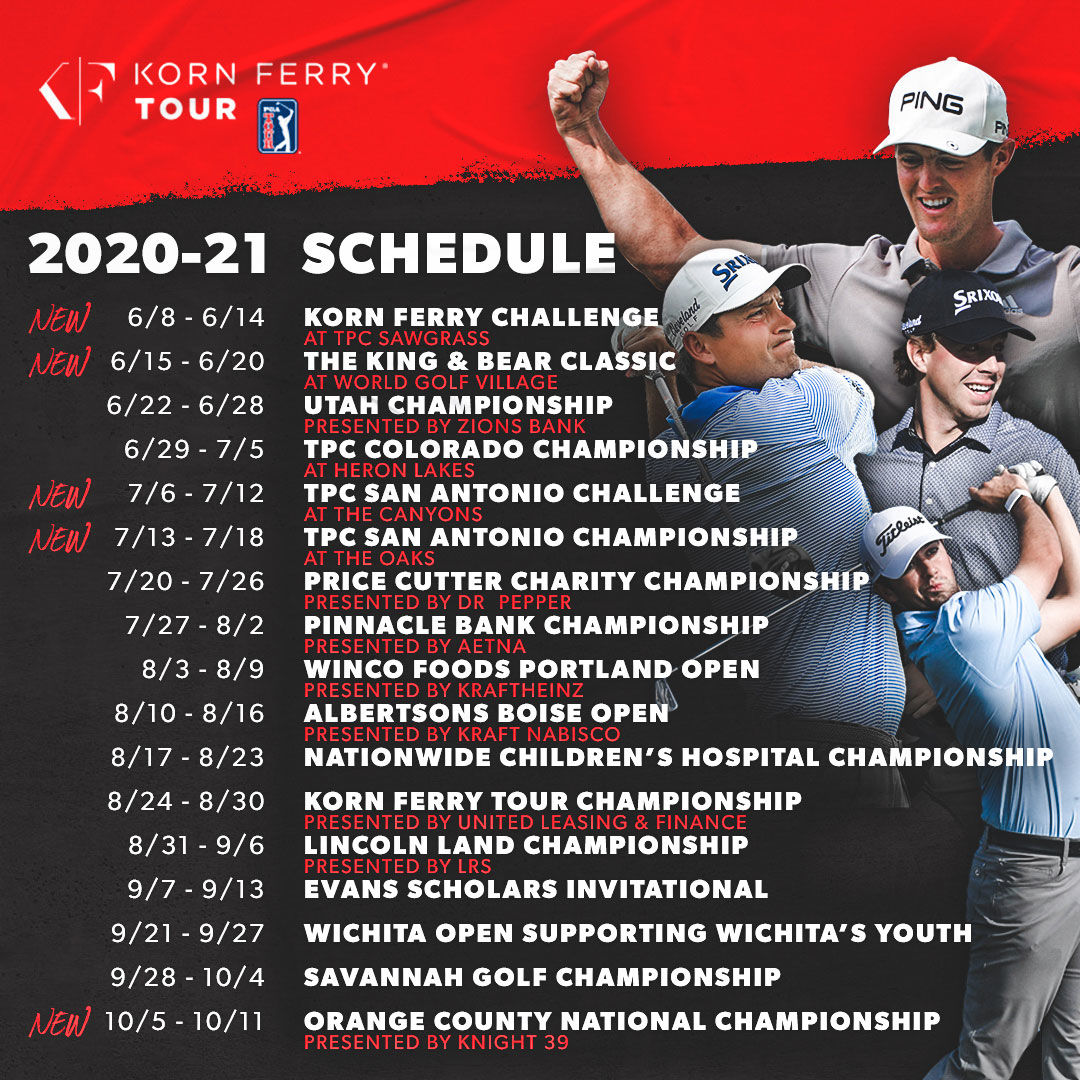 Graduation is canceled on the Korn Ferry Tour for 2020 and its annual Qualifying School shelved as the PGA Tour's top developmental tour announced Monday plans to add five events, reschedule others postponed earlier in the year and create a two-year season that could top 50 events.

That could come as good news to Dan Woltman and Jordan Niebrugge, the two fully exempt Wisconsin golfers on the Korn Ferry Tour. They were ranked 151st and 169th, respectively, on its point standings through the El Bosque Mexico Championship, the last of six events played before the COVID-19 pandemic suspended the season indefinitely during early March.

By virtue of their finishes at the 2019 Korn Ferry Q-School, Woltman and Niebrugge were guaranteed at least eight starts in 2020 before the first re-shuffle of the priority ranking to establish the field each week. The Korn Ferry Tour revealed Monday a revised schedule that is set to begin June 8 with the Korn Ferry Challenge at TPC Sawgrass, one of five new events among the 17 that cover 18 weeks between the opener and the final event in mid-October.

The top 25 golfers on that list at the end of the regular season were to have graduated to the PGA Tour while Nos. 26 through 75 would join Nos. 126 through 200 from the PGA Tour's FedEx Cup standings for the Korn Ferry Tour Finals, a three-tournament race that would have awarded 25 more PGA Tour exemptions for the 2021 season. Instead, the PGA Tour announced last week that it is creating performance benefits for the top-10 finishers on the Korn Ferry Tour points list, but has yet to explain to how that impacts eligibility status for golfers such as Woltman and Niebrugge over the next 18 months.

Woltman also hasn't been told what the PGA Tour plans to do with its other developmental tours during 2020 and how that might impact exempt status during the 2021 portion of the extended Korn Ferry Tour season. Typically, top finishes on the Mackenzie Tour/PGA Tour-Canada, the PGA Latinoamerica and the PGA Tour China Series are eligible for spots on the Korn Ferry Tour.

Monday's announcement prompted Woltman to make airline and hotel reservations for the two Florida events next month. The Beaver Dam native and former University of Wisconsin golfer hopes more will follow, given that his greatest success in recent years has come during the summer months.

"That's the one major thing that a lot of the guys I've talked to have been wondering," Woltman said. "What's going to happen? With all of these guys having PGA Tour status now (and) they're going to have it all of next year as well, how many of those guys are going to come back and take so many of the spots in the Korn Ferry fields? A lot of the Korn Ferry members who in a normal year might be getting starts, they may not be getting starts because some of the PGA Tour guys who are not getting into (PGA Tour) fields are coming down and playing. ... It's nice I don't have to go to Q-School this fall. Thankfully, I played well enough last fall that I'm a member so I'm a member for this year and next year. It's a long season. Getting off to the slow start that I did this year, I know that I have a lot of events to make up for that."

His two guaranteed starts will be among the first four back that will be played without fans, according to a news release. It said the Korn Ferry Tour will        "(continue) to monitor the COVID-19 situation and follow the recommendations of local and state authorities" to determine whether the spectator restriction could be lifted in certain markets and, if so, would be "dependent on available protocols" to ensure health and safety.

The end of the season, meanwhile, includes three events important to golfers in Woltman's position.

"I'm not really focused on any of that," said Woltman, who has been playing and practicing at University Ridge Golf Course in Madison. "I am just focused on getting my golf game in shape. As of now, we are scheduled to pick back up the second week of June. I know that I'll for sure have those first two starts. If I play well there, I'll be fine for sure the rest of the way."

After the Nationwide Tour Championship, a five-tournament fall series will bridge the gap between the end of what would have been the 2020 schedule and the start of the 2021 season. That includes two rescheduled events in Illinois — the Lincoln Land Championship in Springfield (Sept. 3-6) and the Evans Scholars Invitational (Sept. 10-13), which is being moved from its traditional home at the Glen Club near Chicago to an undetermined location.

The 23 totals events during 2020 will be combined with events on the 2021 portion of the Korn Ferry Tour combined schedule, with 25 PGA Tour cards being awarded after the regular-season finale at the 2021 WinCo Foods Portland Open and another 25 after the 2021 Korn Ferry Tour finals. The 2020 Korn Ferry Tour schedule featured 28 events before a series of cancellations and postponements forced officials to scramble to revise the schedule.

“While we won’t have the opportunity to graduate a Korn Ferry Tour Class in 2020, we feel our reimagined wraparound schedule — with newly created playing opportunities — is the best solution to our season that has been disrupted by the COVID-19 crisis,” Korn Ferry Tour president Alex Baldwin said in a statement. “We greatly appreciate the support of our tournaments, title sponsors and Player Advisory Council in getting to this point. As we’ve said on several occasions, we will resume play only when it is deemed safe to do so by leading health authorities and government agencies and our tournaments do not negatively impact the critical efforts in the healthcare world and our communities.”