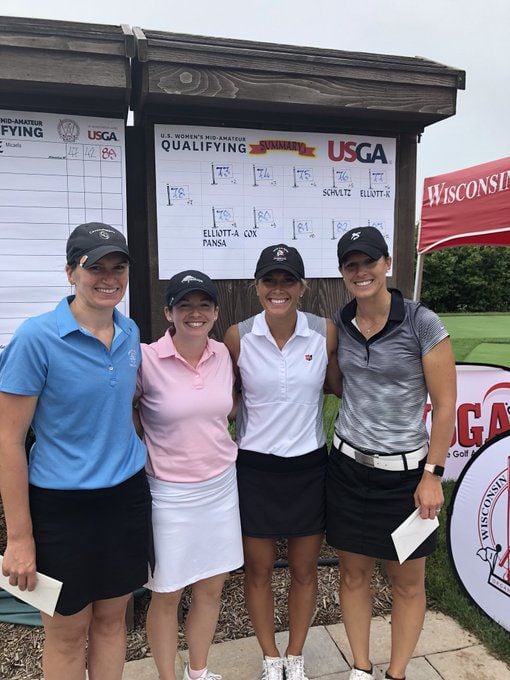 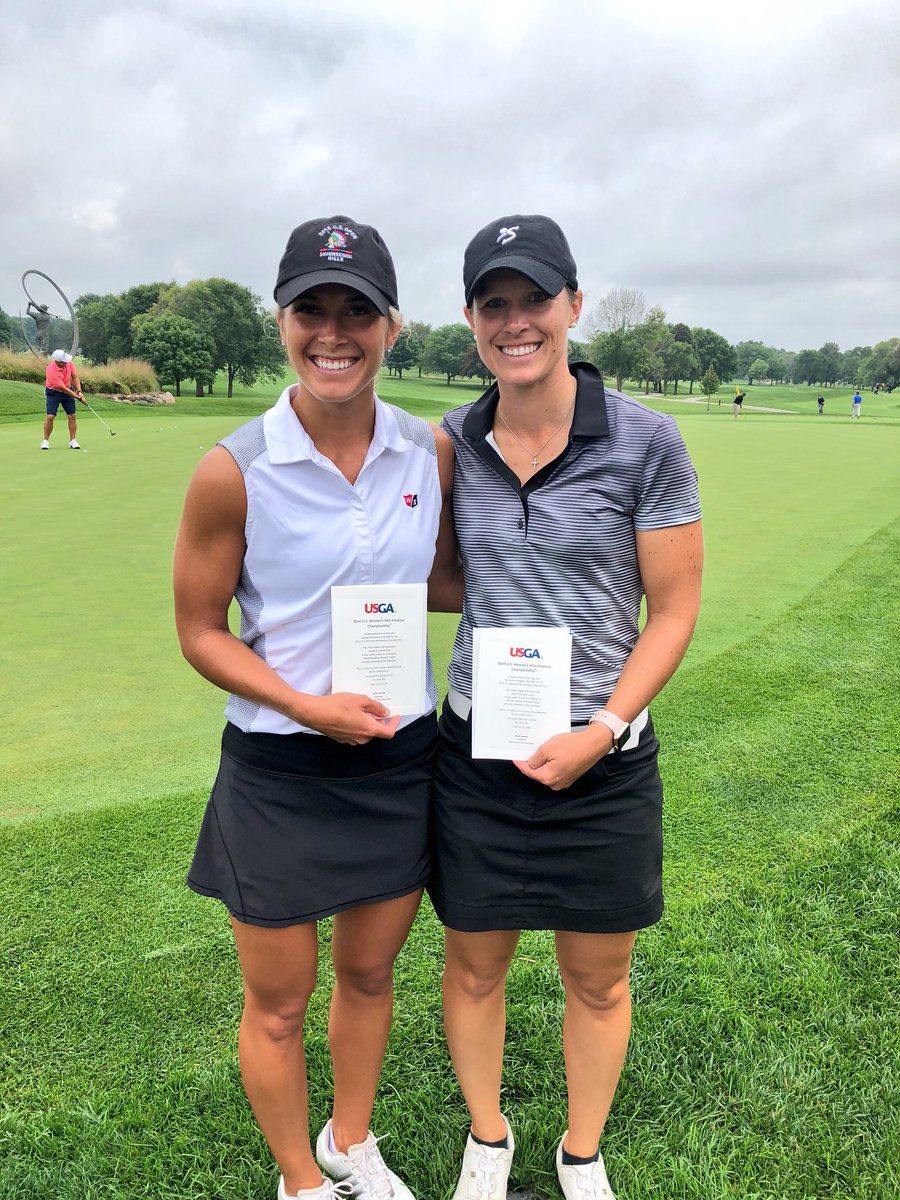 Allison Schultz isn't officially a member of the Madison's golfing Elliott family, but Friday in Brookfield she joined two Elliotts in the sisterhood of 20-somethings from Nakoma GC who showed they still have a lot of game.

"Post-college golf has certainly been a transition for me," Schultz, 27, an Ohio native who is an account manager at M3 Insurance in Madison, wrote in a text message to Wisconsin.Golf. " I am lucky to fit three to four tournaments into my summer schedule between work and other commitments. But I still try and maintain a daily practice routine for about a week leading up to events."

The Elliotts are just getting back into that routine.

In fact, when Katie Elliott won the Madison Women's City Tournament last month, it was her first competitive tournament since graduating UW in 2008. Elliott currently serves as tournament manager for the American Family Insurance Championship, the Madison stop on the PGA Tour Champions.

"It was a confidence boost just to know I could still go out and put up solid numbers," Katie Elliott, who shot 74-72 and won the 36-hole event by 12 shots, wrote in a text to Wisconsin.Golf. "I was certainly nervous but there were a lot of positives and a few things to work on I took from the event."

Her sister didn't even have that much of a head start. Friday was her first competitive event since using up her Badgers eligibility in 2014.

"Being my first competitive tournament since college I had no idea what to expect; I came quick to realize how much I miss playing competitively!" wrote Elliott, who struggled with her putting much of the day, but bounced back from back-to-back double-bogeys at Nos. 5 and 6 by playing her final five holes in 1-under thanks to back-to-back birdies at Nos. 15 and 16 — crediting caddie Scott McConnell, saying "I finally started listening to his reads."

Westmoor gave three three Madison golfers all they could handle.

Schultz went bogey-birdie-bogey on Nos. 2 through 4 and then parred her way to No. 9 where she birdied the second of back-to-back par-5s to end the front nine. But she opened the back nine with four straight bogeys and was starting to feel her grip on second straight U.S. Mid-Amateur berth starting to slip away.

"Westmoor is always a challenge," wrote Schultz, who qualified for match play in her Mid-Am debut a year ago before falling in the first round. "This is my third tournament out there and it still manages to test my patience at times. ... I birdied No. 9 to make the turn at even, which was a huge success for me, but then I hit a bump in the road when I made (those) four bogeys in a row. Before I let things get away from me, I birdied the tough 14th hole. That was the momentum shift I needed to get into the clubhouse."

Katie Elliott got into the clubhouse and immediately checked to see where she had finished in relation to her sister.

"Alyssa finished first; she was in the 7:50 group and I played at 8:10," Katie said. "I saw her score in the 70s as I walked by to scoring and asked them how many spots there were. I thought there were four but wanted to confirm. Once I heard them say four I knew she and I were both in!!"

Which means both Elliotts are in for a little practice between now and Sept. 21. That's when they will join a field of 132 golfers playing 36 holes in a stroke-play format for 64 berths in the match-play portion of the event, which runs through Sept. 27.

"I believe this is the first USGA event I’ve qualified for, so I really want to enjoy the experience," Katie Elliott wrote. "It was a goal for Al and I to make it there and qualifying through together (Friday) was step one. I’ll do my best to get out a few times the next couple weeks. Dial in the driver and work on the greens. I will go down there with a goal of making it through to match play and then anything can happen. I know one thing, Al and I will be cheering each other on every step of the way."

Alyssa Elliott said: "(I'm) beyond excited that we made it, (Katie) keeps me competitive and motivated. And in line with practice (remember she was my coach once) If only one of us would have qualified the other would probably be on the bag for September. ... I’d be lying if I said I just want to go and have fun — I do — but who doesn’t play to win?"