If you are Casey Danielson, the only thing better than winning golf tournaments on the Symetra Tour is winning friends. She did both Sunday in Davidson, N.C.

The Osceola native broke through and won for the first time in her four years on the LPGA's developmental tour, birdieing three of her final five holes to force a playoff with Fatima Fernandez Cano before winning with a birdie on No. 18 on the second extra hole. Danielson shot her second consecutive 69 to finish at 6-under 210, catch Fernandez Cano (73) and ultimately walk away with the $26,250 winner's check, the largest of her professional career.

“It’s never good to lose, but if I am going to lose in a playoff, might as well do it to a friend,” Fernandez Cano told reporters afterward. “I am proud of Casey; she played really well (Sunday). I don’t know if the course was harder today or if I just played poorly, but she had a really good score. On a day like (Sunday), 3-under is really impressive."

Danielson, who turns 26 later this month, started the day five shots behind second-round leader Allison Emery and four shots behind Fernandez Cano and gained two shots on Emery and one on Fernandez Cano with a 1-under 35 on the front nine. Playing one group ahead of the leaders, Danielson was still two strokes behind Emery after a bogey at No. 13 kept her even-par for the day.

The complexion of the tournament, however, changed on 14th hole.

Danielson birdied the 167-yard, par-3 hole moments before Emery made bogey to pull even with the overnight leader. However, Fernandez Cano — despite bogeying three of her first four holes to start the back nine — was still one stroke ahead of Danielson and Emery.

A birdie at par-4, 15th hole helped Danielson catch Fernandez Cano, who then pulled one shot ahead with a birdie on the par-3 17th hole. However, Danielson knocked in a short birdie putt on No. 18 to move back into a share of the lead. 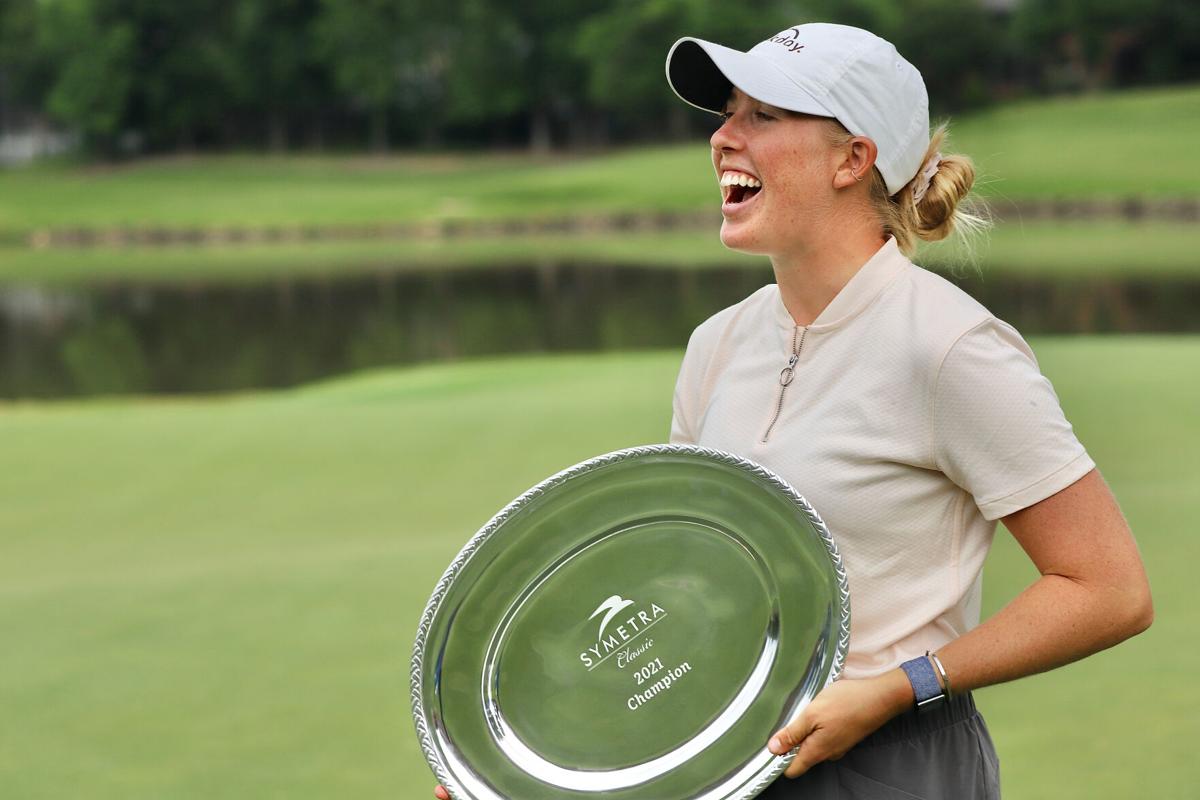 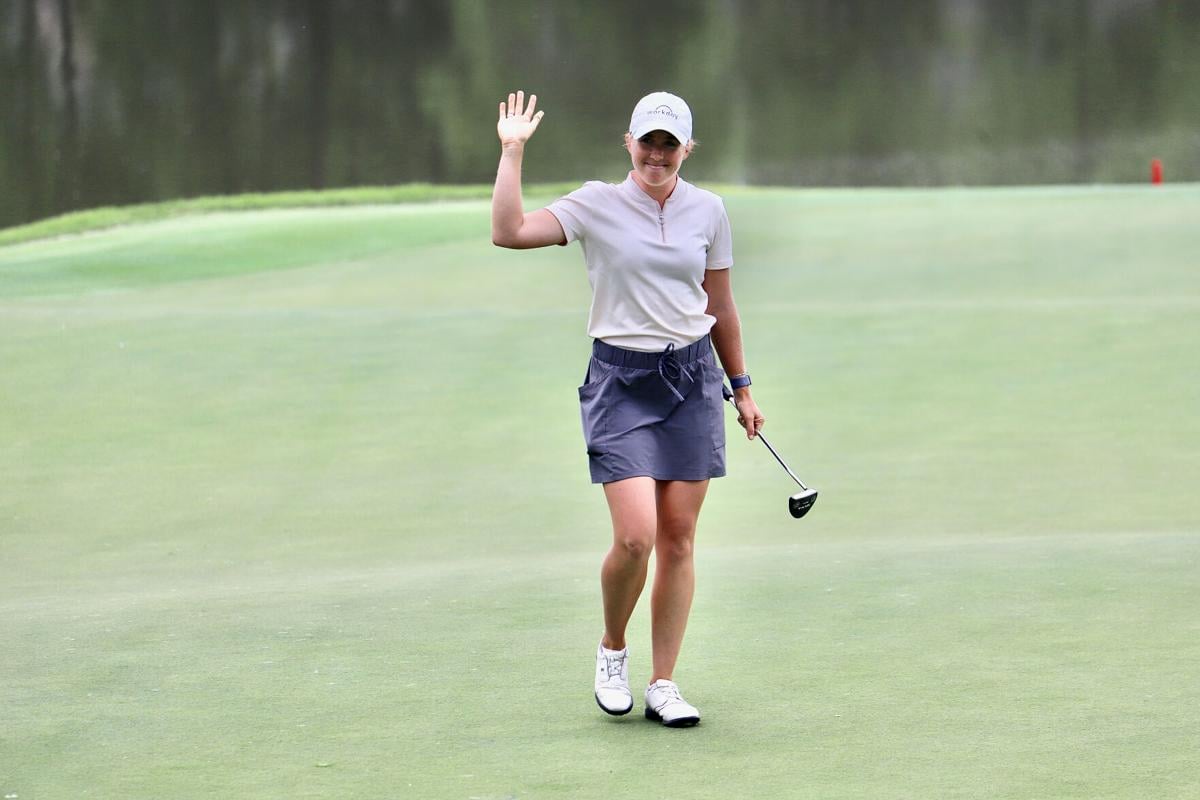 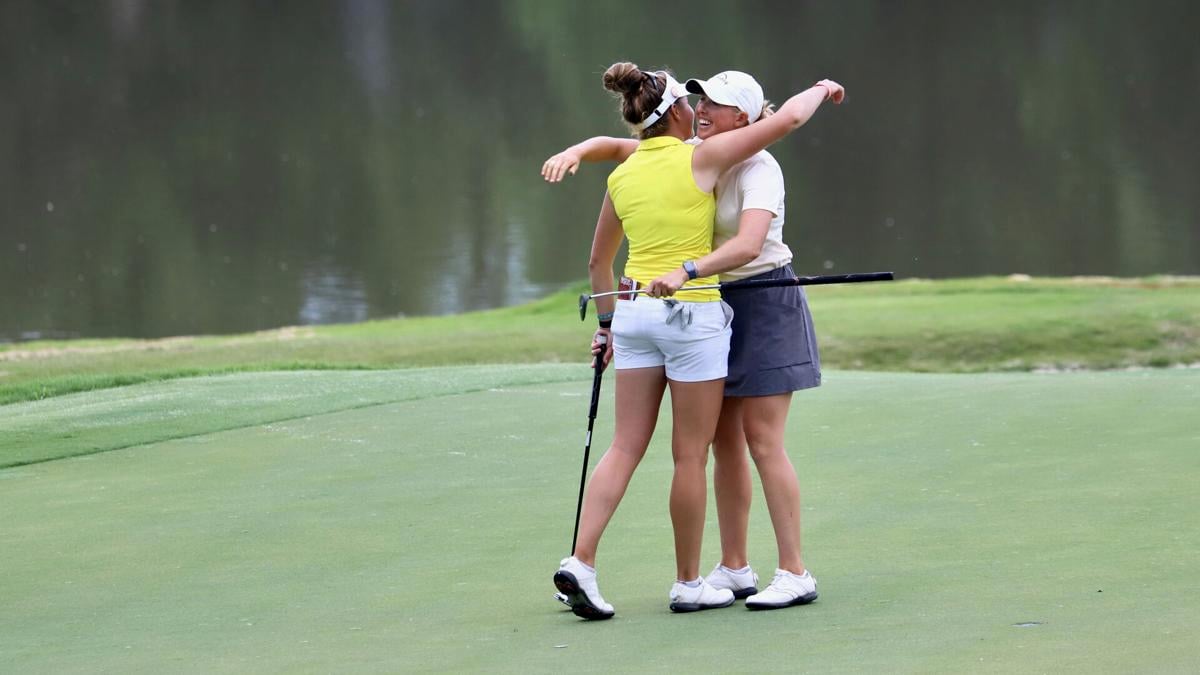 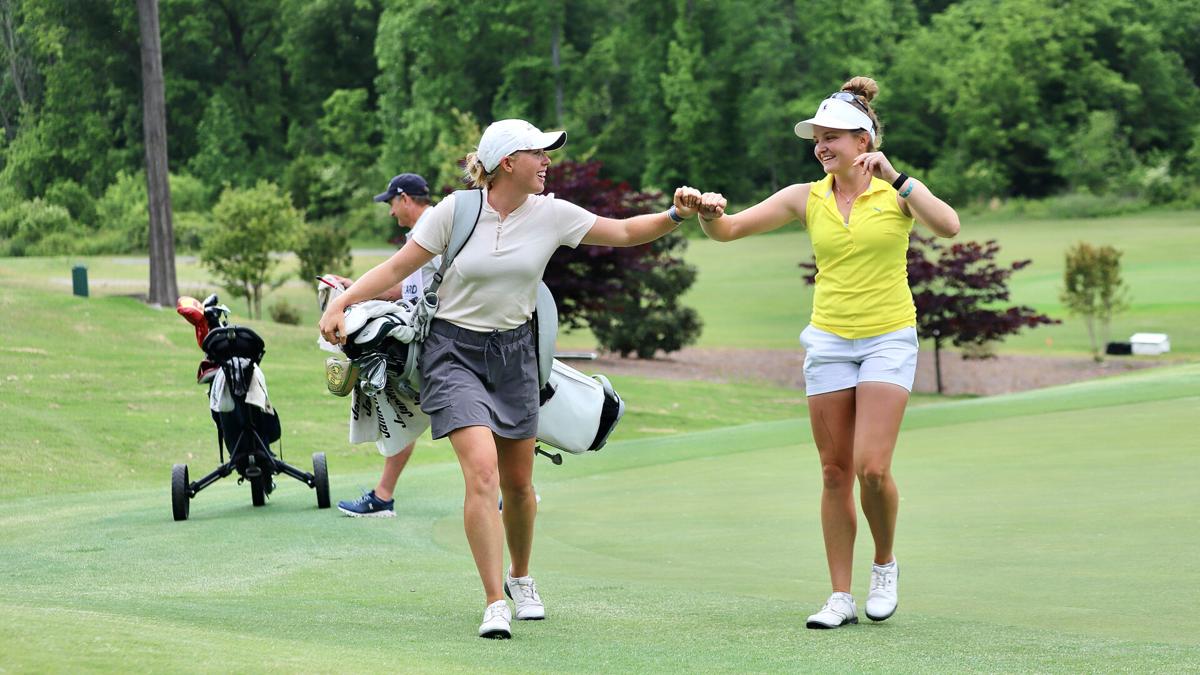 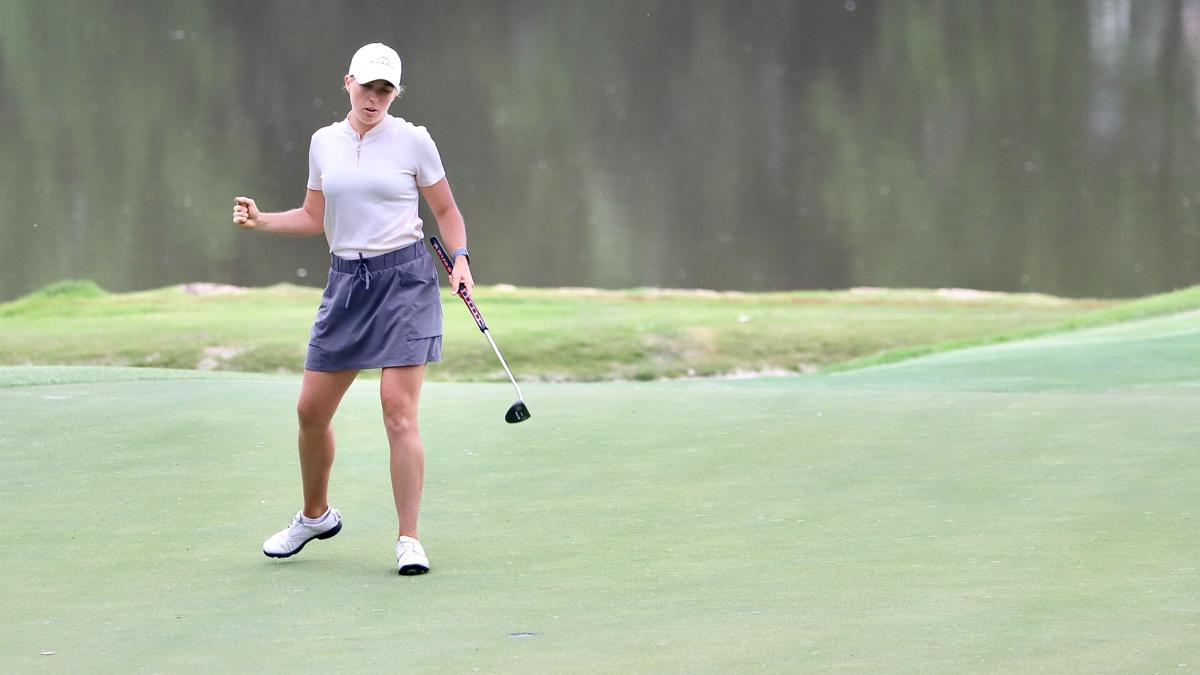 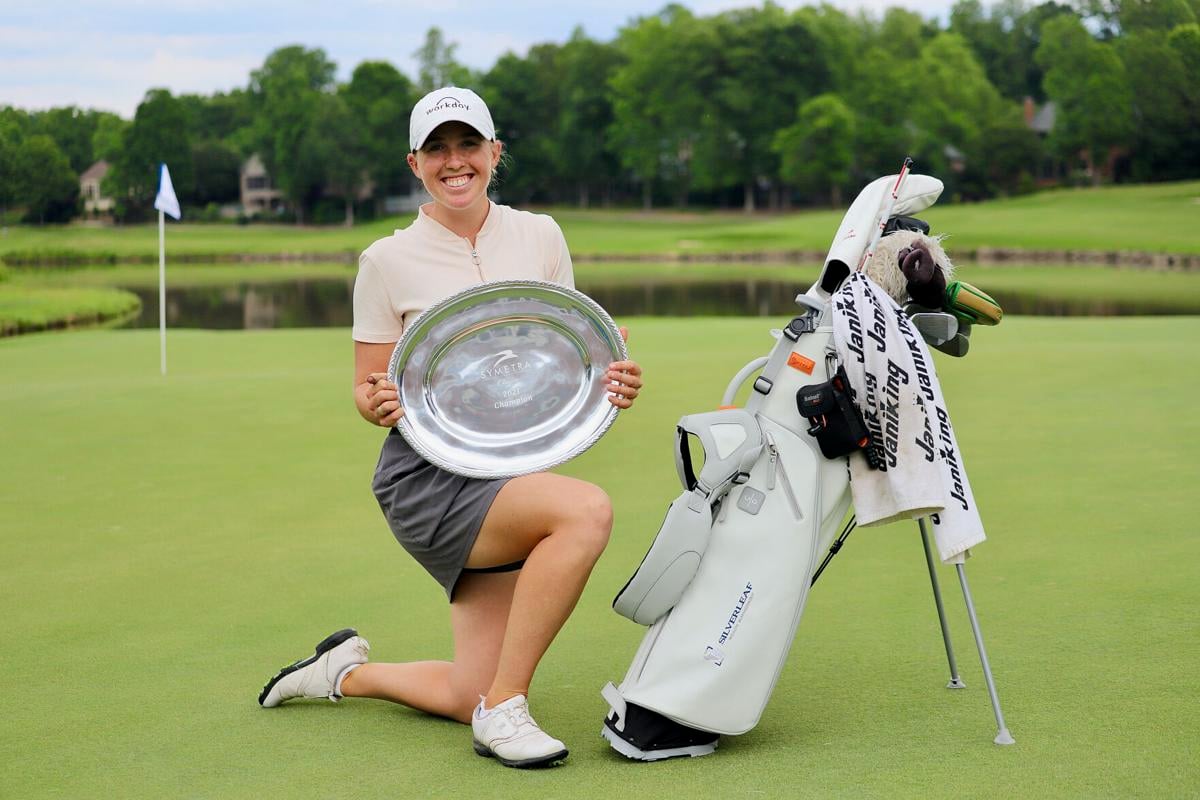 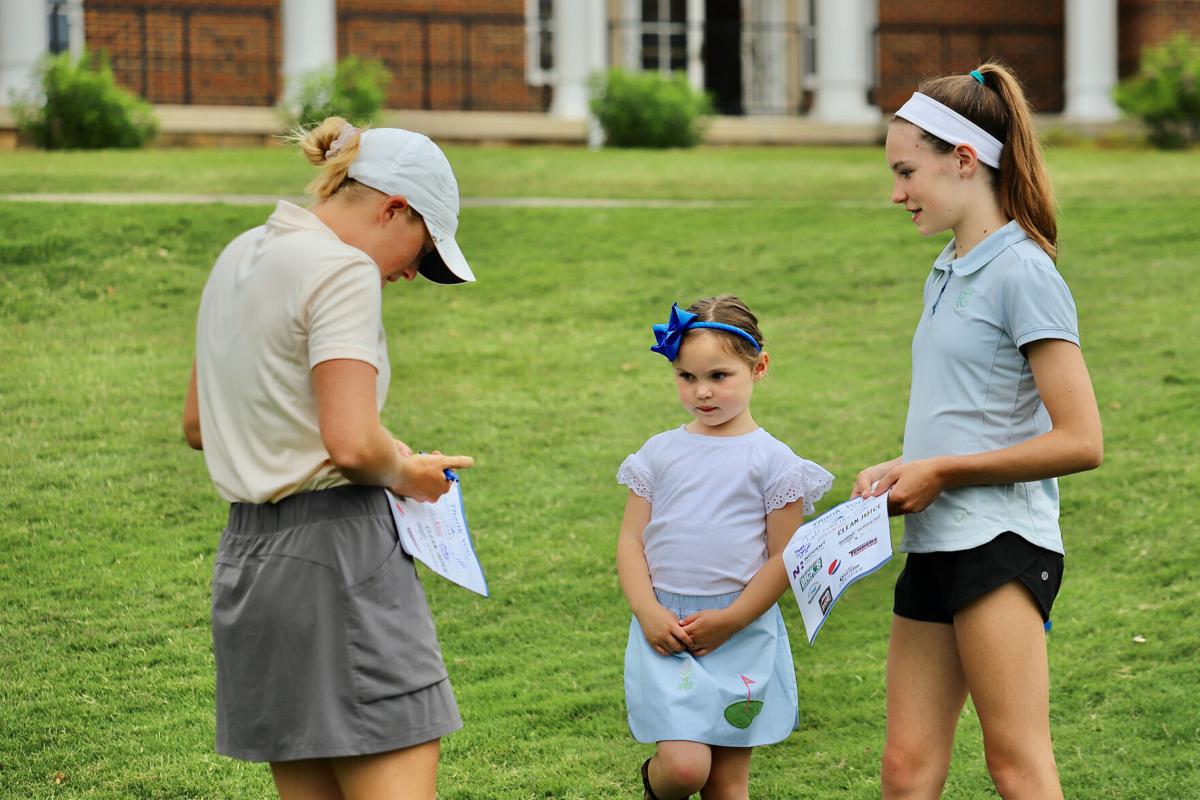 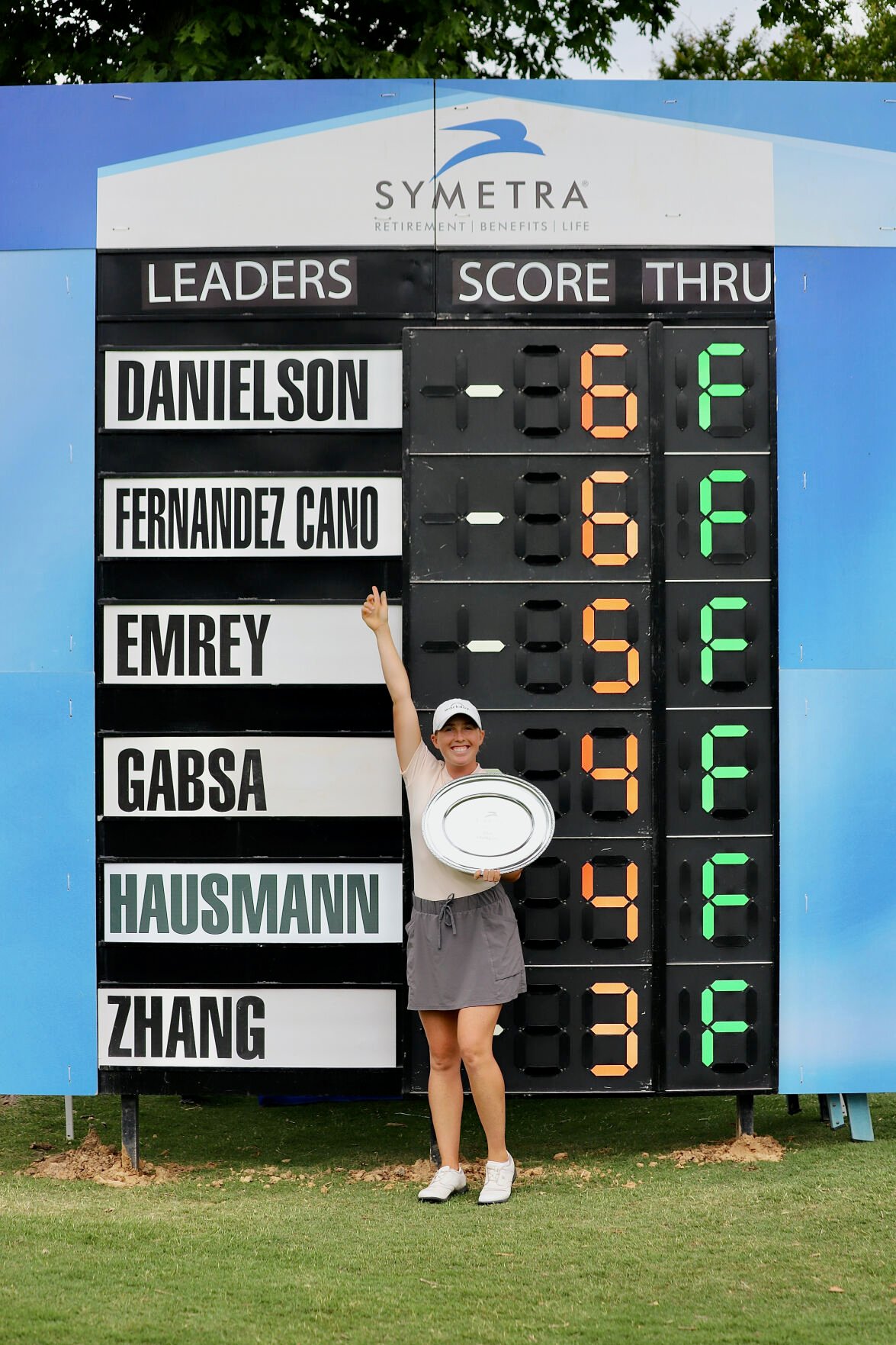 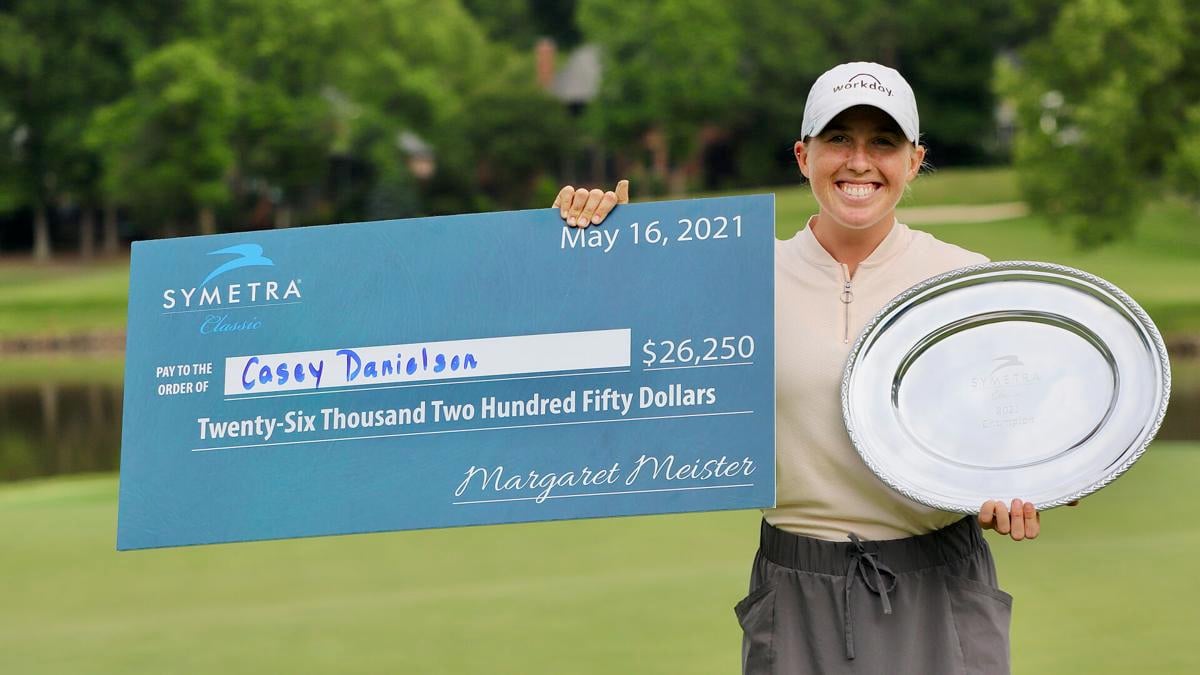 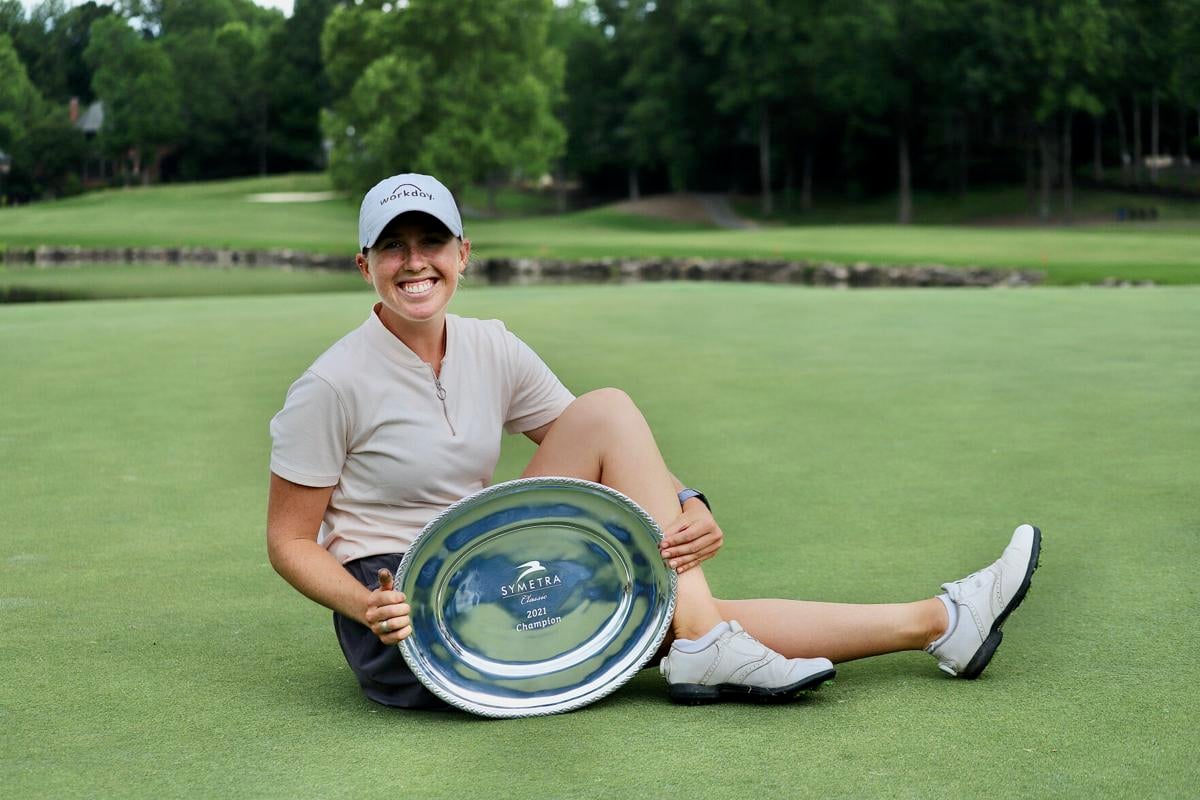 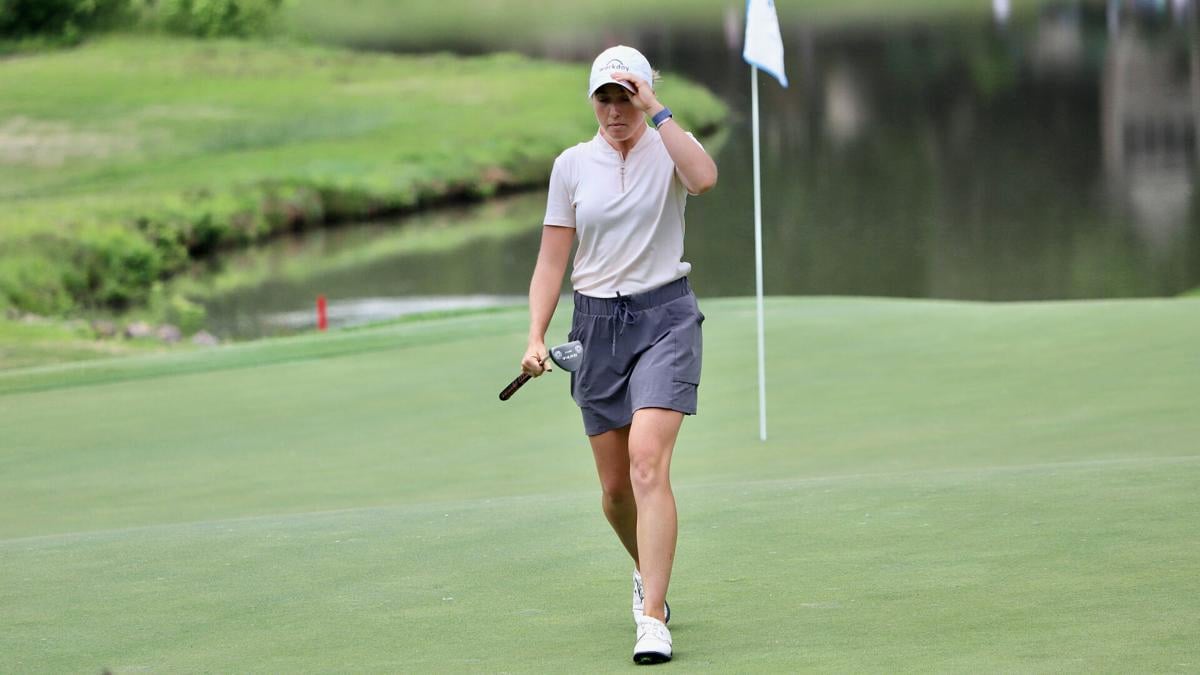 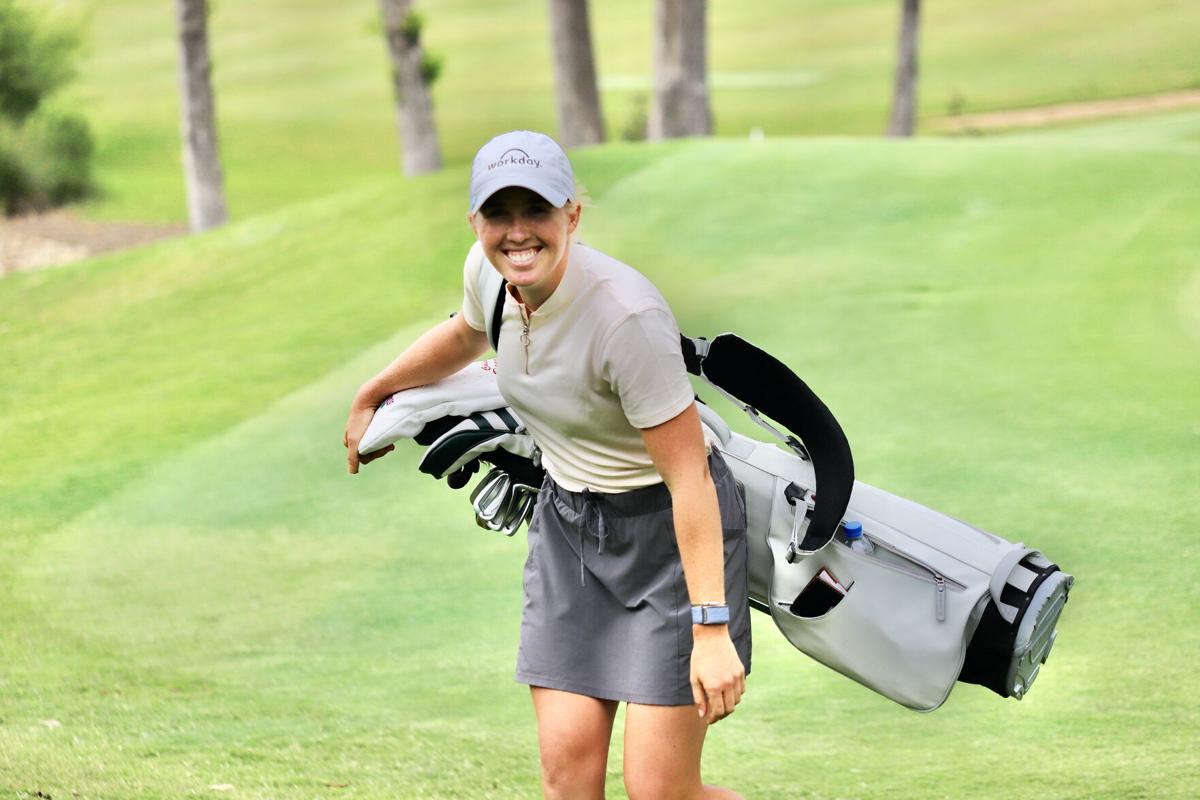 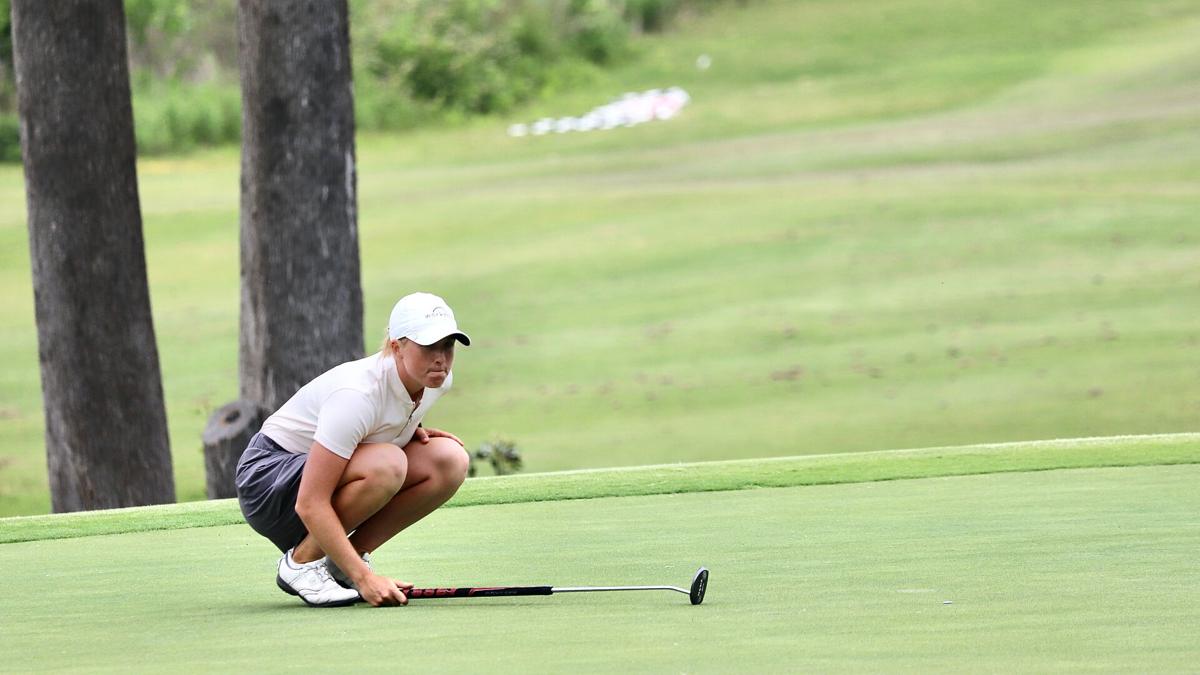 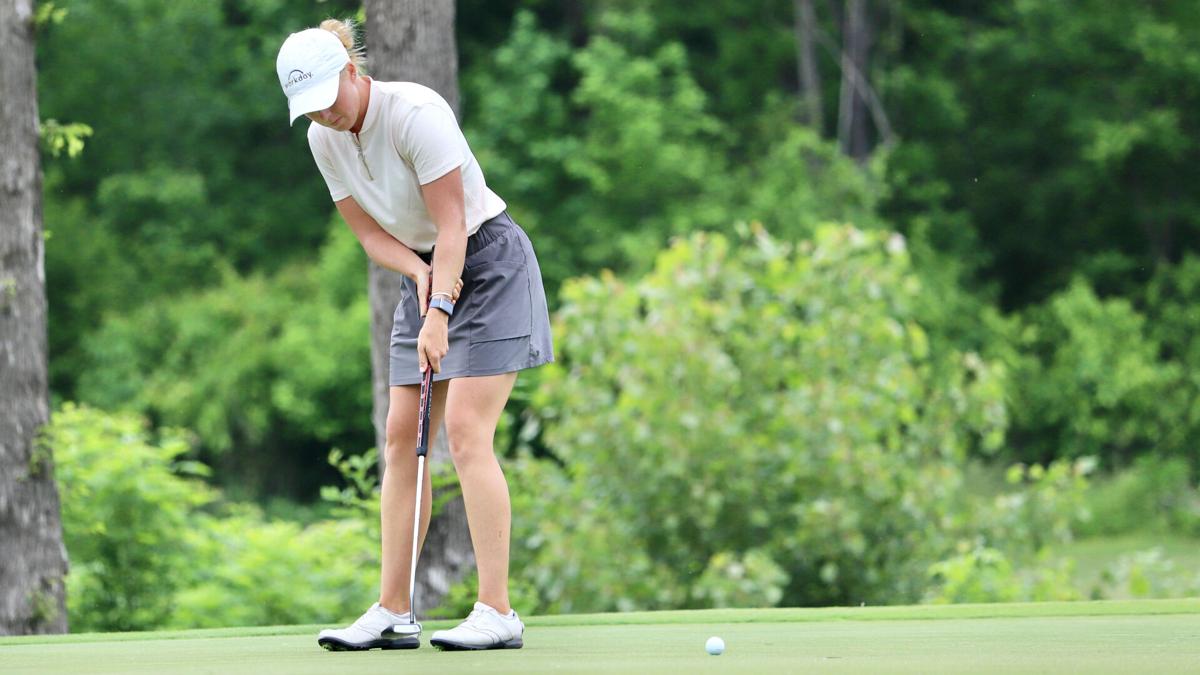 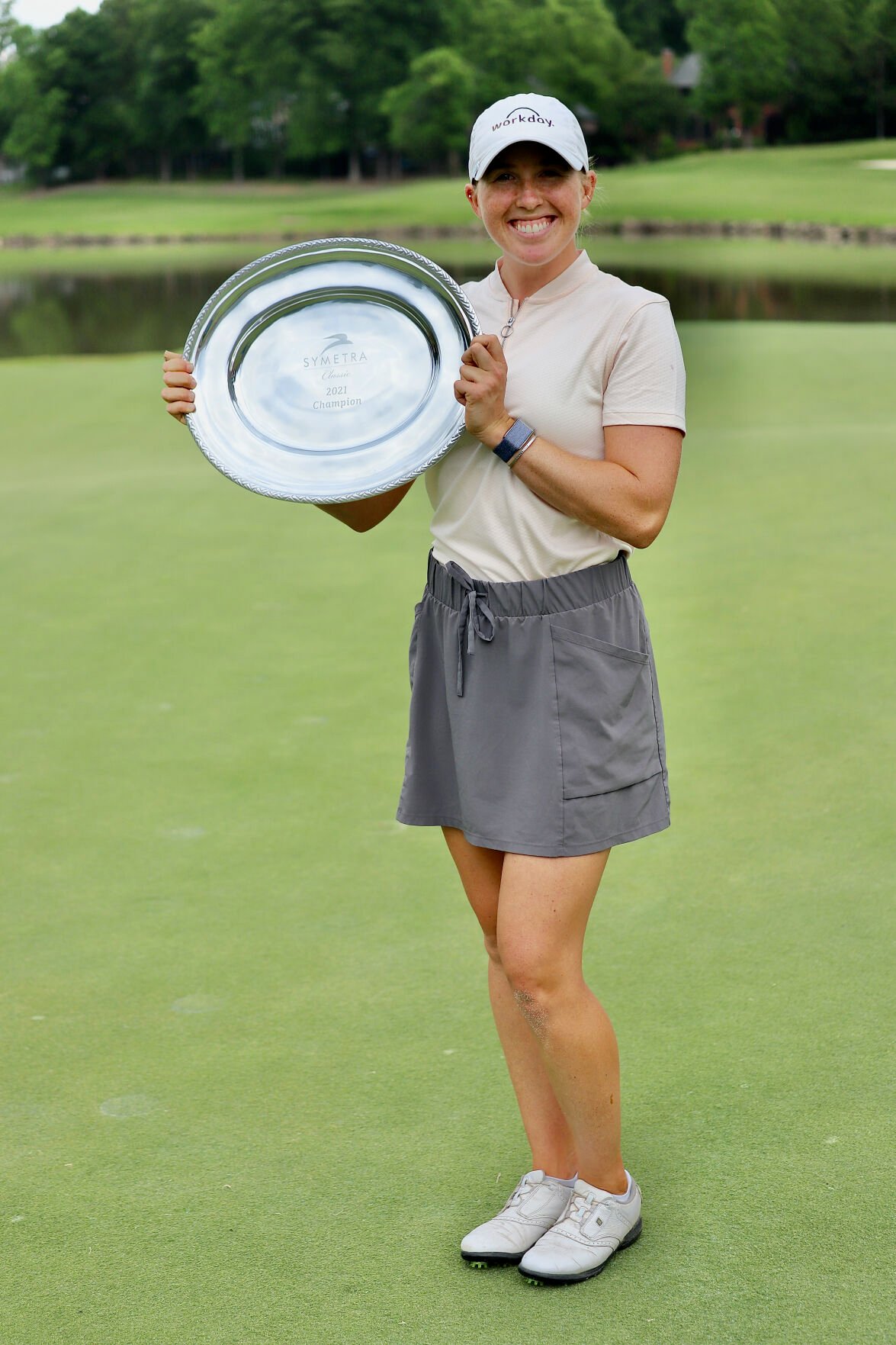 Two holes later, Danielson had outlasted Fernandez Cano for her first Symetra Tour triumph and third as a professional. She won the Ladies European Tour Qualifying School in 2017 just months after wrapping up a decorated career at Stanford, but didn't win again until capturing a Cactus Tour event earlier this spring in Beaumont, Calif.

“I don’t know if it has really set in yet, but I am really excited, especially to win the Symetra Classic and be able to represent Symetra and the Tour,” Danielson said. “I really love this golf course here at River Run (Country Club). It’s really peaceful and it was a lot of fun with all the people watching especially in the playoff.”

Then again, Danielson felt at home all week. She told reporters that her host family — the Johnsons of nearby Mooresville — helped take her mind off of golf and that she clearly got good vibes from their daughter, Caroline, a high school sophomore who shot 76 earlier in the week and finished second at the NCHSAA 1A/2A Girls Golf State Championship at Pinehurst No. 8.

"They were so fun and so supportive and just excited to have me around," Danielson said. "We stayed up lots of nights chatting just about life so that was really fun. ... We just really connected and it was a lot of fun."

Life took on a new look for Danielson as she drove away from River Run.

She will tee it up next in this week's IOA Golf Classic at Alaqua CC in Longwood, Fla., where she finished T-3 a year ago and T-9 in 2019. The Symetra Tour will stay in the Orlando area the following week for the Mission Inn & Club Championship in Howey-In-The-Hills.

“I am really excited to be going back to the Orlando area," Danielson said. "I have played at Alaqua a few times now and it always fun to go back there. It’s a really great course and a really great event, so I am looking forward to it."

While the thought of playing on the LPGA Tour might be more of a reality now than it was when she arrived in North Carolina, Danielson knows her breakthrough win is merely one step in the right direction. The four-time WIAA Division 2 state champion knows there are still 12 events to go before the season-ending Symetra Tour Championship in early October.

"Getting a win definitely gives me confidence and kind of that boost up the money list that I would need to make the top 10," Danielson said. "But there is still a lot of golf left this season and so I'm going to have fun (Sunday) night and celebrate and then, you know, keep my head down and keep working because it's not over until the last putt falls in October."