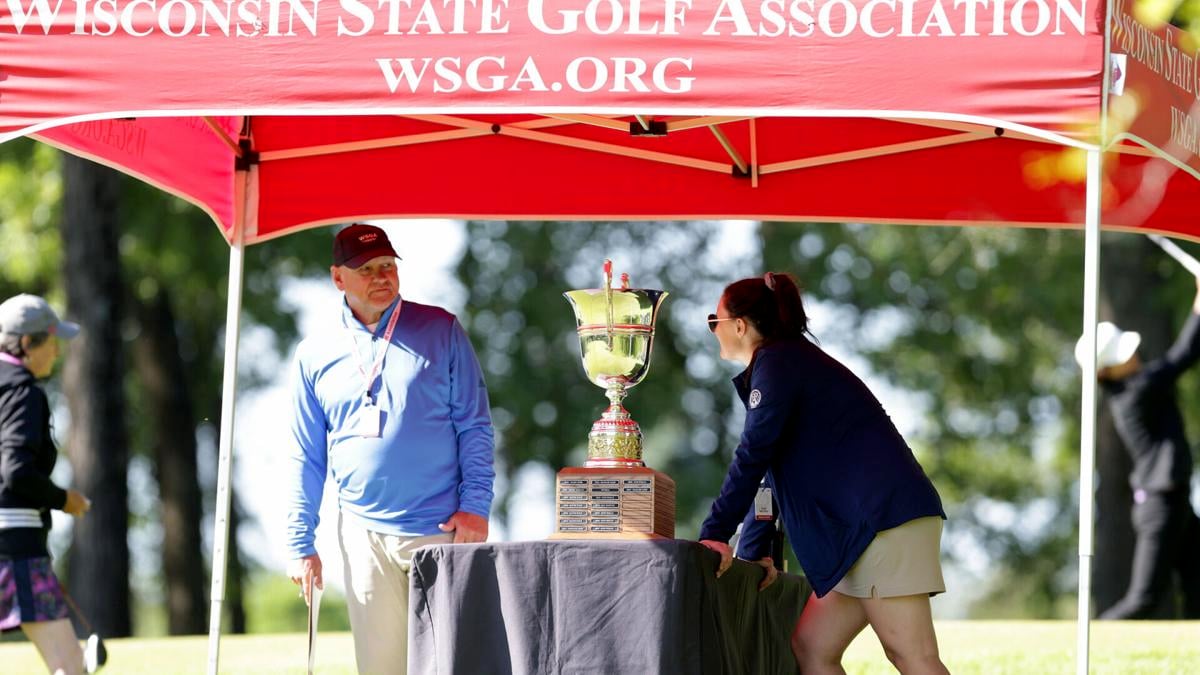 The WSGA’s Gary Wild and Sophia Mazurek staff the tent as they start the foursomes during the Women’s State Senior Championship played in 2020 at played at Lake Arrowhead GC in Nekoosa. 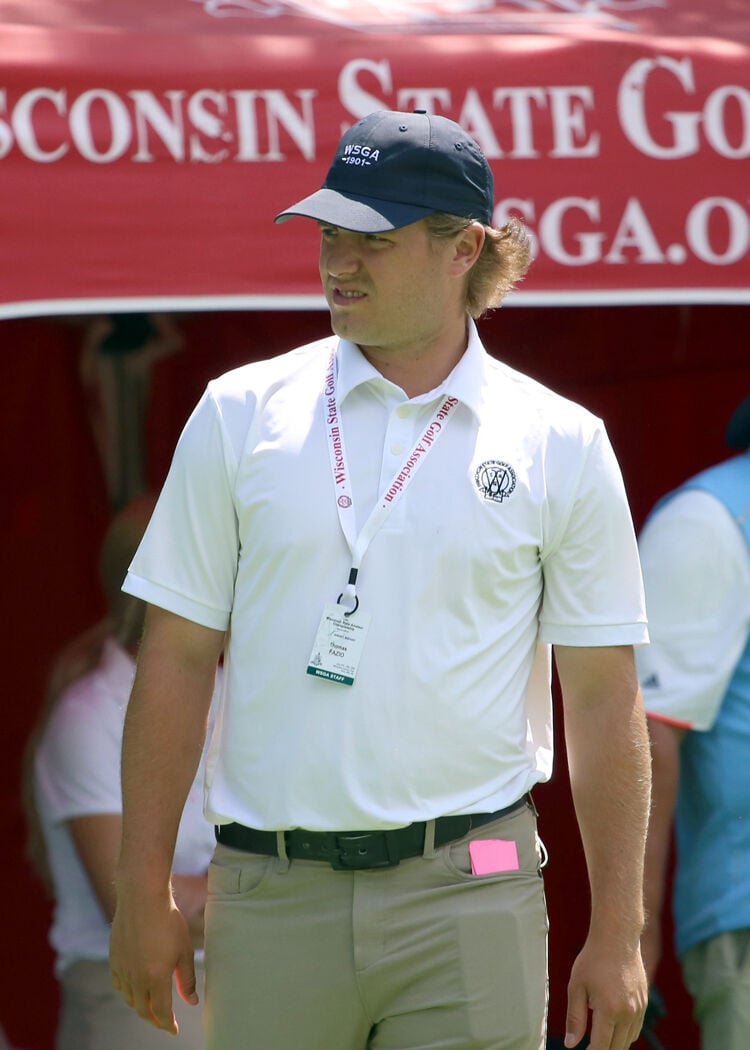 As much as it raised awareness and saw growth in participation during its first year overseeing Wisconsin's women's amateur golf championships, the Wisconsin State Golf Association believes its work has just begun.

"I would say, right now, our major concern is getting that younger generation (involved), starting with the college kids," said WSGA tournament manager Thomas Fazio, who was hired full time a year ago after the WSGA took over tournament administration duties from the Wisconsin Women's State Golf Association.

And the winners were ... The 2020 Wisconsin tournament champions

"We have so many college programs right here in Wisconsin. Unfortunately, we don't see as many of those golfers playing in the women's events and haven't in the past. That's a big thing our staff wants to see. Whether that means us reaching out to those college coaches, just promoting our events and telling them these are great championships and to get (their) players involved in the summer. They are great opportunities to play at a high level."

In releasing its 2021 women's amateur schedule this week, the WSGA has relaxed eligibility requirements for college golfers to compete at the highest level in its two major amateur events — the Wisconsin State Women's Match Play Championship, to be held June 7-9 on the Trevino Course at Geneva National Golf Club in Lake Geneva, and the Wisconsin State Women's Amateur Championship, to be played July 12-13 at The Legend at Merrill Hills Country Club in Waukesha.

A year ago, WSGA rules that carried over from WWSGA administration of those events required golfers to carry a 6.4 handicap or better to compete in the championship flight of its two signature events. At the State Women's Am, that resulted in UW-La Crosse golfer Andrea Schleeper of Verona winning First Flight, Emory University golfer Lillian Knetter of Madison winning Second Flight and UW-Stout golfer Grace Warrner of Lakewood winning Third Flight.

The WSGA, working with its women's competition committee, has eliminated the net divisions for the State Match Play and State Women's Am, Fazio said, and relaxed the handicap maximum for Championship Flight to 9.4. In addition, golfers with handicaps greater than 9.4 can request to compete in Championship Flight — a nod to the effort to give college golfers the best competitive experience against the strongest golfers in the field.

"That was the toughest thing (in 2020)," Fazio said. "We were getting ready for the State Am and we had some college girls — Division I, Division II, Division III — whose handicaps were maybe just a little too high or they didn't have enough scores posted. We had someone from the women's committee or the staff calling them and telling them 'Hey, you can't play in the Championship Flight.'

"As a staff, it just didn't sit right for us that we're telling someone that they are not allowed to play."

Indeed, the 2021 schedule reflects an effort by the WSGA and its women's competition committee to include as many girls and women who want to play competitive golf in its women's events as it can.

Fazio said the first year of WSGA oversight of women's amateur events resulted in several modifications to tournament formats. Among them:

Fazio said the interest in growing women's golf extends beyond the WSGA office.

"We've had a lot of courses reach out to Bill (Linneman, the WSGA's director of rules and competitions), asking to host women's events specifically," Fazio said. "There are a few courses that really are on the same page as us in trying to promote, advocate and advance women's amateur golf. A lot of these courses, even on the schedule this year, were ones that reached out individually asking to host a women's championship.

"That's really exciting from our staff's standpoint as well. A lot of these courses, which have hosted major men's events in the past, are really on board and really wanting to host a Women's Match Play or Women's (State) Am or even a Women's Four-Ball. They want to be part of (the growth) as well."

The WSGA events complement what the Wisconsin PGA has in store for the Wisconsin State Women's Open, to be played on the famous Links Course at the GCs of Lawsonia in Green Lake, and the Badger Mutual Insurance Women's Amateur at Brown Deer Park Golf Course in Milwaukee. Fazio believes golf's governing bodies are giving Wisconsin's most competitive women's golfers a reason to compete closer to home.

"Right now, our women's amateur golf is really dominated by the senior-level (golfers)," Fazio said. "We're also looking for that college-age to mid-am (golfer) — so (those in their) mid-20s and 30s — and really trying to get those women back involved in the game, back playing and playing in a competitive format. ... Our overall goal when we combined and took over the WWSGA and put it under our umbrella, we were trying to open up opportunities to all women of all abilities the chance to play and compete in amateur golf at the highest level they choose in the state.

"We just want to see women's golf grow and flourish in the state of Wisconsin. The WSGA is dedicated to making that happen."